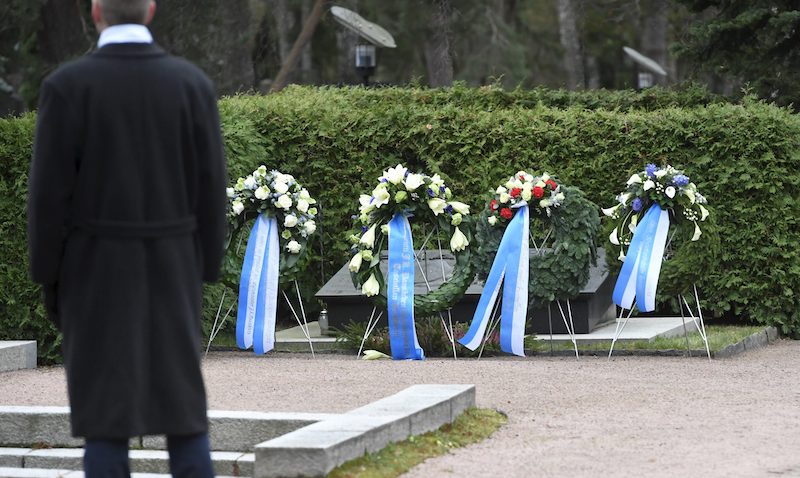 Dignitaries placed flowers on President Paasikivi's grave in Helsinki on 27.11.2020 on his 150th year of celebration

President Juho Kustaa Paasikivi was born 150 years ago. On Friday, November 27, the birthday was celebrated with a solemn event on the internet. Without a doubt, Paasikivi belongs to the prominent figures of Finnish history. He has had a great influence on our eastern politics, on principles, and Modus Operandi in our relations with Russia.

In Finnish Russia-debate, there is always a tension between principles and pragmatism. The EU-decisions on sanctions are built upon principles, while the business world likes to continue with business as usual. Such a contrast is not rare when judicial principles collide with the usage of violence, and outsiders must suffer. But the question could be asked: Are we outsiders?

Without a doubt, Russia’s Ukraine-politics have had repercussions affecting us as well. It actualizes the existential questions surrounding Finnish security. It invokes unpleasant memories, like when Putin expresses understanding for the Molotov-Ribbentrop pact. It should also remind us of our long-running eastern politics.

It is worrying that there are those ready to understand the Russian demands of a sphere of interest, in which the country has the right to interfere. The excuse is that Ukraine is not a functional state and that Crimea once belonged to Russia, and can therefore be reclaimed. What is their reasoning regarding Finland in that case, which once belonged to the Russian Empire?

There is a difference between Paasikivi’s and President Kekkonen’s opinion of the neighbor. Simply put: Kekkonen was clearly afraid of the world power, The Soviet Union, and wanted to believe that friendship-politics would protect us. In combination with the unavoidability of geopolitics, this led to an affirmation of the Soviet’s “Legitimate security concerns”. With that, we belonged to the Soviet sphere of interest, not by our own free choice, but because of the geography combined with the outcome of the war. 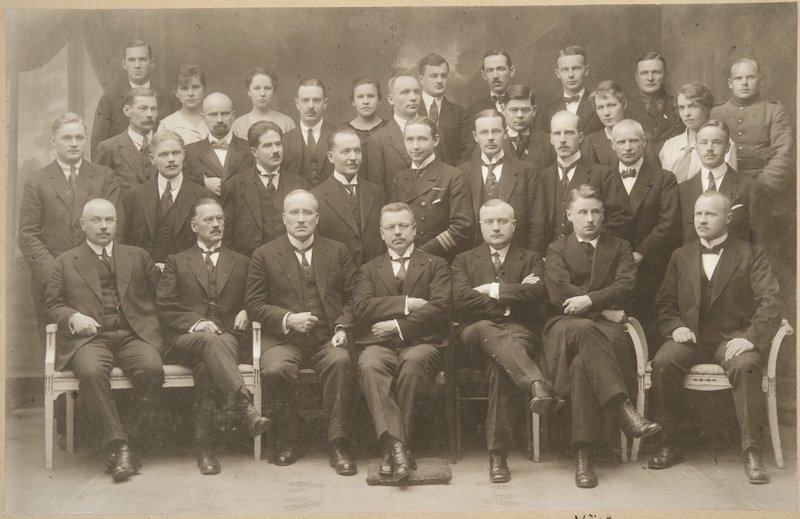 From Paasikivi’s diaries, it is clear that he acknowledges the character of the world power and its security interests. This requires objectivity and sensibility in our Russia-politics, but at the same time, he warned against trusting the Russians and their goodwill. A world power does not love a small neighbor, at most, it is tolerated. There was no slave who whispered in Stalin’s ear: Master, master, remember Finland.

The following myth in particular is cherished among a few cliques: Finland assumes a special privileged position in Russian foreign policy. However, to cultivate it is a dangerous self-deception. Admittedly, there has been some goodwill directed at us from the Russian people, but it is so easily destroyed by false propaganda spread by, for example, the defector Johan Bäckman.

Regarding the question of how we view the Russians, I usually answer: We can like Russians as individuals but dislike them as a collective (the Russian state idea). Russophobia is not a good foundation for realistic Russia-politics. Let the merchants trade as long as possible (until their investments are confiscated?), and let us try to differentiate between Putin’s doctrine and his subjects, those that the nomenklatura try to brainwash to include the new yet old doctrines of the empire.

We cannot stop Putin’s Russia from viewing us and the Baltic as within its sphere of interest, but we don’t have to accept it. Even today, there’s good reason to remember Paasikivi’s realistic opinions.

The author was the foreign minister of Finland during Bresjnev’s time.