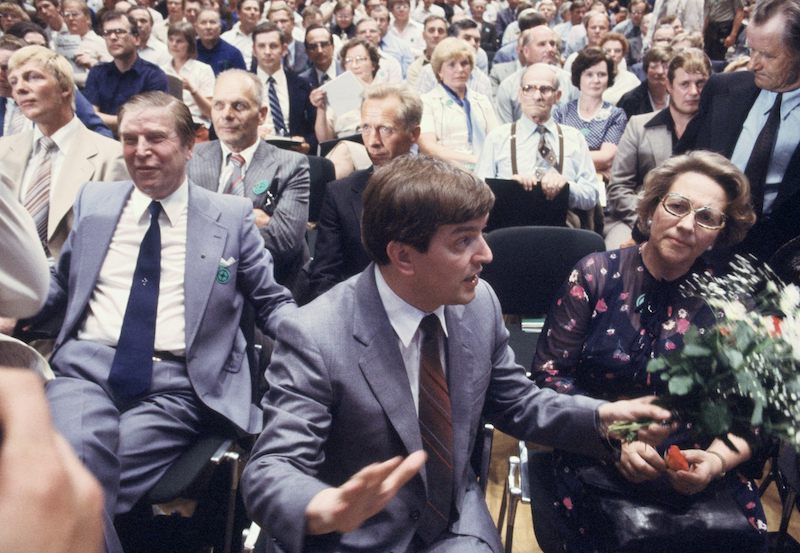 Paavo Väyrynen being elected Center party leader on 14 June 1980 in Turku. Johannes Virolainen on his right and Marjatta Väänänen on his left / Lehtikuva

No one living and working in Finland can avoid hearing about Paavo Väyrynen. He’s a former party leader for The Centre Party and a long-standing foreign minister. Now, after a few forays within and beyond the political margins, he’s back in national politics. He has returned to his old party through the backdoor by allying himself with the infamous Swedish district of The Center Party and managed to be elected in the party’s executive board that way!

You can certainly claim that Paavo Väyrynen has become an icon within Finnish politics. Is it perhaps too frivolous to compare him to the role ski jumper Matti Nykänen played in the world of sports? Regardless, Paavo’s venture in the political scene has been lengthy, and he has on occasion made positive contributions as foreign minister.

His journey from the highest political positions, to today’s political emergency landing in the small Swedish section of The Centre Party in the Swedish Peoples Party-dominated municipality Malax in Ostrobothnia, has been long and winding. We were both elected to parliament in 1970, and due to the cooperation within the political center of the time, we agreed on most questions. He was successfully building a relationship with President Kekkonen, which resulted in him becoming foreign minister in 1977. UKK (President Urho Kalevi Kekkonen is often abbreviated this way) probably wanted to put Ahti Karjalainen in his place and give Paavo a platform, from which to launch his campaign to become chairman of the party. It succeeded, and he beat Johannes Virolainen just barely in 1980.

In other words, his success came relatively early, but at the same time, so did the setbacks. When Koivisto’s government was formed in 1979, it became clear that the UKK-era was coming to an end. It remained unclear to me whether Paavo actually believed that Karjalainen had a chance at the presidency, but one thing was certain: He wanted to stop Mauno Koivisto in his tracks. We who experienced Paavo’s attempts inside the government to force its resignation witnessed his cold-blooded maneuvers with increasing worry.

When the TV-series about Koivisto, which retold parts of the events, came out at the turn of the year, Paavo protested: It wasn’t so, he wasn’t guilty. We who participated in the crucial government meetings saw that one of his goals was to stop Mauno from becoming acting president by forcing the government to resign. He lost; even when The Center Party nominated Virolainen as their candidate. Understandably, President Koivisto rejected him as the foreign minister (and chose me instead).

His year in quarantine also wasn´t very easy. His cabin on runners in his municipality of origin Keminmaa received nationwide attention and made a laughingstock of himself, and he accused the press of unwarranted harassment, despite he himself approving of the interview-texts. The concept “väyrystely” was coined; Suomen Kuvalehti published this headline: “Kukaan ei luota Paavoon”(Nobody trusts Paavo, 18.6.82).

But he returned as foreign minister by demanding the position as a condition for The Center Party’s participation in the new government. Koivisto felt forced to accept him, although under the watching eye of Mauno. The so-called “Vault agreement” (kassakaappisopimus) 1987, his sudden resignation from the party leadership in 1990, followed by his campaigning against joining the EU should also be mentioned.

It’s easy to lose track of all the times he has joined governments and left his own parties. Stubbornly, Paavo continues to believe in his calling to steer the country in his preferred direction. A full-blown fundamentalist in other words. In his last book, the author Claes Andersson recounts a meeting with Paavo where he asks: Why do some people dislike me? Maybe because you haven’t admitted to your mistakes, Claes answers. Well, one time I thought I was wrong, but as it turned out, I was right anyway, Paavo responds.