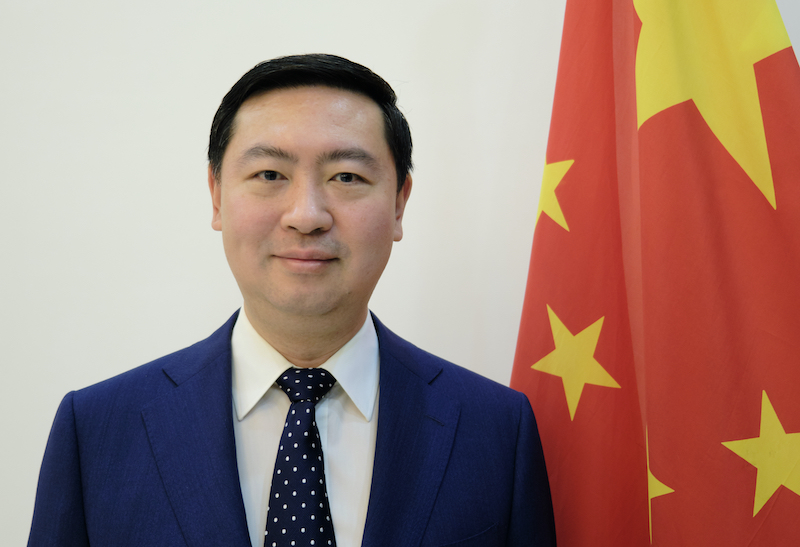 On 28 October, 1950, China and Finland established diplomatic relations. Today marks the 70th anniversary of our diplomatic ties. For those who care for and support the development of the bilateral relations, today is a big moment for commemoration. It is with joint efforts of people of all circles in both countries that our bilateral relations have enjoyed a rapid and all-around growth, bringing tangible benefits to the two peoples.

70 years have witnessed our increasingly enhanced political mutual trust. Finland was among the first western countries to recognize and establish diplomatic relations with China, and was one of the few western countries to support China's restoration of the lawful seat in the UN in the early 1970s. It can be said that Finland has all along accompanied and participated in China's development. In recent years, the two countries have enjoyed frequent high-level exchanges and enhanced mutual trust and strategic communication, leading the bilateral relations onto a fast track. In April 2017, President Xi Jinping made a state visit to Finland on the occasion of the centenary of Finland's independence. The visit came 22 years after the last time the Chinese president visited Finland. The two heads of state jointly announced the establishment of future-oriented new-type cooperative partnership between China and Finland. In January 2019, Finnish President Sauli Niinistö paid a visit to China. The two presidents exchanged state visits in less than two years, marking a new record in the bilateral relations.

70 years have witnessed substantial progress in our mutually beneficial cooperation. Finland was the first western country to sign inter-governmental trade agreement with China. The first business transaction between the two countries started in 1951, when Kaukomarkkinat Oy exported 4,000 tons of newsprint in the way of barter trade. In 1956 when the speaker of the Finnish Parliament Mr. Vieno Johannes Sukselainen visited China, it took the delegation 26 hours and 8 stops to arrive in Beijing. Now China has become Finland’s fourth largest trading partner globally and the largest in Asia for 17 consecutive years. Eight cities in China have established direct flights with Finland. Instead of more than one day, it now takes only seven hours between Helsinki and Beijing. The China Railway Express operated between China and Finland plays an active role in supporting economic growth and stabilizing industrial and supply chains of the two countries. Our two economies are highly complementary and have great potential for pragmatic cooperation in areas of green economy, clean energy and digitalization with a new round of technological and industrial revolution.

70 years have witnessed long-standing friendship between the two peoples. People are always the supporter, contributor and the biggest beneficiary of China-Finland friendship. From China’s first appearance in 1952 Helsinki Olympics to the 2019 China-Finland Year of Winter Sports launched by President Xi Jinping and President Sauli Niinistö, from the first large scale cultural delegation to China headed by Mrs. Sylvi Kekkonen, spouse of the then Finnish Prime Minister Urho Kekkonen in 1953 to “Happy Chinese New Year” celebrations held in Helsinki in the past 14 years, from Santa Claus’ visit to China to the settling down in Finland of two “ambassadors”, giant pandas Lumi and Pyry, various examples demonstrate the ever deepening of our people-to-people exchanges in sports, culture, tourism, education, etc. During COVID-19 pandemic, the both sides also express sympathy and support to each other.

All the hard-won achievements in the bilateral relations are the result of  efforts and wisdom of generations. In retrospect of seven decades journey, the most important enlightenment and experience we can draw is that the two sides have always acted in the spirit of mutual respect, equality and seeking common grounds while shelving differences to respect each other’s development path, take concrete steps to accommodate each other’s core interests and major concerns and properly handle differences in a bid to maintain the political foundations. Currently COVID-19 pandemic is still spreading globally and the world landscape is undergoing complex and profound changes unseen in a century. At this historic moment, mature, stable and healthy bilateral relations are of especially great significance that links the past and the future, and are in accordance with the common interests and expectations of the two peoples. The two sides should continue to grasp the correct direction of the bilateral relations and to ensure steady and long-term development in the next 70 years to the benefit of the two peoples.

Ambassador of People's Republic of China in Finland