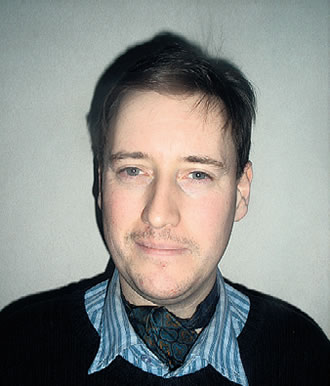 The concept of Culture Shock turns out to have a fascinating history, writes Edward Dutton.

THERE can’t be many expatriates in Finland who haven’t come across “Culture Shock”. But few realize that it was thought up by an academic who was raised in a Finnish national romantic commune on a wild Canadian island and that it actually keeps alive some of that commune’s utopian ideology. Culture shock can ultimately be traced back to that great cause of it: Finland!

The first stage is that you begin with a ‘honeymoon phase’ of naïve fascination. But you soon reject the new culture, exclusively befriend fellow foreigners (often to moan about the ‘natives’) and irrationally romanticise your own culture. This is the second stage after which comes the breakthrough and the final stage. You realise that the new culture is ‘just another way of living.’ After that, it all makes sense and your culture shock evaporates.

This was the three-stage model of culture shock presented by Canadian-born anthropologist Kalervo Oberg (1901-73) and published in academic journal Practical Anthropology in 1960. Since then, it has grown into a very influential idea. Exchange students and expatriate business people are told that they will experience culture shock, just as Oberg explains it. Even British soccer players talk about undergoing culture shock when they transfer from one soccer team to another.

And considering Oberg’s extraordinary background, we can understand why culture shock should have fascinated him even more than other culture experts. Oberg was raised, in his early years, in a Finnish nationalist, utopian commune with a charismatic, divinely-inspired leader. Not only was this commune the epitome of stage two of culture shock but Oberg strongly defended the commune’s ideology and his culture shock model reflected it in many ways. There is a tragic (Finnish) ‘cult’ behind culture shock. It is a little-known part of Oberg’s life and it may well partly explain why he was the one to the develop culture shock and develop it as he did.

Even before Oberg was born, in January 1901, his father August, who had left Finland for Canada in 1888, was busy planning the commune, of which he was to be treasurer. Finns had been arriving in Nanaimo, British Columbia, since the 1880s. August had left Lammela, a farm in Merikarvia near Pori, to work in Nanaimo’s coal mines, as had so many others. The commune would be called Kalevan Kansa (“Folk of Kaleva”), a reference to Finland’s national epic Kalevala, published in 1831 and a central part of the country’s growing nationalist fervour. Kalevan Kansa rejected the native culture and romanticised the homeland.

The records imply that August Oberg was a rather mysterious man. At some point in early adulthood, he changed his surname from Mikkola to Wuorinen (Vuori meaning “mountain”). Upon arriving in Nanaimo he flipped between this and Oberg, a rough Swedish translation of his surname, but his son was registered as Kalervo Wuo-
rinen when he was born. August eventually settled on Oberg. But his eccentricity was nothing compared to that of the commune’s leader.

Matti Kurikka (1863 – 1915) was a celebrity for Finns, at home and abroad. Kurikka was a vehement critic of the Finnish Lutheran Church, railing in favour of a religious community based around love and equality. The editor of Työmies, one of Finland’s biggest newspapers (avidly read by Finns in Nanaimo), he denounced capitalism, and even marriage as “a capitalist license to rape”. He strongly criticised the Finnish authorities, advocating independence from Russia. Forced out of the country in 1899, Kurikka set up a Kalevan Kansa commune amongst Finns in Australia. It collapsed within a year, partly due to widespread alcoholism, but it was then that August Oberg and his fellow miners paid for Kurikka to come to Canada and lead them.