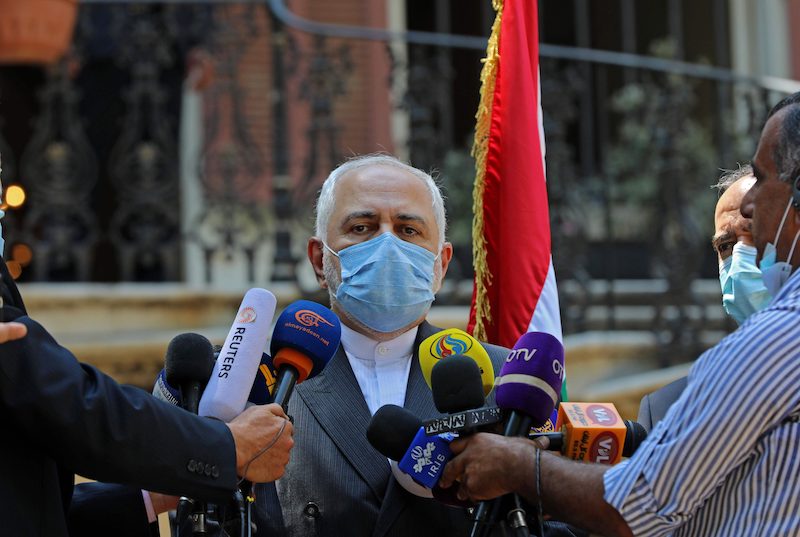 What we in Iran–the target of a vicious and indiscriminate sanctions regime—have seen from the current U.S. administration is quite straightforward: there is no grand vision for an alternative global community. The U.S.’ fickleness and unpredictability have nothing to do with masterful implementation of game theory. Rather whether it comes to its (mis)management of COVID19 at home or its undermining of peace and stability abroad, the current regime in Washington has no real plan except to frontally assault those who stand by the rule of law.

The U.S. handling of UN Security Council Resolution 2231, which endorsed–and is inseparable from—the Joint Comprehensive Plan of Action, commonly known as the Iran nuclear deal, is a case in point.

In July 2015, Iran, the United States, Russia, China, Britain, France and Germany signed a landmark agreement to satisfy any concerns over the exclusively peaceful nature of our nuclear program while relieving the Iranian people of inhumane and unjust sanctions. As part of the JCPOA, the U.S. and other signatories also jointly co-sponsored UN Security Council Resolution 2231, which embraces the nuclear deal–and to which its full 90 pages are attached, thus enshrining the accord into international law. However, in May of 2018 the U.S. administration declared that it had unilaterally opted for “ceasing participation” in the JCPOA.  Since then, Iran and the rest of the international community have been left in the extraordinary position of watching the U.S. become the first government in UN history that not just violates a binding resolution it itself sponsored, but also punishes those governments and companies that uphold international law by implementing its provisions. As I warned the Security Council last month, this status quo is neither desirable nor sustainable. We are thus at a crossroads.

The U.S. administration’s disinformation campaign—including false and forged claims regarding a regional consensus—about the consequences of the remaining signatories to the JCPOA upholding the deal’s provisions—including normalizing Iran’s defense cooperation with the world in October–is a ruse to disguise its real, more malevolent motivations: having failed to collapse Resolution 2231 after over two years of the most brutal “maximum pressure” ever imposed on a nation–including depriving ordinary Iranians of access to medicines and medical equipment amid the deadliest pandemic the world has seen in many decades–the U.S. now hopes to abuse its mal-interpretation of the provisions of the same resolution it abandoned in 2018 to finally destroy it. This deeply malicious U.S. behavior is evident throughout the UN, where it seeks to use the UN itself to effectively destroy the world body.

There are several key issues and consequences to consider in this equation.

First and foremost, one may wonder why or how the collapse of a single UN Security Council resolution on a niche subject relates to the bigger picture. It does, for most notably it would be a generational setback for the cause of multilateralism should the Security Council be bullied into torpedoing its own resolution. Unless all powers respect the principles which the Council was created to embody, it cannot perform its duties, nor can any nation acknowledge its authority.

We should not forget that the same U.S. regime has fatuously also withdrawn from the WHO amid the worst global pandemic, but now seeks to lead the WHO reform process, to the chagrin of its closest Western allies.

If the U.S. is allowed to continue on this path, the world will slide backwards toward a ‘might makes right’ standard. And while this may sound appealing to Cold Warriors looking for new targets, even that standard has its limits. For both superpowers of the past century witnessed the unraveling of their international influence in their military defeat in Afghanistan, a country with a GDP that is 14 times smaller than Apple Inc.’s annual revenue.

We have also seen in past years how the U.S. administration has—in parallel with its assault on international institutions and accords—sought to supplant international law with its own domestic laws. In practice, this has meant that it is now the U.S. Treasury and not European national governments which decides with whom European companies can do business—be it under Resolution 2231 or their own North Stream gas lifeline.

While it has so far primarily been the U.S. that has sought to expand the jurisdiction of its domestic laws, there is nothing to suggest that it will retain a monopoly on it. With the opening of this Pandora’s box and with complacency on the part of some national governments, it is not difficult to imagine a future where ordinary citizens and private enterprises alike may end up having to contend with the extra-territorial application of multiple and growing series of domestic laws—debilitating international travel, trade and investment in a retrograde step for our globalized world.

Thus, the international community in general–and the UN Security Council in particular—face an important decision: do we maintain respect for the rule of law, or do we return to the law of the jungle?

While Iran has proven its resilience and decisive response to coercive bullying, I am confident that—in the next few critical weeks and months—members of the Security Council will refute the campaign struggle of a beleaguered U.S. administration to turn what was the diplomatic achievement of the 21st Century into an exercise in futility, and in the process annihilate what is left of multilateralism and international law.

This is a "Viewpoint" opinion column. The views and opinions expressed in this article are those of the author(s) and do not necessarily reflect the views or position of The Helsinki Times.