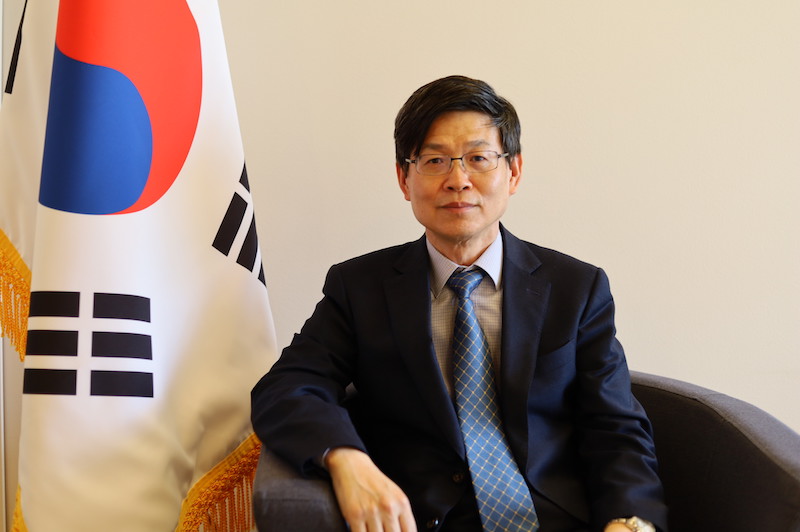 As Covid-19’s spread subdues in Finland and other countries, harsh restrictions to curb the transmission are being loosened gradually. Although this fight won’t end soon, hope to have a more normal life is getting high. In this global fight against Covid-19, countries have adopted various approaches, but the South Korean way has caught the eyes of the world, and for good reasons.

In early March, my country had the highest number of confirmed cases in the world outside China. Many countries shut down their borders against South Korean travellers, and foreigners hurriedly left the country.

With a population of 50 million people packed in an area the size of Iceland, South Korea has one of the highest population densities in the world, making it particularly vulnerable against infectiousnormalise diseases such as Covid-19.

But a dramatic reversal fuelled by its 3T strategy, “Test, Trace and Treat” has made South Korea a true success story in which no new locally spread case was reported at the end of April. Against this backdrop, in early May, South Korea entered into a new phase to normalise life by lifting most of the existing restrictions. For example, the Professional baseball league in South Korea has been opened and US Cable channel ESPN is broadcasting it in the USA for the first time.

Although a new cluster of infections was found to have originated from nightclubs in Seoul recently, locally spread infection cases have once again decreased to single digits. This is thanks to aggressive mass testing and tracing; Korea’s trademark strategy. Following this club cluster alone, more than 56,000 tests for mostly asymptomatic people have been performed. How could nightclubs in which several hundred congregate stay open in Seoul, while other countries are implementing lockdowns? This question leads to the fundamental principles of the South Korean approach: transparency and openness.

The government garnered trust from its people through regular televised daily briefings (more than 200 times so far) and transparency in releasing relevant, detailed information. The citizens were able to clearly understand the government’s strategy as well as the local Covid-19 situation without being shaken by vague anxiety, thereby enabling voluntary cooperation for social distancing.

In an unconventional move, South Korea has kept its borders open to foreign travel, while relying on enhanced monitoring. This openness policy has been applied domestically as well. Even Daegu, the country’s most affected city which was responsible for skyrocketing South Korea’s Covid-19 cases last March remained open without a lockdown. Except for schools, almost everything from theatres to restaurants have maintained business as usual. Andrew Lloyd-Webber has called for learning lessons from Seoul, the only country where his most famous work, The Phantom of the Opera, is still being performed on stage.

The April 15 general election in South Korea recorded the highest voter turnout rate of 66.2% in 28 years. This was only possible against this while wearing disposable gloves, keeping a distance of 1m, and checking body temperature in an orderly manner.

Korea’s transparency and openness principle have been empowered by its mass testing capacity and IT technology. The government’s quick response in collaborating with companies to develop diagnostic reagents made it possible to perform 30,000 large-scale tests per day. Besides, creative measures such as “drive through” and “walk through” testing stations - which are already being benchmarked in various countries - were introduced, self-diagnosis and self-quarantine apps were also developed to monitor foreign entrants and people in self-quarantine.

The Finnish government recently announced its new hybrid corona strategy “Test, Trace, Isolate and Treat” with the development of a tracing app. This seems to be in line with the South Korean 3T approach. During their April 22 phone call, President Moon Jae-in and President Niinistö compared both countries’ COVID19 notes, finding common grounds and agreeing to strengthen cooperation between the countries. We already had cases of collaboration, such as the Mehiläinen project, were sent Finnish test samples were sent to Korea for analysis.

In the post-Covid-19 world, a significant task awaits us in repairing the economy. With strong IT sectors, both countries look to digitalisation as a vehicle to refuel their economies. South Korea recently announced the so-called “Digital New Deal” program to revitalise its economy. “Untact and Digital SOC” are keywords to this new initiative. The Finnish government also gathered a team to assess the impacts of digitalisation during this crisis, and to draw up a plan to help economic recovery. I believe that this time again, we should compare our notes to find common ground. Last year’s agreement to jointly develop a 6G network between South Korean research institute ETRI and the University of Oulu is a clear sign of potential for more cooperation.