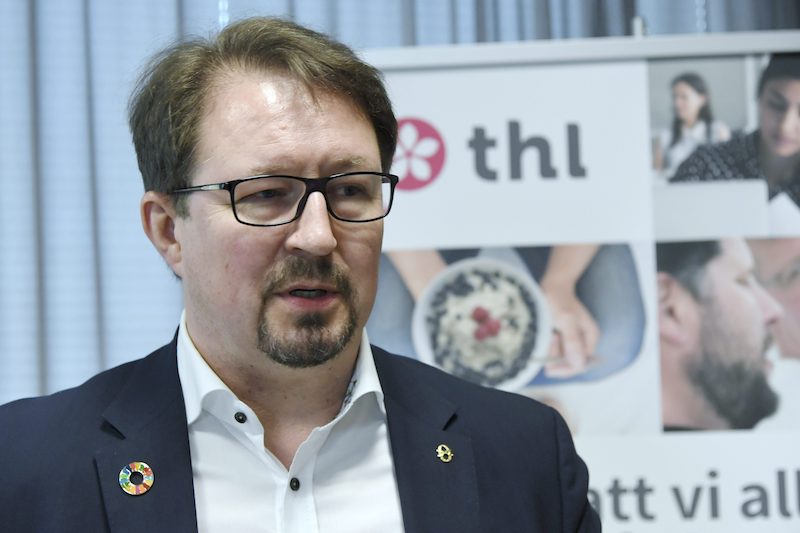 When a cruise ship sinks in the ocean or an airliner crashes and the causes are examined retrospectively, human error turns out to be the most common cause of the disaster. Someone pushed the wrong button, miscommunicated, slept on his watch, missed the signs or misunderstood or disobeyed instructions.

In our Titanic today, that navigator, who doesn’t believe in maps and thinks the best way forward is right through the iceberg, seems to be Mr Mika Salminen, The director of health safety at Finnish Institute for Health and Welfare (THL).

In an interview published in the Finnish daily Helsingin Sanomat yesterday, Salminen said: “We honestly don’t understand WHO’s recommendations on testing. We won’t be able to eradicate this disease globally anyway.”

"To suppress and control the epidemic, countries must isolate, test, treat and trace," the WHO's Director General Tedros Adhanom Ghebreyesus told a media briefing.

When asked why the successful strategy of South Korea, which was able to reduce the number of cases dramatically by intensive testing and isolation can not be used in Finland, he said: “Let me be straight with you, that model is not implementable in the Nordic Countries.” Salminen believes that widespread testing is useful when the chain of transmission is still stoppable. “Finland will not start widespread testing”.

These assumptions have already been proven false. China has been able to bring the new domestic cases to zero despite having a much larger infection rate than Finland. South Korea took the spread under control with 15000 daily testings. At the moment, there are only an estimated 250 000 infected and 11 000 deaths globally, which are both still very small numbers compared to the global population.

Finland was caught unprepared for the pandemic. Delays, bad decisions and lack of action dominated the initial response of Finland until this Monday when many good measures were taken.

It has now come to light that there are not enough protective gears, masks, disinfectants and test-kits for Covid-19 in the country. All of these should have been foreseen and taken care of -  the latest back in February when the virus started spreading outside China and later from Italy to Finland. Also, because of a disastrously wrong and rather conservative testing strategy, we lost track of how many people have been infected in the country. Officially there were 450 confirmed cases in Finland today; The real number is estimated to be 20 - 30 times higher than the official confirmed cases.

There have been several indications that even the health care staff are not being granted tests despite having symptoms. Two nurses who matched all the criteria, and had recently come back from disease hotspots struggled to get tested.

The reason behind lack of preparedness or over-conservative testing practices was so far unknown, but Salminen now reveals in the interview that although the testing capacity in Finland is 1 500 tests per day, the full capacity is not used and tests are limited to the absolutely necessary, which are the patients needing hospital care.

Tragic consequences of this strategy came to light yesterday when a nurse working at cancer and organ transplant ward of the Children’s Hospital of HUS was confirmed to have the Covid-19 infection. Twenty-four other staff members, including two doctors who had been exposed to the infection, are now quarantined. HUS says that the infected nurse was not in direct contact with children in that ward, who are often immunosuppressed and would not survive a viral infection. There is no information about whether secondary contacts exposed patients or not.

Salminen reiterates that “test is not therapy” and testing is not easy and should be used sparingly, but even if there would be more than enough kits, capacity, staff and equipment, people with mild symptoms will not be tested.

Basically what Mr Salminen is saying, is that he would rather let the test kits expire and go to trash, than use them to diagnose non-critical cases. This is astonishing. Knowledge of virus transmission is extremely important in keeping track of the pandemic. On an individual level, testing has significant benefits. If the test is negative, the person can go on with ordinary productive life. In case the result is positive, all contacts can be tracked and tested, while he or she can be quarantined and avoid infecting others.

So what is Mr Salminen’s strategy for fighting the pandemic? What he mentions in the interview comes down to a mix of fattening the curve and herd immunity.

Herd immunity, which was also initially suggested by Boris Johnson and then quickly withdrawn, has been rejected by the vast majority of experts as a strategy to fight Covid-19. “I’ve been talking to other academics, science journalists, private companies, & gov’t people all of today and still struggling to understand this,” Devi Sridhar, Chair of Global Public Health at the University of Edinburgh tweeted referring to UK’s herd immunity strategy. “The gov’t seems to be following flu playbook strategy. But this is not the flu. COVID-19 is much worse & health outcomes are sobering.”

But let’s have a look at how would herd immunity work for Finland.

For Herd immunity to kick in, at least 60% of the population - preferably 80% - have to contract the virus, which in Finland’s case means over 3 million people. The current estimate of SARS-CoV-2 mortality is about 3.4% based on 100 000 defined cases. As we are not necessarily detecting all cases, the actual rate could be around 1.7%. (Spanish flu mortality rate was estimated between 2.5 - 3.5%) This means up to 30 000 - 51 000 Finns have to die for Mr Salminen’s theory to work.

To estimate how quickly a virus spreads, scientists look at the two factors of reproduction number, i.e. how many people each individual with the virus is likely to infect and the serial interval, i.e. the time between one person developing symptoms and a second person becoming infected and developing symptoms. The reproduction number for SARS-CoV-2 has been 2.2, and the serial interval appears to be approximately 4 days. This means the infections double every 4 days.

Through the social distancing measures put in place in Finland last week, we basically slow down the doubling time, and bring down the reproduction number to 1.4, it means the numbers double approximately every 6 days or 16,66% per day. As the disease spreads through the population towards herd immunity, reproduction number deceases, but that is difficult to calculate. An interactive site called Corona Calculator gives an estimate of how social distancing affects transmission and mortality rates for each country including Finland.

It’s important to keep in mind that accurately estimating the case-fatality risk is difficult because milder cases are not being diagnosed and death is delayed.

Mortality rates have varied in different countries, form 0.9% in South Korea to 7.7% in Italy. Percentage of older population is one important factor in case-fatality. Also because of the lag of 23 days the statistics have not updated for countries with a climbing infection rate. A calculation published by the Finnish Institute for Health and Welfare (THL) has used a mortality rate of 0.05 to 0.1%, which has not been seen anywhere in the world. The calculation is extremely optimistic. Even though case-fatality rate decreased in China for patients with symptom onset after 1st February, we have not seen the same trend in Italy or Spain.

Ideal herd immunity scenario would aim to manage transmission so that mainly those would get infected who will have a mild illness, which is almost impossible to implement. If the transmission is not tracked and controlled, we also have no control over who contracts the virus. Herd immunity is also not easy to maintain; in the case of measles, for example, it is only preserved through very high vaccination rates.

Not testing mild cases also makes it impossible to know when the society has reached herd immunity, other than by extrapolating backwards from the mortality rate of confirmed coronavirus cases in hospitals.

If herd immunity was the main strategy, there would be no need for the extensive shutdown implemented in Finland. It would have been enough and faster to just isolate and quarantine the high-risk groups.

By flattening the curve through the social distancing measures taken at the moment, we have also slowed the transmission rate to 1.4 from an exponential average of 2. This way, the peak of the disease will hopefully not overwhelm hospital capacity. At the same time if we do not actively seek and isolate cases and let infections spread, we are not stopping, but lengthening the epidemic, and the country has to stay in shutdown for a longer period.

Based on a 60% herd immunity, if we estimate that we have around 10 000 infections today, it will take around 60 - 180 days for us to reach the 3 million infections. This means the country has to stay shutdown at least for that period of time and bury an up to 850 people per day. This is the mortality rate which Italy is approaching at the moment. The country hit a daily record number of 627 Corona related deaths today.

Another problem with herd immunity is that the more a virus changes hosts, the higher the chances of it mutating. A recent report already identifies two variants for SARS-CoV-2, the L type and the S type. “I think there’s no question the virus will continue to mutate,” says Ralph Baric, Prof. of Epidemiology who has specialised in coronaviruses and emerging infections. “There’s no question that as a virus passages in a new host species, it adapts to more efficient and more capable replication in that new host species and more efficient transmission between the host species. So it’s almost certain the virus will continue to evolve and change, and how that evolution will alter disease severity, it really remains unknown.”

As this is a new virus, we also don’t have enough information about the long term effects of the infection after recovery. A study of 142 Diamond Princess cruise ship passengers in Japan found that up to 10% of totally non-symptomatic infections resulted in fibrosis or other changes in the patient’s lungs.

If Salminen was an academic with a controversial opinion, we could just disregard him, but he seems to be in charge and making critical decisions that could cost lives. Lots of lives.

We must not put a general who has already accepted defeat in charge of the battlefield.

Unless the Prime Minister Sanna Marin or the Minister of Health Aino-Kaisa Pekonen exert leadership and put someone else in charge, we’ll have to start digging graves.