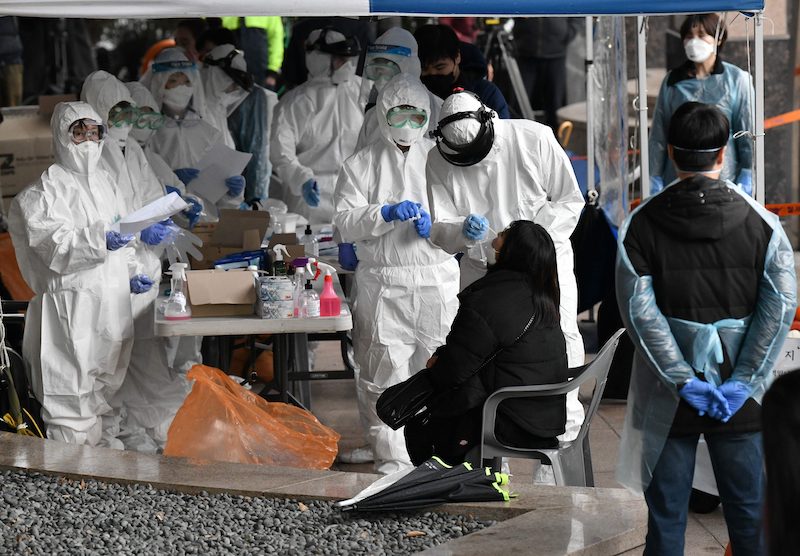 South Korea lost control initially, but was able to reduce the spread through rigorous testing and without the need of a shutdown

The Finnish government suddenly woke up last Monday and implemented severe measures against the spread of Covid-19. Schools and borders are closed, all non-essential gatherings of more than ten people are forbidden, and the elderly and chronically ill were put in a high level of isolation. Most importantly, after a period of losing count, testing is to be ramped up.

“How the Coronavirus situation will look like in two weeks, is largely in the citizen’s hands”, wrote Finland’s major daily newspaper Helsingin Sanomat in an analysis yesterday. That is not entirely true. There is still a lot that the officials could do, and we do not see yet.

The government’s strategy, which was non-existent last week, now is officially to “flatten the curve” of the epidemic using social distancing. However, Finland still has the window of opportunity open to control the spread of the virus altogether. Now that the borders are closed, all transmission will be from existing domestic cases.

One essential tool to do this is the “test and isolate” strategy emphasised by the WHO. The ideal situation would be to test anyone suspected of having the disease, isolating the confirmed carriers and tracking their every close contact. Even arranging random testings of the community would have benefits. There are a lot of good practices from successful measures implemented by China, South Korea and other countries which could be adopted and even improved.

The sooner Finland gains back control over identifying and isolating infected individuals, the sooner the shutdown can be eased. Singapore and South Korea were able to contain the disease by extensive and proactive testing, rigorous contact tracing and facility isolation of the cases without the need for a lockdown or significant social disruption. If you can find the infected and isolate them effectively, there is no need to lock everyone else down.

The importance of testing can not be overemphasised. Anyone with respiratory symptoms and asymptomatic contacts of the confirmed cases must be tested.  Here are a few examples of measures which could help shorten the shutdown period.

The testing should be moved away from hospitals and health centres to prevent transmission to the staff and plugging the entrances. Now that cultural events are on hold, indoor (and if not available outdoor) parking places of concert halls, theatres or other social and cultural locations and even shopping malls would be ideal places to establish drive-through testing points.

Young and healthy nursing students and other volunteers can be recruited to take the test samples. This is a simple swapping of nose and throat procedure which can be learned easily. These sample-takers should be well protected, paid well and regularly tested themselves. There is no need to burden the more experienced health care staff for this, when they may be much more needed elsewhere.

Labs should be ready to work around the clock, and additional analysis capacity could be acquired from private and veterinary labs.

In South Korea, people arriving at testing places had to fill a form in location. This is an undesirable practice which can easily be replaced by an online form, which after being filled would give a code to the individual to be attached to the test sample.

There should also be mobile test units who would go to patients homes and take the test there, in cases where the individual does not have access to a car or can’t drive. Opel and Länsiauto just announced that they are letting 100 rental vehicles be used for free by health care staff. Other car rental companies would certainly do the same if asked, as their cars are standing idly anyway.

Right now, the government has put the whole country on shutdown, which is good to start with, but there are big differences between infection rates in different counties. The capital area is going to be the most affected area, while some more remote areas could be infection-free quickly. By dividing the country into regions with minimum interaction, it is possible to bring them back to normal life one by one to reduce the harmful impact on the economy. Once again, rigorous testing, contact tracing and isolation are essential for this as well.

Unfortunately, THL on Wednesday announced it is updating its reporting practices on the epidemic and switching to using the infectious diseases register for monitoring the total number of infections, meaning there is no district-specific data starting Tuesday. This is not a good practice both regarding transparency and local control of the situation.

This is the first time Finland has adopted emergency measures. There is a lot of misleading information going around, and some people have been hoarding grocery and other items. This is the time for leaders to give frequent assurances to the nation and raise their spirit. People should be told that there will be no shortages and asked to self ration. If that does not work, shops should be instructed to limit essential items for each buyer. Effects of panicking could be worse than those of the epidemic.

It is also important to start working on an exit strategy now. We will be able to flatten the curve and reduce the number of new infections dramatically due to the measures taken and if testing is ramped up significantly. However, at some point life has to get back to normal, and the infections may surge again, as eradicating the virus does not look probable or achievable at the moment.

One major issue with the exit strategy is an international collaboration. If the virus stays in a human host anywhere in the world, the chances of a global resurgence will also remain high. This is why at the same time with- and after wiping out the virus in their own backyards, developed countries must help eradicate it everywhere in the world.

Countries in Africa, Latin America or parts of Asia with less developed and less organised health care systems will not be able to do this alone. One example is Iran, which would be able to wipe out the virus if the sanctions and restrictions are eased and lifted, but the country is under extreme sanctions which extend to medical equipment and drugs as well. Even though the purchase of medicine is not officially forbidden, banks refuse to transfer the payments for fear of reprisal from the United States.

Unfortunately, the Trump administration, to some extent, seems to think of Covid-19 as a tool which can bring down unfriendly governments or economies for the benefit of the US. Hence Trump’s effort in buying exclusivity on a vaccine being developed in Germany.

There has never before been such intensive and fast collaboration between researchers and scientists globally on any topic. A common enemy which does not recognise borders, skin colour or ethnicity has brought us together, and hopefully this understanding will prevail in the future as well. A vaccine is around the corner, and when it is ready, it should be offered to everyone on the planet for free.

This is a new virus, and we do have a real chance of eliminating it before it becomes another “seasonal flu” and mutates to even more contagious and dangerous forms. The only way we can do this is to go after it actively and wipe it out from person to person to the last case.