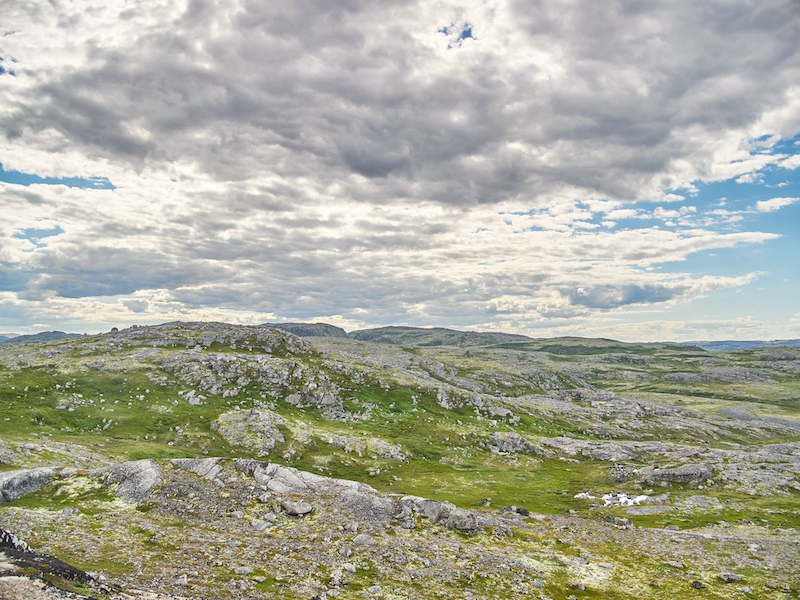 Russia and certain Scandinavian countries have already implemented a number of projects across their joint border areas aimed at developing tourism infrastructure with joint management of specially-protected natural areas.

Pasvik Nature Reserve is an example of such protected areas. It is located in the extreme northwest of Russia, in the Pechenga district of the Murmansk region.

The reserve is located in the Paz River valley, on the left bank of the river. The mouth of the river is in Lake Inari, Finland; it flows into Russian territory and then into the Barents Sea in Norway. Its midstream is a Russian-Norwegian border. As a result, Pasvik Reserve is shared between the territories of two countries.

This natural pearl has become not just a subject of care for ecologists from Norway and Russia but also the sticking point causing a lot of discussions and arguments recently.

Transboundary air pollution and its sources have become the central topics of arguments. These issues were raised multiple times by Ola Elvestuen, the Norwegian Minister of the Environment, together with the representatives of ecological organizations, Russian authorities and Russian media.

It’s fair to note that sulfur dioxide emissions were caused by metallurgical production in three Russian cities—Monchegorsk, Zapolyarny and Nickel—in the past century. However, today the situation is totally different. The emissions of sulfur dioxide can be noticed in just one city (Nickel), and since the beginning of production there, it has decreased by more than half. According to the company’s representatives, once the technological modernization is over, the emissions will be decreased by 50% more. Two others have stopped their destructive environmental influence completely.

On 25th of January, 2019, the residents of Northern Norway were warned to stay indoors after authorities detected a smog of dangerous pollutants emanating from a nickel smelting and refining works in neighboring Russia. The Norwegian Institute for Air Research, or NILU, accused Russia of air pollution from a nickel smelting and refining works. But air samples taken by the Russian Federal Service for Surveillance on Consumer Rights Protection and Human Wellbeing (Rospotrebnadzor) refuted the information of NILU. The sulfur dioxide level was within the acceptable limits.

Despite the results of evaluation expertise, the incident provoked angry headlines in the Norwegian media. Russian media responded with accusations against the Norwegian side, saying that “the toxic torpedoes were exploded nearby the Russian waters.” Russian television announced this news in regards to the «Helge Ingstad» vessel in Hjeltefjorden, which sunk more than 2000 km away from the Russian border.

An ecological workshop was organised on February 5th, 2019 in Svanvik, Norway. It was dedicated to the impact of emissions from metallurgical production of Russian Nickel on Pasvik’s ecosystem.

The use of accusations and claims of ecologists substituted for dialogue and logical thinking. Instead of a two-way healthy discussion on the topic, they tried to defend their version of the truth. Ironically, no representatives of Pasvik or Nornickel had a chance to express their point of view because they were not invited to participate.

Deputy Governor of the Murmansk region Yevgeny Nikora commented, “As far as we are aware, there will be an event in Norway in the beginning of February. It will be dedicated to the ecological situation on the bordering territories. Unfortunately, the representatives of regional and municipal authorities of the Murmansk region are not invited, despite their willingness to take part.”

Russia seems to demonstrate an open-door policy and willingness to join the discussion and contribute. For instance, Alexander Nikitin, the head of the Russian Department of International Ecological Organization – Bellona has acknowledged the intentions of Nornickel to reach world-class environmental standards and solve environmental problems through cooperation with international public organizations.

So now the question is can it be called a dialogue?

Nobody questions the value of cross-border cooperation related to environmental protection. Yet, cooperation is impossible without an open two-way dialogue between two parties.

At the same time, people often try to substitute dialogue with an obvious monologue, consisting solely of claims and accusations. Instead of an open discussion of the current issues, they tend to ignore them and keep on insisting on their truth.

What will take over in this battle—cooperation, common sense or individual ambitions armed with biased information?