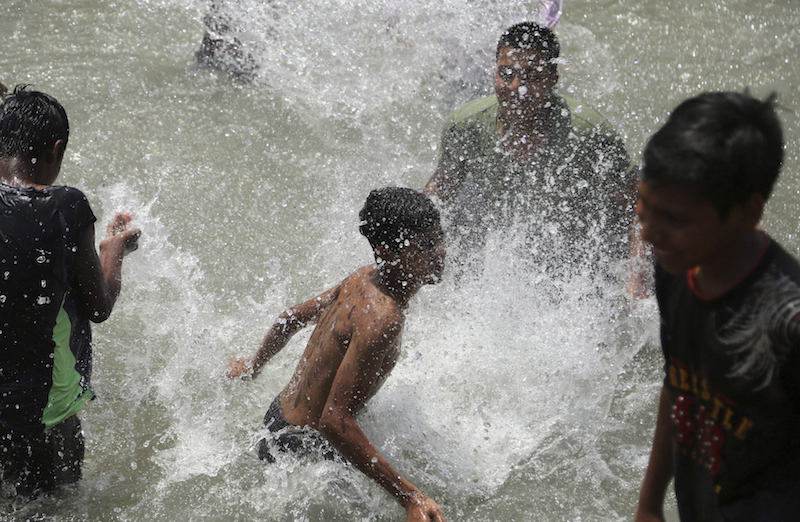 The frequent occurrence of extreme climate conditions is threatening the life of urban dwellers. Currently, more than 50 percent of the world’s population lives in urban areas. By 2050 this will increase to 70 percent. With rapid growth of urbanization comes rapid changes in the landscape that affect the climate and air quality in urban areas, leading to higher temperatures – or “heat islands” – higher emissions, and more ambient pollutions. During the summer, the higher urban temperatures may lead to more frequent health problems, and actually increase the mortality rate among the most vulnerable urban dwellers including elders and less economically fortunate, for example.

Unfortunately for the urban dwellers, there is also the problem of global warming. It is widely predicted that by the end of century, the temperature of the earth will increase by 3 to 5 degrees Celsius; when combined with urban heat islands, it adds as much 8 C to summertime city temperatures. Simply, human physiology is not capable to adapt to such rapid increase in ambient temperatures in a short time of a century.

The consequences may be grave, particularly among those who cannot afford air conditioning. Of course, there is an international effort among progressive nations to stabilize the global warming to 2 C by developing aggressive programs to reduce the emission of green-house gases (GHG).

Even with that positive view, there remains two problems for urban dwellers: (1) the higher temperatures in urban areas may only increase by 5 C (rather than 8 C, still a very large change) and (2) some elected officials are not committed to participate in providing solutions to the problem of global warming.

For most cities in the world, urbanization leads to darker surfaces (roofs and pavements) and decreased vegetation. Darker urban surfaces absorb most of incoming solar radiation, making them hot and, in turn, heating the air. Most urban surfaces need to be changed (resurfaced) every 10-30 years; old roofs are replaced with new roofs; damaged pavements will be resurfaced. At the time of installing a new roof or resurfacing a pavement, typically choices are available to select surfaces with lower solar absorptance (higher reflectance) at no incremental cost. Most roofs in North America are made of fiber-glass asphalt shingles, clay and concrete tiles, metals, and membranes; for all these materials more reflective options are available at no incremental cost. Similarly, there are several options available for more reflective pavement materials.

The opportunity has been too good to ignore.

Practically all states in the U.S. are encouraging (and some requiring) installation of cool roofs. For instance, California Building Energy Efficiency Standards prescribes a reflective roof for both commercial and residential buildings. Cool roofs are installed in an increasing rate even in the colder climates – think Montreal, Toronto or New York. Even the American Society of Heating, Refrigeration and Air-Conditioning Engineers prescribes cool roofs for all buildings in many climate zones in the U.S. Many other countries in the world are also having effective programs to promote installation of cool roofs. In Japan for example, cities are focusing on greening existing infrastructure and buildings, setting up large installations which mist large open areas in hopes of reducing city center temperatures.

Unfortunately, there are not similar progressive programs for cool pavements.

The Global Cool Cities Alliance (a non-profit organization) has been working diligently with many cities and countries to encourage and assist them in developing programs for installation of cool roofs and cool pavements. The Cool Roof Rating Council, a non-profit organization, which celebrated its 20-year anniversary in May, 2018, provides labels for the solar reflectance of roofing materials. The European Cool Roof Council is following the same path as CRRC in Europe.

We still have a long way to go. With all these efforts, only a small fractions of cities are cool surfaced. We need leaders – our mayors, city councilors, business leaders, community groups – to step up, roll up their sleeves and prepare for permanent transitions to cool cities. Help may not arrive from your federal leaders.

"Dr. Hashem Akbari is a Professor of Engineering at Concordia University. Prior to joining Concordia, he was leader of the Heat Island Group, Senior Scientist, and principal investigator in the Environmental Energy Technologies Division at Lawrence Berkeley National Laboratory (LBNL). He previously led LBNL's efforts to investigate the energy conservation potential and environmental impacts of increased tree planting and modifications of surface albedo. He is also a member of the board of The Global Cool Cities Alliance, an initiative devoted to cultivating partnerships with cities and other stakeholders to pursue cool roofs and pavements programs. Dr. Akbari is the author of more than 200 articles and coauthor of four books."