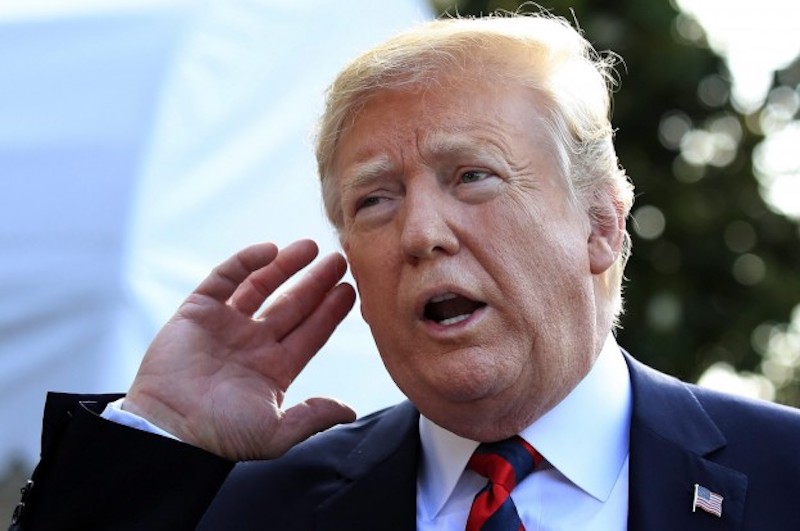 President Donald Trump’s exaggerated “America First” doctrine elevates a zero-sum approach to pursuing U.S. interests that undermines both U.S. and global security. The era of Pax Americana, which brought seven decades of relative global peace and prosperity, has entered a new and more dangerous stage of decline thanks to Trump’s embrace of narrow-minded nationalism. The result will be a much more favorable environment for autocrats at the expense of liberal democracy and human rights.

These trends have already come to life in the first year of the Trump administration and will only get worse in year two. The U.S. withdrawal from the Paris accord on climate change, the Trans Pacific Partnership and the Iran nuclear weapons deal, rising U.S. tariffs against America’s most reliable democratic trade partners, and ongoing appeasement of authoritarians in China and Russia – and now North Korea – are exacerbating the self-inflicted harm of a longer-term U.S. retreat from global leadership.

Meanwhile, respect for democratic governance and human rights continues to fall even in states once considered safe, such as Hungary and Poland. Few, if any, democratic allies are able to fill the growing vacuum left by the U.S. retreat, leaving the field of geopolitical competition open to the maneuvers of Vladimir Putin and Xi Jinping.

Why should the survival of strong democracies matter to national and global security? Why not let each country decide how to govern themselves on their own terms, without regard to universal rights and democratic accountability by their citizens?

First, democracies historically have not gone to war against each other. If we want to avoid war and all its harms, therefore, we should support the consolidation of healthy democracies.

Empirical evidence shows that strong democracies are much less likely to experience civil wars, less likely to suffer deadly terrorism in comparison to non-democracies, have lower levels of violence, including against women, and generate fewer refugees. Strong democracies are also more transparent and accountable to their citizens and their neighbors and more likely to provide security through the rule of law rather than violating sovereignty through armed force, cyberattacks or terrorism. A world with more and stronger democracies is a safer world.

The reverse is true for dictatorships and other non-democracies, especially weak and failing states that fall in that messy middle between liberal democracy and autocracy. As authoritarians amass economic, military and technological leverage at home and abroad, they increase pressure on their opponents to expand their hold on power at the expense of more open societies.

Trump, despite his advisers’ best attempts to maintain the long-held bipartisan commitment of international leadership, seems determined to keep digging the United States deeper into the hole of populist nationalism and protectionism. The president continues to praise strongman rulers in countries around the world: el-Sisi in Egypt, Erdogan in Turkey, and the Philippines’ Duterte, despite their deplorable human rights records. The few times this administration has spoken out clearly in defense of human rights have been tainted by overt and covert messages calling for military coups and regime change, as in Iran, Cuba and Venezuela. Longstanding U.S. programs designed to support free media, human rights defenders and women’s rights around the world face repeated White House attempts to cut funding, which Congress has rejected so far.

Worst of all, Trump’s rhetoric and actions against domestic opponents are the exact opposite of what are most needed if the United States is to lead a world safe for democratic peace. His record of undermining the separation of powers, attacking independent prosecutors and judges, demeaning journalists, and abetting racist and nativist forces sends precisely the wrong message to both struggling reformers and ambitious autocrats around the world. His partners in the Republican-controlled Congress are going along for the ride; looking the other way while advancing their own factionalized interests wherever possible. Such weaknesses at home will further America’s decline abroad as evidenced by recent polling showing a precipitous drop in U.S. standing around the world, which in turn makes it harder for our democratic allies to partner with us to solve global problems.

The good news is that there is nothing wrong with democracy that free citizens cannot fix themselves. The self-correcting features of popular accountability, coupled with respect for human rights and the rule of law, are antidotes to the current mood of retrenchment from globalization. The rise of Trump and his ilk should be a wake-up call not to take our liberties for granted. Democracies, especially the United States, should lead by example and urgently address their political and economic dysfunctions, in order to define a new agenda of cooperation to strengthen the international liberal order.

"Ted Piccone spent eight years as a senior foreign policy advisor in the Clinton administration, including on the National Security Council staff, at the State Department's Office of Policy Planning and the Office of the Secretary of Defense at the Pentagon. He is now a senior fellow with the Project on International Order and Strategy and Latin America Initiative in the Foreign Policy Program at the Brookings Institution."