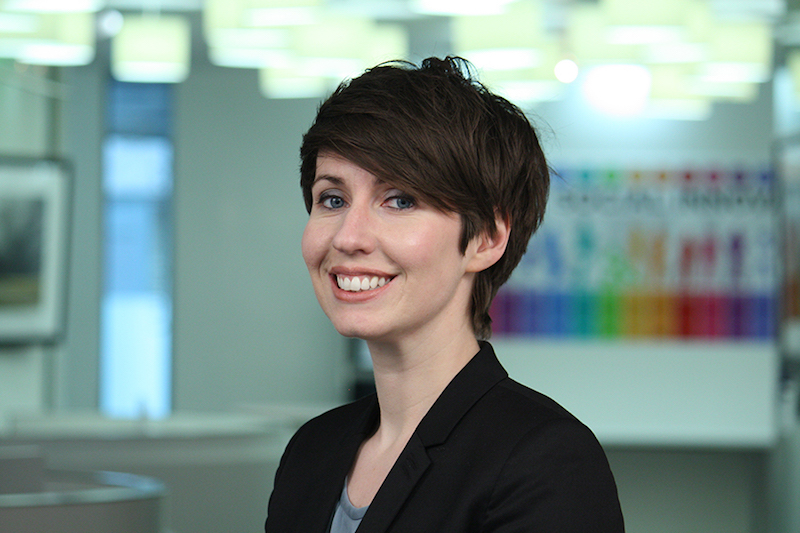 Forecasting is a tricky business, but Nesta isn’t backing down from the human-versus-machine battle.

Forecasting is a fool’s errand, so why we do fallible humans persist in trying to peer into an uncertain future, especially when machines are outpacing us on so many other predictive tasks?

People who should have known much better dismissed the telephone, the car and, famously, the Beatles as fads. That’s because discerning the difference between a flash in the pan and a truly disruptive development is a very tricky art with a long and chequered history. As far back as Nostradamus in the 16th Century, we have long been drawn to the tantalizing idea that we can control an uncertain future by predicting it. While this sense of control might be illusory, it is true that sketching out possible futures is the first step in creating a desired one.

At Nesta, a U.K.-based innovation foundation, we have a shot at making predictions at the start of every year, and as you can imagine, that means our record is far from spotless. Back when we were looking ahead to 2015, one of us suggested that smartphones equipped with the technology to recreate smells might make smell-o-vision a reality in the near future. It hasn’t happened yet, although who knows what Apple has in store for the next iPhone?

Despite the odd setback over the years, we haven’t yet ceded the field to machines. That’s because many of the most important questions about our future lie well beyond the reach of statistical models. It is into this far messier, more uncertain territory which Nesta’s predictors venture forth.

This year, several predictions explored the ripple effects of the growing backlash against technology giants and the Silicon Valley elites who run them. We will see further moves to contain the power of these companies on the part of policymakers, collective movements of citizens and regulators. We looked at moves to develop employee-owned alternatives to the business models that power the likes of Uber and Airbnb, and new solutions to help workers in the gig economy organize and share information. The European initiative Fair Crowd Work, for example, allows people to share reviews of platforms or apps they work for and rate working conditions.

Our predictions also sounded the alarm about the unsustainable environmental cost of our love affair with digital technologies, predicting an uptick in movements to ‘green the internet’ in the year ahead. The private sector is starting to wake up to these issues, with Google, Facebook and other tech companies committing to reducing the carbon footprint of their data centers. Meanwhile, people uncomfortable with our throwaway culture of disposable gadgets can now visit repair cafes to fix their broken electronics or buy a phone built with ethically mined and recycled materials from Dutch startup Fairphone.

The hype around artificial intelligence is increasingly shading into anxiety about its social impact, which is why we are predicting that governments will move more decisively toward tighter regulation, recognizing the need to tackle the imbalance between those designing algorithms and those whose lives will be affected in the future.

Making a prediction is also an opportunity to look at the undesirable — or unintended — consequences of a trend before it becomes part of the new normal. The rise of facial recognition technology is the perfect example. Will we start to see a privacy backlash against the proliferation of machines that are capable of reading our emotions via facial signals? How comfortable will we be with these tools in the hands of less scrupulous advertisers and employers?

While we’ve gradually come to accept, if not necessarily like, the fact that companies such as Google know what we search for, who we communicate with and where we go — are we really ready for them to take ownership of our health data?

One of our predictors highlighted a scramble by tech giants to access the kind of data that can help automate medical tasks such as identifying certain types of skin cancer. Apple or Google may ultimately opt to buy a health care provider as a way of capturing the volume of data needed to train machines to solve such problems. Like so many other fields, the benefits are compelling — but the risks to patient privacy are also real.

Although the rose-tinted glasses may be off when it comes to technology, our outlook is not entirely gloomy.

This year, we also explored the idea that machines have the potential to augment capabilities we think of as intrinsically human — such as creativity. As far back as 2011, a poem authored by a computer algorithm was accepted by a literary journal. Now, artists and designers are increasingly collaborating with artificial intelligence to create groundbreaking work, which is why we predict that machine/human duos will soon be capable of producing prize-winning artistic works.

As the year goes on, we are keeping tabs on these predictions so we can gauge our success rate at the end of 2018. That said, the game of forecasting isn’t just about being right. A contentious prediction can also start a conversation about the future we actually want, and even mobilize us to change course if we don’t like where we’re headed. This is where human creativity is essential, and it means our predictors aren’t in danger of being replaced by machines anytime soon.

"As Director of Explorations at Nesta, Celia Hannon plays a cross-cutting role with responsibility for strategy on futures. She joined Nesta in January 2015 to design challenges and prizes aiming to stimulate breakthroughs in future technologies in Europe. She has also established new innovation funds in the public, corporate and social sector, including Nesta's Open Up Challenge. Prior to joining Nesta she was a US-UK Fulbright Scholar at New York University and a Fellow at the US innovation centre GovLab. Celia’s career in the UK also includes several years as Head of the Family and Society Programme at Demos.