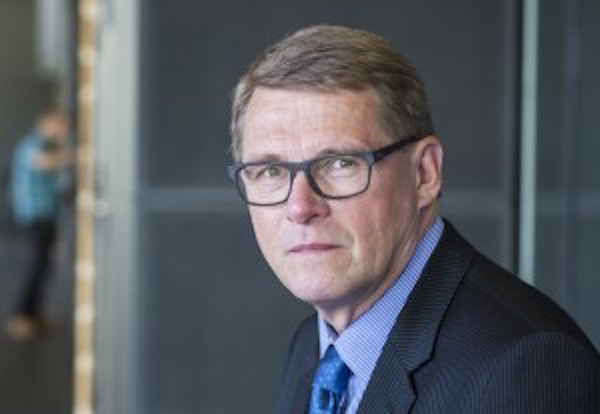 Whether it is war in eastern Ukraine and the annexation of Crimea or war in Syria and political upheaval following the Arab Spring, Finland and the international community are navigating complex international events.

These events are not limited to far-off conflict zones or the countries in question. They have contributed to heightened irregular migration to Europe and Finland, presenting us with new challenges.

Closer to home, the situation in the Baltic Sea region is not only a reflection of other conflicts. The real elements of tension are there – Russia and NATO’s increased military presence in the Baltic Sea, the lack of dialogue between east and west, Finland’s geographical location between the western states and Russia, and the Baltic Sea as a strategic transportation route.

Despite this, there is much we can do to strengthen Finland’s position in such a world and to enhance both our national security and resilience. In this I invoke the four pillars.

The first two pillars are a wise foreign policy and a credible defence. I strongly believe in the importance of a consensual foreign policy underpinned by effective diplomacy as the best means for creating stability and predictability.

For a small country, multilateral organisations such as the European Union and United Nations are without doubt a better option than a world dominated by great powers. Though they are both beset with issues concerning their abilities to operate and mediate, I am certain that the best antidote to the dealings of great powers and their spheres of influence is to contribute to better functioning multilateral organisations, thereby encouraging and fostering greater respect for international rules.

The remaining two pillars are very much in our own hands. These concern the integrity of Finnish society and a self-sustaining economy.

Increased integrity of Finnish society can be built through communality, equality and justice, culture, education and a deep internalisation of democracy. In a globalised world, it is important that citizens are proud of their state, but also equally proud to come together with different states in Europe and beyond to tackle issues that affect us all, such as climate change and terrorism.

Similarly, by a self-sustaining Finnish economy I do not speak in favour of or advocate protectionism. Rather, it is the responsibility of the government to reform society and to improve the economy in order to provide employment and to restore the economic foundation of our country’s independence.

As is the case with Sweden and Switzerland, internal integrity and a self-sustaining economy can make even a small country strong, whilst Ukraine is an example of a larger country that has become unbalanced because these two features were missing.

Using these four pillars, we can strengthen the position of Finland in the world and safeguard our national security, and ensure resilience in testing times.

Matti Vanhanen, representing the Centre Party, is a Member of Parliament and Chairperson of the International Affairs Committee. He is a presidential candidate in the 2018 election. Vanhanen was Prime Minister of Finland from 2003 to 2010. He has also served as President of the European Council. Vanhanen is a Master of Social Sciences and in his earlier career worked as a journalist.