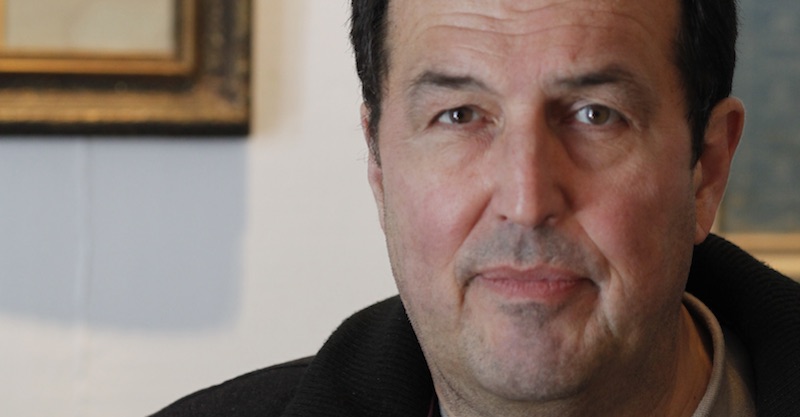 An op-ed piece published by the Helsinki Times on April 11 by Finns Party (PS) MP Ville Taavio is a good example of why migrants, minorities and sensible Finns should react and be concerned about the type of country some politicians want to steer Finland towards becoming.

Just as the headline of the op-ed piece is problematic, so are many of the arguments that Tavio sets forth. For example, the PS MP sees the movement of asylum seekers to Europe as an economic factor. He claims that Europe is an "attractive" destination for asylum seekers that "lack the necessary skills for employment and the will to adopt local habits and values."

For one, somebody should tell Tavio that the vast majority of asylum seekers don't come to Europe. It is only a minority. Most of them settle in countries like Lebanon, Jordan, Turkey and others. Moreover, the underlying reason why a minority of these asylum seekers came to Europe was because of war, as well as our values related to social equality and human rights.

For Tavio to state that “an unprecedented” amount of asylum seekers came to Europe in 2015, in light of the millions that already live in refugee camps in poorer countries like Lebanon, shows a remarkable amount of opinionated thinking.

A recent op-ed piece published by him in Uusi Suomi highlights what type of country he’d like to have in store for migrants and minorities. He suggested in the op-ed piece that the Finnish Constitution should be amended to give Finns priority over foreigners. In other words, Section 6 of the Constitution should be scrapped and foreigners and minorities should be treated unequally before the law and be relegated to second- and third-class citizens.

Is this the Finland we want and is it the country that, following World War Two, so many have fought to build?

A passage in Tavio's op-ed piece in the Helsinki Times suggests that all cultures of the world are in danger of being thrown into a melting pot where they’ll become one. Such fears are more fantasy than fact. “I appreciate the unique diversity of humankind and I am pleased that there are so many different cultures co-existing on this planet. I see the cultures of the world as a palette where each one is beautiful in its own way, but if you mix them all together you lose the diversity and end up with something of a mess. That is why I have notoriously criticized those parties that want open borders.”

Reading through Tavio's views shows that he, like many PS members, see cultural diversity and migration as a threat, which is not the case. The perceived threat that migration poses to countries like Finland is if migrants and minorities are excluded from society.

There is no rocket science involved when finding effective ways to facilitate people in adapting to our society and way of life. First and foremost in this respect is our Nordic welfare state values, which are supposed to promote mutual respect, social equality and diversity. We have very good laws that enable diversity to work. The challenge, however, is to implement them effectively.

Fortunately, politicians like Tavio are becoming an ever-visible minority. The setback that his party suffered in the municipal elections is a good example of anti-immigration rhetoric based on urban tales and racism not appealing to voters in the same way as before. The recent presidential elections of Austria in December, March's election setback of Islamophobe Geert Wilders in Holland, and now the stinging defeat of the PS in the municipal elections reinforce this point.

These elections, as well as others happening later this year in France and Germany, will reinforce the above trend and send a clear message to parties like the PS that illustrates their rhetoric isn't politically sustainable.

Enrique Tessieri is a sociologist and editor of Migrant Tales.