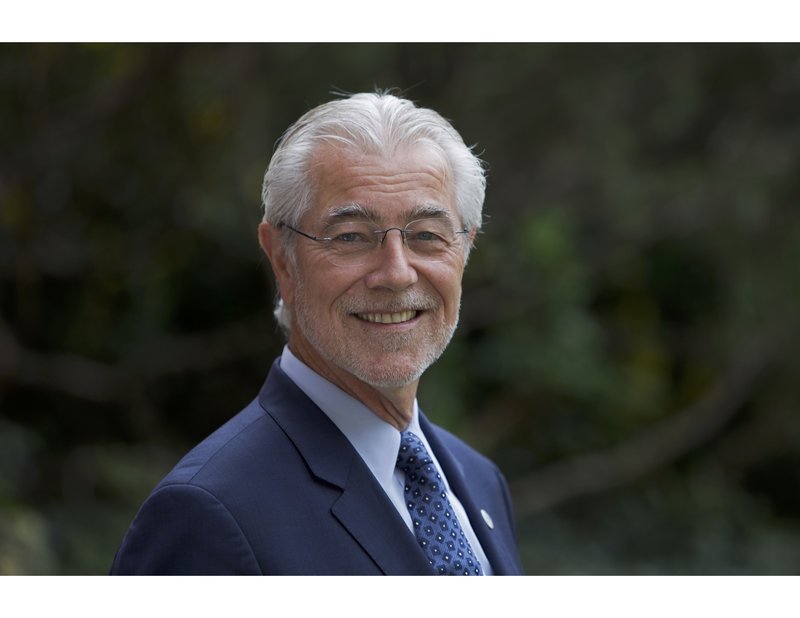 Hans Herren President and CEO of the Millennium Institute, USA

Abstract: Industrial agriculture is seriously damaging the environment, not to mention the health of citizens around the globe. With a limited window of time, reform is necessary if we want to continue to nourish, and not just feed, our people and our planet.

Despite the fact that we presently produce double the amount of food needed for a population of seven billion, there are still calls from the United Nations and national governments to double global food production in order to avoid future famines. These calls are misguided at best, misleading at worst.

We need to understand that the problem does not lie in the global supply of food, but rather that there is way too much production of mediocre quality commodities. In industrialized countries as well as in some newly industrialized countries like Brazil and China, we notice the prevalence of already major health problems due to over-nutrition and malnutrition (obesity, Type II diabetes, while there is still a deficit of production, mostly in industrializing countries where we have the bulk of under-nourished people.

The solution cannot be to simply produce more without specifying where, how, and why.

Industrial or conventional agriculture as practiced in most industrialized countries, with heavy inputs of agro-chemicals, could not exist without government subsidies, either direct or indirect. Most commodities, particularly cereals (for consumption, feed, and energy), soy, and milk, are often subsidized. This is to assure farmers a minimum income, enable them to compete on international markets, and foster food security by controlling supplies. The environmental effects created by these agricultural production systems and their connected food systems are equally enormous.

According to a UNCTAD report, traditional industrial agriculture is responsible for about 47-52% of global greenhouse gases (GHG), not to mention serious soil erosion, loss of biodiversity, and heavy use of fossil fuels. Throw that in with the near-50% waste from consumers, and you can see there is a serious problem.

The traditional forms of agriculture as practiced in many developing countries have their drawbacks too: from low productivity, to lack of sustainability, and low quality produce. The need to transition our agriculture and food systems to an ecologically responsible and self-sustaining system is an imperative that can no longer be delayed.

This transformation is not only badly needed, but it can be done immediately and in all regions of the world. Business as usual is not an option — we need to change the way we grow, process, and consume food.

We also know how to make this much-needed transformation toward an "agro-ecological" production and sustainable food system. Agro-ecology is the study of interactions between plants, animals, humans, and the environment. Organic, bio-dynamic, regenerative, and permaculture are all forms of sustainable agriculture which fit under this umbrella with varying degrees of compliance around social and environmental sustainability.

And yet, despite the fact that research and development in the past 60 years has concentrated on synthetic products such as fertilizers, pesticides, and mono-crops — where one type of crop is promoted to help speed up production, the science behind agro-ecology has also moved forward; albeit at a much slower pace. There is certainly lots of catch-up to do in terms of science and technology, but farmers and practitioners contribute much to the innovations in agro-ecology.

We know that we can produce sufficient and nutritious food for all through to 2050 and beyond with sustainable agriculture and food systems. The evidence has been presented in many peer-reviewed articles from around the world. Given that we over-produce and waste some 50% of food, there is still plenty to nourish today’s and tomorrow’s population in developed countries, and sufficient potential to nourish growing populations in developing countries.

It is also important to add that a transformation of our agriculture and food systems is essential to avoid an environmental catastrophe.

Our current system is a heavy contributor to GHG, climate change, as well as soil degradation and biodiversity loss. It is deeply cutting into its production capacity. Were it only for this, a transformation would be necessary. Agriculture and food systems based on agro-ecology and regenerative practices can reverse CC by sequestering excess carbon from the atmosphere, while also being neutral in terms of CO2 emissions.

This is meant to debunk the constant cry for more, more, and more. We can satisfy the world’s nutritional needs. But we must nourish rather than simply feed people; cutting down on greed and over-production.

The solution lies in the re-establishment of local food systems that are adapted ecologically, socially, culturally, and economically for today and the future. Consumers need to be made aware of the full costs and benefits of the products in order to make informed buying decisions.

This means labeling products and produce based on their production practices. This would include sharing the true costs of industrial agriculture such as loss of natural soil nutrients, water pollution, and – through the use of pesticides and fertilizers – loss of biodiversity. The benefit is that consumers will be able to purchase products from the agro-ecological approach to food production and see positive effects such as clean air and water purification, food that is more nutritious, natural pest control, and pollination eco-services. This would help consumers concerned about future generations make informed choices regarding their health and the environment.

Author Hans Herren bio: President and CEO of the Millennium Institute, USA since 2005. Recipient of the 1995 World Food Prize. Chief Executive and Director General, International Centre of Insect Physiology and Ecology (1994-2004). Coordinator of the UNEP Green Economy Report, 2011. Co-Chair of the International Assessment of Agricultural Science and Technology for Development. Laureate of Right Livelihood Awards 2013 and Tyler Prize for Environmental Achievement 2003