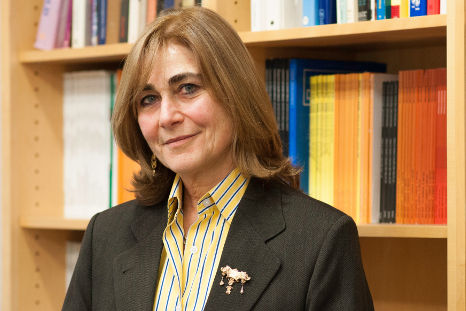 Refugees and other distress migrants have been forced to leave their homes in exceedingly large numbers for the past 18 months. It has become commonplace to refer to the current situation as the worst refugee crisis since World War 2, with over 65 million people – a figure in excess of the entire population of many countries – forcibly displaced.

No individual region or triggering factor can be singled out as the only precipitating cause. Refugees have been fleeing relentless bombing in Aleppo, Homs, Mosul, and Juba – victims of civil wars that they have no control over and that are determined by forces indifferent to humanitarian tragedy. Refugees have been pushed out of El Salvador, Honduras, and Mexico by vicious drug wars and the gangs and other forms of criminal violence that they spawn. In Eritrea, Ukraine, Somalia, Sri Lanka, Afghanistan, and Pakistan, refugees flee their homes because of intolerable political oppression by authoritarian governments who care only about keeping power – whatever the human cost.

So, how can the current extreme humanitarian suffering of millions of forced migrants be alleviated over the coming year?

The most obvious answer is peace. A toxic combination of violence and conflict, deployed to maintain or assert power, lies at the heart of all the migration push factors above. Any moves - diplomatic, economic, political, or social – that contribute to ending or reducing conflict will alleviate human suffering. If a lasting and sustainable truce is negotiated in the Syrian conflict, if the South Sudanese power struggle is peacefully resolved, if the government of Myanmar can be persuaded to enforce the minority rights of the Rohingya community, if drug wars in Central America are undermined by effective social policies and law enforcement measures, massive human suffering and the inevitable refugee outflows will be reduced. The urgent necessity of these resolutions cannot be overstated.

But peace is elusive.

So then what kind of alternatives exist? This is the question that the UN General Assembly addressed in detail during its first ever plenary session on Large Movements of People, held on September 19th, 2016. The outcome document of that high-profile meeting, known as the New York Declaration, and signed by 193 affirming member states, sets out a comprehensive, ambitious, and convincing agenda for action. First and foremost, the declaration participants recognized the importance of continuing to support the right to refugee protection; this is a right that has been enshrined in international law since the end of World War 2. Despite the many hostile sentiments expressed towards unexpected large-scale migrations, no single country or politician has spoken about withdrawing their country’s support from this obligation. Building on this collective commitment, the UN called for a concerted effort to greatly increase the responsibility of sharing refugees among nations. Hopefully the humanitarian investment in assistance, protection, and inclusion will fall more equitably on a wider cohort of players than has been the case so far.

This is a critical demand. If only a small number of countries are willing to host refugees then the refugee architecture rapidly becomes fatally flawed. Schools, hospitals, public housing, language classes, and skill training programs cannot function under conditions of massive overload; and the political consensus that supports investment in humanitarian assistance crumbles under the weight of overwhelming pressure and demand. The example of acute “humanitarian burnout” in Jordan and Lebanon, Germany and Sweden clearly illustrate the point.

Second, more needs to be done to stop the flow of migrants from the source. Various elements are needed for such an effort. Much more robust and targeted investments are needed in infrastructure development in places where failing state structures enable the establishment and flourishing of gangs, criminal networks, and pervasive urban violence. Many areas in the capital cities of the Northern Triangle countries are a case in point: careful, systematic, and sustained reconstruction of police capability, local social and educational institutions, skill training, and employment opportunities are essential if the outflow of young people is to be stemmed. Recent improvements in the infrastructure and safety of some notorious inner city areas in Honduras, thanks in part to bilateral collaborations between the US and the local and central government authorities, illustrate the type of programming urgently needed.

Another element of a harm prevention program is the expansion of safe, regular, and legal migration routes so that people needing to flee can do so. A key constituency for whom this is an urgent priority are adolescents and other young people. Despite their documented needs for exit in situations where abusive military recruitment, sexual exploitation, and gang warfare are endemic, these obvious migration candidates lack access to legitimate mobility. They are the most likely to be refused legal status and treated as “mere” economic migrants, “illegal entrants” or, more crudely, “bogus asylum seekers.” In these circumstances, reliance on smugglers becomes an essential element of departure unless, even worse, abusive and deceitful recruitment by traffickers takes its place. In either case young people exercising a legitimate survival strategy are forced into deeply and foreseeably unsatisfactory situations.

Shoring up political stability, investing locally in the next generation of workers, parents, and voters, and more equitably distributing access to legitimate and legal asylum are essential policies that are desperately needed in 2017 and beyond. Will leaders with the vision and skill required to implement such policies emerge from the ashes of a very challenging 2016?

Jacqueline Bhabha, JD, MsC is Professor of the Practice of Health and Human Rights at the Harvard T.H. Chan School of Public Health. She is director of research at the Harvard FXB Center for Health and Human Rights, the Jeremiah Smith Jr. Lecturer in Law at Harvard Law School, and an adjunct lecturer in public policy at the Harvard Kennedy School. From 1997 to 2001 Bhabha directed the Human Rights Program at the University of Chicago. Prior to 1997 she was a practicing human rights lawyer in London and at the European Court of Human Rights in Strasbourg. She serves on the board of the Scholars at Risk Network, the World Peace Foundation, and the Journal of Refugee Studies.