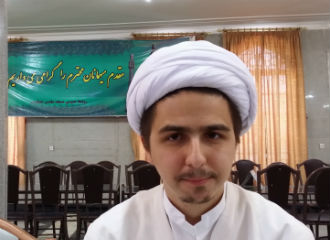 The world was shaken by the Paris attacked carried out by three Frenchmen targeting the offices of Charlie Hebdo and a store frequented by Jews. The attacks sparked a lot of discussion about terrorism, freed of speech and Islam in Europe. Leading Muslim imams in France, and elsewhere, were quick to condemn the act. Resalat Islamic Society adds its voice to theirs. The Quran reminds and commands Muslims to value life:

Terrorism has no religion and Islam strictly forbids terror. It is good to keep in mind that one of the victims was a Muslim police officer and that a Muslim clerk working at the attacked store risked his own life to save shoppers.

After the attack the world reverberated with the cry "Je suis Charlie" and millions of people and world leaders marched in Paris in solidarity with the victims and with the right of Charlie Hebdo to mock amongst others, the Prophet of Islam. However, these reactions are problematic and reveal a dominance of double-standards in the free-speech discourse in Europe.

At this point it's good to keep in mind that no society accepts absolute freedom of speech. All Western nations have some sort of limits on what you can and cannot say. For example in many European countries it is illegal to make fun of or question the holocaust.

In the beginning of 2014 the French comedian Dieudonné M'bala M'bala was prohibited from performing in his country because his act was considered to contain anti-Semitic material. Humor websites have been closed on similar grounds in Finland. Manuel Valls, the Minister of Interior at the time, commented on the case that "we cannot tolerate hatred of others, racism, anti-Semitism and holocaust denial." On Wednesday 14.01.2015 M'bala was arrested for commenting on his Facebook that "I feel like Charlie Coulibaly" (Coulibaly was the man who had attacked the store).

Without defending M'bala's words, wasn't the spirit of "Je suis Charlie" to protect freedom of speech?

In 2006 French politician Daniel Mach, along with the support of 200 parliamentary deputies, sued musician Richard Makela for his song in which referred to the French state in derogatory terms. Mach lobbied to pass legislation banning verbal abuse of the French state.

The editor of Charlie Hebdo, Philippe Val, fired his employee, Maurice Sinet, because he had allegedly made anti-Semitic comments. Sinet was also taken to court on account of insinuating that Jean Sarkozy, son of Nikolas Sarkozy, had converted to Judaism due to financial incentives.

Finally, we may mention how French historian Roger Garaudy was handed a fine of 240,000 francs and a jail sentence because he had questioned the number of Jewish victims of the holocaust in his book.

These are just a few examples of the double-standards plaguing the European discourse on freedom of speech. Alas, when Muslims complain about being unduly targeted by the media they are told to simmer down and that they do not understand European values or the culture of freedom of expression.

The truth is, the reality of the Europe of today and the future is a multicultural one. If we want to live in Finland in a peaceful and content society we need to be able to respect each other and take into consideration what is important to each other. It cannot be that only things that a Christian, a Jew, or a nationalist find sacred and important are taboo, but Muslims are free game.

If any group feels they are second-class citizens in their society then this will be the cause of a great deal of problems, of which radicalization is only one.