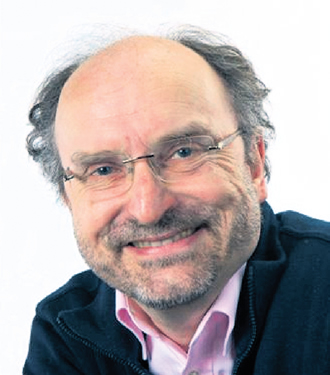 DEMOCRACY, as an ideal, is hardly ever contested nowadays. And yet, from Plato to the nineteenth century and even the beginning of the twentieth century, democracy was not a universally shared idea and ideal. It is, perhaps, only since World War II that the triumph of democracy as an ideal can said to have been realised. And nowadays, even dictatorial regimes pay lip-service to at least the word democracy.

WITH REGARD to multicultural society and multiculturalism the situation is completely different. These are severely contested concepts these days, and political leaders like Angela Merkel, Nicolas Sarkozy, David Cameron and many others (so-called "populist" politicians in the first place) have harshly criticised multiculturalism as a concept and leading perspective for the integration of ethnic and religious minorities in European societies. I side with Finnish Romani author Veijo Baltzar who seems to take multicultural society as an ineradicable fact of our times. Of course, Great-Britain with its colonial past is a more multicultural society than most Scandinavian countries, but I think that Baltzar is right that globalism is on the rise and that the "multicultural condition" will very soon be a fact of life in many contemporary states and societies. At least, in Europe and the West!

WHY IN EUROPE and the West? Because Europe has committed itself to religious and cultural pluralism. It has done so in the European Convention on Human Rights (1950) as the founding document of European societies. The European Convention – as interpreted by the European Court in Strasbourg – and also ratified by Finland in 1990 – accords freedom of expression, freedom of religion, freedom of assembly and other individual human rights to individual citizens. Now, it is an established fact that once you give people the right to freedom of belief, they start to believe very different things indeed. Europe and the West have therefore shown an extraordinary variety of cultures, different points of view, different religions, et cetera.

AND FOR those countries that have not yet experienced this variety of views it will be a living reality, to be sure, in the not too distant future. Here Europe and the West show a marked difference with e.g. the Middle East. While Europe becomes more and more "multicultural", "diverse" and "pluralistic", the Middle East becomes more "monocultural" and less pluralistic.

SO, FREEDOM of religion and its cognates create religious diversity. But this religious diversity has to be "managed". Religious cultures do not only interact peacefully but also clash. Here "multiculturalism" as a concept comes in. Baltzar writes: "Multiculturalism is an inescapable fact of life". Here I tend to adopt a different view, or rather: I use the words "multiculturalism" and "multicultural society" in a different meaning (which still makes it possible that we agree about the essence of the matter). I make a sharp distinction between "multicultural society", which I, as Baltzar does, consider a fact of life in the contemporary western world. But "multiculturalism" I am inclined to see as an ideology. It is a specific ideology, adopted by political leaders and political theorists in the '70s and '80s of the previous century, in an attempt to manage the religious and cultural diversity of its populations. The general idea of those favouring this ideology (the so-called "multiculturalists") was: the concept of ordinary or individual rights as enshrined in human rights documents is not enough. The focus on the individual citizen as the ultimate locus of dignity and respect does not function. Multiculturalists claim that introducing rights for groups, more in particular for minorities, is essential. We have to protect the "culture" of minorities in the way we have to protect the natural environment.