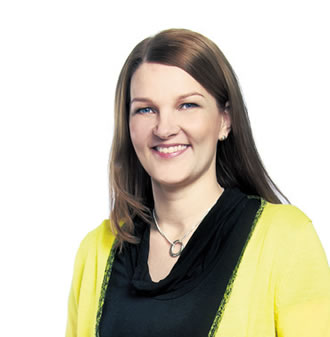 The positive growth figures for the eurozone published a couple of weeks ago made for pleasant reading after a long stretch of bad news. It has been a year and a half since we last a saw an upward trend in the European economy, but these new figures do not give reason to celebrate yet. The eurozone crisis is not over. It will only be over when the EU member states at the receiving end of rescue packages are firmly on the road to recovery.

Even though slight economic growth could be foreseen for the eurozone, the same could not be said for Finland, with some economists viewing the outlook for the country’s economy with scepticism. Compared with the rest of the eurozone, Finland is in no position to rest on its laurels. The country is in dire need of structural reform.

The government is planning to pull its socks up in implementing the reforms. Prime Minister Katainen and Finance Minister Urpilainen have both stated that decisions will be reached already during the coming autumn. Despite giving this timetable its full backing, the opposition has strong doubts about the results as the municipal, social and health reforms have stalled. This is mainly due to the government’s failure to gain support for their proposals from experts and municipal policy-makers. The funding system for health services should also be given an overhaul but the matter does not feature on the present government’s agenda at all.

The entire Finnish society seems to be calling for a moderate, centralised labour market settlement in this autumn’s wage negotiations. I lend my support to the demands of moderation as our competitiveness has lost its edge and there must be a cap on pay hikes if we want to keep our production costs under control.

It is, however, becoming a Finnish myth that a centralised agreement always delivers the best results. This might have often been the case but many other countries have reached competitive agreements through local bargaining at the level of unions, making it difficult to believe that Finland’s economy is so unique that local agreements would not work here. They just have to be given a chance to prove themselves.