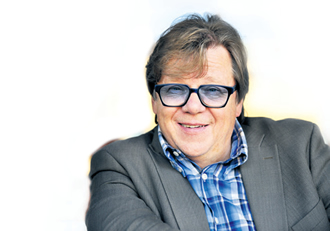 The finnish countryside hosts hundreds of village festivals and theatre performances each summer, organised with the help of volunteers. The state having cut its support to villages, the proceeds go to fill the coffers of village associations. These events are also visited by city dwellers from all around Finland, many of whom have a summer cottage by a lake somewhere in the countryside, where they spend their holidays.

With small municipalities being forced to merge with larger ones, people in the Finnish countryside are concerned about the fate of these events, with mergers usually sounding the death knell for cultural activities in rural villages while the municipal centres attract all the cultural events. There is a simmering resentment towards cities in the countryside. While the new main library in Helsinki is being built with public funding, the rest of the country foots the bill with schools suffering from mould, libraries being closed down and services getting cut.

We Finns have found our countryside something to be ashamed of, striving to have a city life.

City people are keen to preserve nature. It is forbidden to build a house in the countryside even on your own plot by a lake, using your own money, because this runs the risk of increasing commuter traffic. In the city, people in glass-walled offices are drawing up plans on how to turn the countryside into an outdoor museum for wolves to roam. The countryside should not be inhabited by people and food should be imported from outside the country borders. These, at least, are the alarming conclusions that can be drawn when reading the latest government reports. It seems the government wants to put a stop to keeping livestock and also views the renewal of forests as harmful to nature. While the production of Finnish wood energy is not getting off the ground, cities are burning coal imported from the Urals.