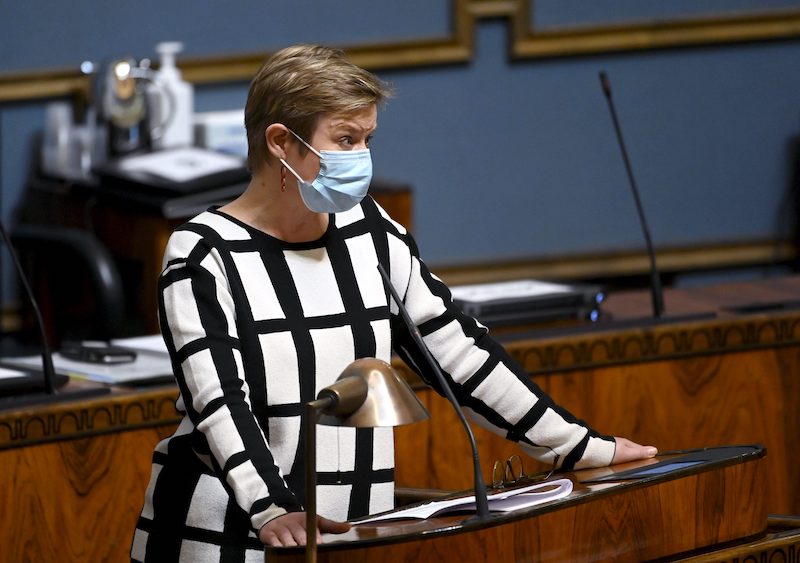 The Finnish government has published it’s new ambitious Circular Economy Programme. This is the first time Finland sets a concrete target to restrict the consumption of natural resources. Our goal is that the total consumption of domestic primary raw materials in 2035 will not exceed the 2015 level.

Finland’s overshoot day was in the beginning of April. This means that if all people consumed like an average Finn, we would have already used all the natural resources our planet produces this year.

Overconsumption is the root cause of all major environmental problems such as climate crisis and biodiversity loss. The rapid decline of the natural world due to the exploitation of nature’s resources has also led to an increasing number of pandemics.

The key to tackle overconsumption is circular economy. That is why the Finnish government has developed a new Circular Economy Programme with an ambitious target to halt the increase of overconsumption. Our goal is that the total consumption of domestic primary raw materials in 2035 will not exceed the 2015 level. The resolution is based on a vision that in 2035 the Finnish economy will be based on a carbon-neutral circular economy.

Circular economy means much more than just recycling. It is a holistic change in our way of thinking about economy and consumption. In a circular economy, products are designed to be durable and repairable. Once introduced, raw materials are used sparingly and kept in use for a long time.

In a circular economy, individuals do not have to own every product. Products are shared or lent. Companies gain more added value and form long customer relationships by renting, repairing and recycling products. In a circular economy companies offer services as products.

One concrete example on how the government promotes circular economy is the newly introduced low-carbon circular economy agreement. Municipalities, companies and other operators may join the agreement and make voluntary commitments to implement the natural resources targets.

Other measures our government is planning include developing new circular economy incentives through taxation, creating sharing, repair and resale platforms for citizens and building circular economy skills through our educational system.

Finland’s circular economy targets are also promoted through the EU recovery package. We have decided to use half of the EU funding to actions that support carbon neutrality. We are hoping other countries would also choose this way in their recovery efforts. Our decision clearly exceeds the EU Commission's demand to use 37 percent of the package to the green transition.

Finland has a long tradition in everyday circular economy thinking. Textile waste has been made into carpets and food scraps have been carefully utilized. With the new Circular Economy Programme, we will update this thinking to this day and make it a foundation of entire economic thinking.

Krista Johanna Mikkonen is a Finnish Green League politician, second-term member of parliament, and Finland's Minister of the Environment and Climate Change. She lives in Joensuu, but spent her childhood in Koria. She has worked as a Member of the Finnish Parliament since 2015