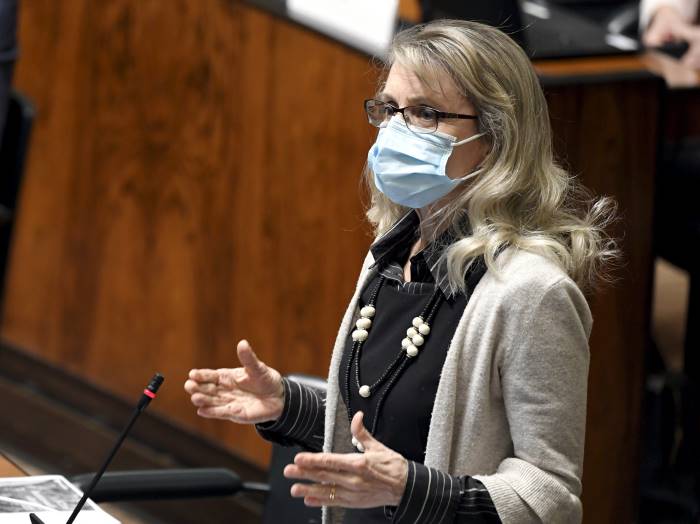 Nowadays free speech is enshrined in international declarations and national constitution. It is the right of those who live in democratic societies and the aspiration of those who do not have this privilege. In a free society, everyone should have the courage and freedom to share their deeply held beliefs without fear of censorship or suppression. The rise of “cancel culture”, the idea of publicly defaming and thrusting a person who holds certain beliefs out of social media or professional circles, is a threat to a free society that claims to be tolerant and equal.

In a democratic society, we must be able to disagree and cope with speech that insults our feelings. Many questions are so debatable and contradictory that we have to have the possibility of discussing and debating. Otherwise the development is towards a totalitarian system with only one correct view. During my career as an MP, young, smart people have contacted me and told me they are afraid that if they are open about their beliefs, it will hinder their career and social acceptance.

The Finnish Police Force is conducting five separate criminal investigations against me. In all of these cases, I am accused of criminal agitation against a minority group, primarily for quoting the Bible in a tweet, for a 16-year old pamphlet, for speaking according my Christian faith in radio and television programs and for a blog post. According to the Criminal Code, this crime carries the sentence of a fine or imprisonment for a maximum of two years.

Freedom of speech, freedom of religion and freedom of expression are firmly guaranteed and protected under International Human Rights Treaties and in the Constitution of Finland. Free speech is the cornerstone of democratic life. The right to free expression is hardly less important than the right to live in peace. Free speech facilitates debate, the consideration of diverse perspectives, and the negotiation necessary for consensual policy decisions in a democracy. I have always been a staunch advocate of freedom of speech.

My cases have attracted the attention of people from all around the world and resulted in much international support, for which I am extremely grateful, but the mere fact that there is a police interrogation endangers the freedom of speech by acting as a deterrent. Safeguarding freedom of speech is of crucial importance.

The foundational rights such as free speech is threatened when people stop using them. It is important to remember that there is no universally agreed definition of ‘hate speech’. If hate speech was in our legislation, there would be a great risk that it limited our free speech. The cancel culture has such an effect that expressing opinions that are against the mainstream opinion are easily deemed as being politically incorrect and subject to silencing. This kind of development is not compatible with democratic values. Democracy entails an inclusive political system in which all groups can participate, and all voices are heard. This is a treasure not to be lost.

Päivi Maria Räsänen, née Kuvaja, is a Finnish politician. The chairwoman of the Christian Democrats from 2004 to 2015, she was the Minister of the Interior of Finland between 2011 and 2015. A physician by education, Räsänen entered politics in the early 1990s, running for parliament in 1991