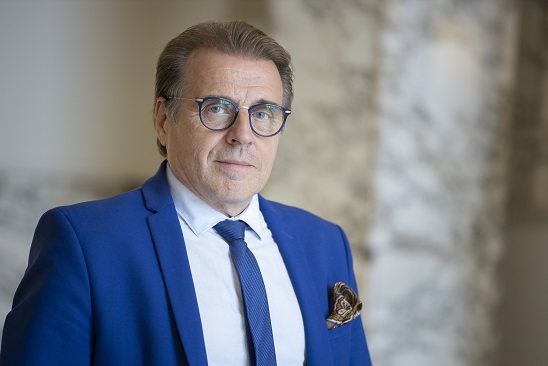 When Finland joined the European Union in 1995, it was mainly a community of Western European countries. With the accession to the European Union, we hoped for security, economic benefits as well as Finland's conclusive integration into the western community of values. Subsequently, many Eastern European countries have joined the Union, and we saw the introduction of a single currency: the euro. From the Nordic countries, Finland was the only country to adopt the new currency.

The euro cannot be described as a success story for Finland. It would be fair to say that because of the euro, Finland’s economic growth has been weaker than in comparable Western European countries. In addition, over the last ten years or so, there have been numerous support measures for the euro, that we were drawn into. Our European liabilities are already over 100 billion euros; and there is no end in sight.

Now the Finnish government is pushing once again for a new support package; our share of this package, including interest and other expenses, is eight billion euros.  This time the whole of Europe will be revived in the name of the corona crisis. However, the funds through the European Recovery Fund are largely distributed based on criteria that already prevailed before the COVID-19. We take on large amounts of debt, which we distribute to countries that have been poorly managed for years. Due to support packages, these countries have no incentive to put their economies in order, and why should they? The EU will come to the rescue if necessary.

According to its own treaties, the EU should not take on debt to finance its activities. Now the treaties are being stretched, or to say it plainly, the treaties are being violated.  The mounting debt will eventually lead to EU being given its own right of taxation. It will raise Finland’s already high tax rate, which we cannot afford. There will be major cuts ahead and the downsizing of our welfare state. We will not allow this.

The EU’s current path will lead to its destruction.  The countries we would now be helping, naturally want as much of the gratuitous financial support as they can get. It would also be possible for these countries to obtain loan money, for example from the European Stability Mechanism, but they do not want that, because a loan is, of course, more expensive for them and it comes with conditions. As a result, these countries will always ask the EU for a new gift in the future. Europe is threatened by a banking crisis, which (according to Gns Economics) is likely to begin next spring. Banks in Italy, Spain, France, and Germany will be at the heart of the crisis, and through the fund, we will become the payers of this crisis.

The EU recovery fund must therefore be overthrown. There is still a chance. At the same time, the federalization of the EU must be stopped, and decision-making must be restored to the national level. Only in this way can Finland keep its independence and ensure the existence of the welfare state in the future as well.

Jari Jukka Hannu Koskela is a Finnish politician currently serving in the Parliament of Finland for the Finns Party at the Satakunta constituency. He is a Pastor and Doctor of Social Science.