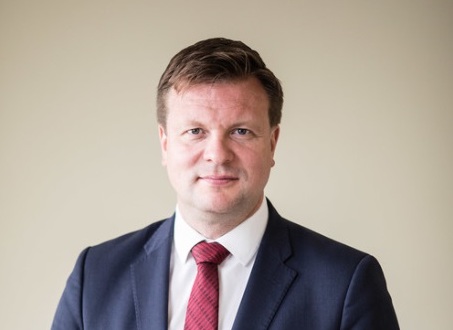 In recent years, global powers have clearly distanced themselves from the rules-based order and moved closer back to the times of power politics. The corona crisis has proven, at the latest, that we need multilateralism and international cooperation in order to survive.

Global causalities have been clearly visible in the crisis. We have seen how interdependent different continents and countries are because of the impact of events that started in a marketplace in China. It has become clear that no country can solve this crisis alone.

In developed countries, the focus of controlling the pandemic is now shifting towards the dismantling of the strictest emergency measures. At the same time, the virus is proceeding in the developing world, potentially creating an unforeseen humanitarian crisis. Even if the spreading of the virus in Africa is not yet documented in great detail, it is not an exaggeration to say that the alarm is sounding, when estimating the possibilities of the poverty-stricken countries to deal with the consequences of the virus.

Many developing countries lack basic healthcare, not to mention medical ventilators. In addition to the anticipated severity of the virus' impact itself, the corona crisis already complicates access to food and medicine, as well as education and job opportunities in these countries. The UN has estimated that approximately 180 million people will require emergency aid worldwide this year. Last year, the number was 132 million.

The common global crisis has strengthened the EU’s position as a global actor. This can be seen in the way the EU has taken steps to help African countries to fight the crisis. For example, the EU Commission rapidly targeted a €15.6 billion relief package from development funds to the partnering countries. In addition, when counting together the development aid from the EU member states, the value of this ‘Team Europe’ aid rises to over €20 billion. This funding to increase coronavirus testing and support basic healthcare as well as the food supply.

Finland is also re-targeting development funds. Altogether, €31 million will be aimed toward corona crisis relief efforts. The sum is composed of development funding, an additional €5.5 million in aid allocated by the Finnish Government for the WHO, and international vaccine research funding from the Ministry of Social Affairs and Health.

The most effective type of funding in crisis situations is so-called core funding, which allows the recipients to use it in a flexible manner - for example, Finland’s support to our notable partners in the UN, such as UN Women and the Population Fund UNFPA. The organizations can deliver critical sanitary and hygiene products to countries that have the weakest health care systems and thereby reach women in the most vulnerable groups.

Only with strong global cooperation, political will, and technical and economic resources can we respond to the unprecedented challenge posed by the virus in an effective and sustainable way. None of us is safe before all of us are safe.