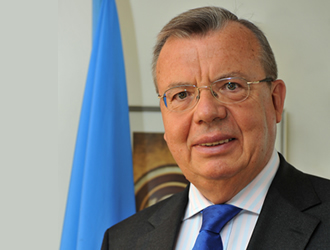 News that two university students in the United Kingdom were recently rushed to hospital after using a synthetic cannabinoid highlights a worrying trend. Cases across the world are often disturbingly similar: A young person is found sprawled out, often unconscious and in need of swift medical assistance. Many of these individuals recover. Some, however, do not.

Marketed as herbal smoking mixtures under names such as Spice Gold, K2, Kronic, and Exodus Damnation, the connecting thread is a large and diverse group of synthetic cannabinoids of varying potencies, which have so far been detected in more than 90 countries.

These powerful drugs produce a cannabis-like effect from smoking dried plant material soaked with chemicals. Due to their varying potency, the effects are often unpredictable and can be deadly.

The United Nations Office on Drugs and Crime identified 31 types of these synthetic cannabinoids in 2009 and 183 as of March 2015 – a growth of around 600 percent. Seizure figures are also on the rise, with 1.6 tons seized in 21,000 cases in Turkey, Norway, and European Union countries in 2013.

Some who use these products talk of feeling relaxed, and of having enhanced moods and experiences. But others report panic attacks, hallucinations, convulsions, and raised blood pressure. These drugs have, in rare cases, been connected to heart attacks.

The components of these smoking mixtures are constantly changing, making both treatment and law enforcement challenging.

Information about the consumption of these synthetic drugs is also difficult to obtain. It is estimated, for instance, that in 2010, a substance known as “Spice” (without an indication of the synthetic cannabinoids it contained) was taken by only 0.1 percent of those aged 15 to 64 in Slovakia, but was the fourth-most-used substance in the same age group in Latvia. It is far too soon to have a clear picture of the use of these drugs, and there is a need for increased research and analysis by all countries that face this challenge.

Responding to this problem requires a comprehensive approach at the local, regional, and international levels. Some European countries have sought to control circulation through legislation on medicines, but this strategy received a setback when the European Court of Justice ruled in July 2014 that synthetic cannabinoids do not meet the criteria of medicinal products. Other countries have attempted to schedule the drug under national laws by the chemical class or family of chemicals, or by reason of the effect the compound has on the brain.

In 2014, the World Health Organization Expert Committee on Drug Dependence reviewed the risk to public health of some of these synthetic cannabinoids. In March 2015, as a result of their recommendations, the Commission on Narcotic Drugs, based in Vienna, decided to put two of those substances, JWH-018 and AM-2201, under international control by adding them to Schedule II of the 1971 Convention on Psychotropic Substances.

Since 2008, the United Nations Office on Drugs and Crime has been monitoring the ability of member states to understand and confront the illicit use of synthetic drugs. Through its Global SMART Programme (Synthetics Monitoring: Analyses, Reporting, and Trends), it is trying to improve coordination and cooperation in an attempt to counter this threat, knowing that the only way we can prevent the spread of these dangerous drugs is by working together.