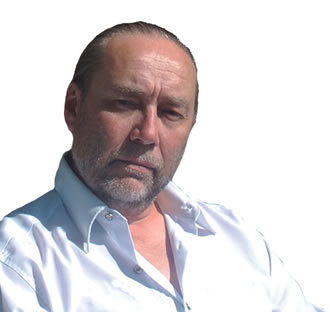 If 10 years ago you had been asked, "in which country are facial expressions illegal when they are against the official truth?", would you have suggested Finland? And would you ever have guessed back then that Sweden would today have the second-highest number of rapes per capita in the world?

Ten years ago, Finland was the most competitive and the safest country in the world, thanks to an open society. Today, silenced by force, we do not fit on the Top 10 list at all. Sweden dropped out long before us. That country is now praised for being the most generous and for accepting the most asylum seekers. We silently follow their example.

In both countries, the political leaders claim that the freedom of speech has to step back when it comes to tolerance. The leaders of the past thought otherwise. George Washington, for example, wrote: "If freedom of speech is taken away, then dumb and silent we may be led, like sheep to the slaughter."

And, indeed, slaughter is running all over the previously safest and freest countries of the world. Violence, especially in the numbers of rapes, grows by hundreds of percent at the same time as politicians try to forcefully silence all critics against it. In the name of tolerance.

Harry S Truman tried to warn us: "Once a government is committed to the principle of silencing the voice of opposition, it has only one way to go, and that is down the path of increasingly repressive measures, until it becomes a source of terror to all its citizens and creates a country where everyone lives in fear."

Recently, a study showed that more than 80% of Swedish women are afraid to go out alone. And two of three Germans fear the consequences of growing immigration from Muslim countries. And, so it seems, almost all political leaders fear telling the truth.

A German mayor, Heinz Buschkowsky of Neukölln, dared, however, to be an exception. He recently wrote a shocking book about his home town, where more than 40% of citizens are immigrants, and described everyday life as brutal havoc. He says that we must stop accepting, in the name of tolerance, the violent behaviour of immigrants. And he is not alone. Tens of thousands of people in Germany have already come to the streets to demand that their politicians change multicultural plans.

Indeed, we should question what true intentions exist behind this holy tolerance. It was Benjamin Franklin who said: "Whoever would overthrow the liberty of a nation must begin by subduing the freeness of speech."

We, who do not want our countries, homes and traditions to be sacrificed on the altar of multiculturalism, are not silent sheep. Even if the butchers of nation-states now say we should die silently or, at least, only using proper language, we will not obey. We are not willing to be subdued. We are not ready to die.