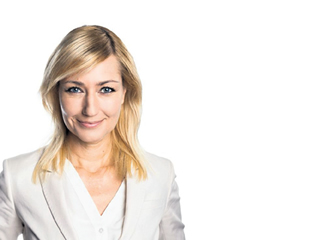 "The only thing necessary for the triumph of evil is for good men to do nothing," is a quotation by 18th-century politician and philosopher Edmund Burke. Although the world has changed in Great Britain's House of Commons since Burke's day, the thoughts of this man – who is seen as one of the founders of modern conservatism – is still as relevant as ever.

The news from the past year tells a story of how the lack of dialogue, misinterpretation and exaggerated accusations combined with an absence of will to respect one another all make the best foundation for never-ending, violent conflicts.

In Syria, 200,000 people have lost their lives and more than 3 million have already fled their country, with the majority of refugees being women and children. In Iraq, ISIS is spreading terror and is demolishing the basis of a functional society. In Somalia, there is still an on-going conflict that is causing people to seek refuge in faraway countries. In Ukraine, anti-government protests have turned deadly and for the most of the year separatists have been fighting Ukrainian forces in the eastern parts of the country, leaving civilians in an intolerable situation.

Finnish immigration statistics reflect directly the instability of certain regions around the world. Ukraine has now become the third biggest source of asylum seekers to Finland, right after Iraq and Somalia. From these three trouble-ridden countries a mere 1200 people made it to our peaceful Finnish shores to seek asylum and new life. According to Finnish immigration authorities, only a few are actually allowed to stay here – most are turned away. Finland's immigration policy is stricter than in many other European countries, yet immigration is a theme that seems to bring up emotions beyond facts and figures, especially preceding regional and national elections.

Public discussions on immigration issues sometimes takes the strangest of routes, as it did a few months ago when a National Coalition Party (Kokoomus) MP Pia Kauma claimed that immigrants are being favoured by social services in receiving exaggerated financial benefits to buy such things as luxury baby carriages. This Espoo conservative defended her view by claiming that she had heard that this kind of favouritism is happening and that she is sure that what she heard is be true. Her claim was instantly proved wrong by social-services officials but she maintained her opinion.

Meanwhile, the online forums started filling with hateful comments towards immigrants in general. In one of the forums, one anonymous writer stated that immigrants are being given expensive cars to drive round for free. The writer said that he had seen two black men driving a car with Espoo City stickers on its sides. It later turned out that those two men were Espoo City elderly-care workers.

The next parliamentary elections will be held on April 19. Immigration is an issue that deserves to be discussed in an appropriate and truthful manner – and without populism. There will always be immigration and immigrants. My mother is an immigrant, she moved to Finland from the Soviet Union in the 1960s. There are many and will be even more of my kind in the future – Finns whose parents were not born here. No matter what the person's background, they all deserve to be seen as a member of our society.

Us politicians, who have sworn to respect Finland's Constitution, need to withhold from racism and hatred – even when it seems that public opinion takes its cue from assumptions that have no basis in fact. As Edmund Burke put it wisely in his 1774 speech to the electors in Bristol at the conclusion of the poll: "Your representative owes you, not his industry only, but his judgment; and he betrays, instead of serving you, if he sacrifices it to your opinion."