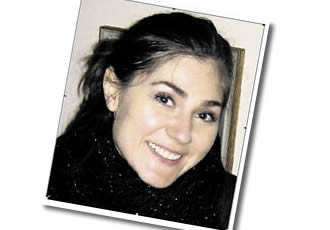 In the last years, Finland has ranked among the world’s happiest nations, together with the other Nordic countries. More than income, strong social networks and absence of corruption seem to count for happiness. These are the findings in the United Nations report presented at the Conference on Happiness in April 2012.

Becoming a mother, I understood some other things that make Finns happy. The option to have a three-year maternity leave, the free of charge Neuvola health care services and the Kela baby package show that the government cares about the wellbeing of families. In addition, the free public transportation, the baby changing rooms and the baby corners in shopping malls and restaurants make Finland a baby-friendly country.

If mothers decide to stay at home, the outside and indoor playgrounds and the family clubs offer daily fun for babies. Having a chat while babies are busy playing could be a source of fun for parents. Yet, conversations in the playground have hardly begun when they end with a yes or no. The language barrier and the shyness of Finns might explain some of this, but sometimes even before any words are said I feel an emotional distance. In order to cope with this type of interaction, I started writing a blog, Discoveries Into Yourself, to express what natural and rich emotional interactions are for me.

A Japanese mother confesses that she is comfortable with a “kind of distance” in communication with the Finnish parents. At the same time she thinks that it might be difficult to get close contact with Finnish families because she is not fluent in Finnish.

An immigrant mother from Romania who speaks Finnish well, learned to accept that her initiatives to invite neighbours’ children home have not been reciprocated. Maybe Finns like keeping their social distance to immigrants, which means they are not interested in getting to know the immigrants on the playground or in the neighbourhood.

In order to maintain her social interactions, an immigrant mother from Yemen joined different groups such an English-speaking mother and baby group, and a learning Finnish group. It is easier for immigrants to become friends with other immigrants and as a result, Finnish families and immigrant/intercultural families live in their separate worlds. We may know little about one another but everyone shares a tiny bit of responsibility to contribute to positive changes in the Finnish society. After all, our children and grandchildren may live here and we want them to thrive and be happy!