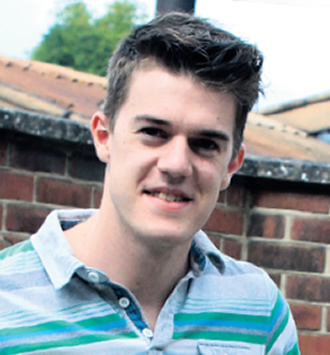 I remember packing for my move to Helsinki. It was summer, as my Finnish girlfriend had insisted so many times over Skype, but I was unconvinced. I crammed as many jumpers and coats into my suitcase as I could and left for the airport. That was nearly four weeks ago, and one thing has surprised me about this country more than anything else: the heat.

Us British people don't do hot very well, and we don't do cold either - so maybe I've come to the wrong country. My second week here was the hottest in Finland for fifty years, and I'm confident in saying it's been hotter than I can remember it ever being in Britain. I wish I'd brought more than one pair of shorts.

Finnish people embrace the summer more than any other country I've seen. Every evening or free day that can be spent in the sunshine, must be spent in the sunshine. From trips to Suomenlinna and Mustikkamaa, with Finns sprawled out over every beach and rock in sight, to the music and food festivals every weekend in Helsinki, it's great to see so many people enjoying being outside. I've been forcing myself out to join them, in my thick t-shirts and jeans, even though the British part of me really feels that everyone should just head inside for a cool drink.

Of course, I had heard of the Finnish reputation for silence, and the respect for personal space. Put "Finnish people at a bus stop" into Google and the top result is what I had in my mind before I left. The British aren't the most talkative people in the world either, but this country takes it to another level. I've seen waiters in busy restaurants standing behind customers who are accidentally in their way, and simply stay there until the customer moves. Likewise, my chirpy moi! is often ignored by bus drivers, and I've had people bump past me on the train, rather than letting me know I'm blocking their path. There seems to be a nervousness about talking to strangers, even when it's needed.

The differences will always stand out more than the similarities. I've often had to remind myself of why I feel so comfortable in this country, when I don't know many people and can hardly speak the language: there are plenty of things here that remind me of home. I went to the immigration office to register as a temporary resident and was told I needed a job first, and that the job office in Pasila could help me. When I visited the job office, I was told I needed to be registered first. I had to smile, as I've had similar experiences in Britain many times. Food is something I was nervous about, as I'd heard many stories about liquorice and salted fish (although thankfully not together). I was relieved when I found that the cuisine here favours simple ingredients (and not too much salted fish), much like home: the Karelian pastries are a particular favourite.

I've learned enough about this country in my short time here to know I'm looking forward to the next few months. We'll have to see if that changes when the winter rolls in. I'd better get outside while I still can.