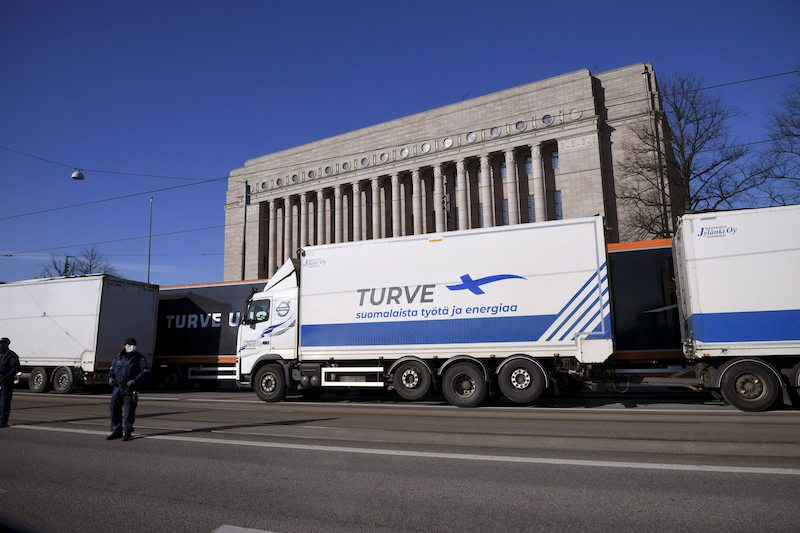 Having recently returned from the United States, I asked a friend to give me an update. His answer was short and sweet: “Nothing.”

Although this is not entirely true—there have been skirmishes over the government’s COVID policy, for instance—the quietude is a blessed relief for this shell-shocked survivor of America’s political wars. It’s good to be back in the land of social rest.

Googling “political controversy in Finland,” I came upon a story titled “Finland’s Dirty Secret.” The “secret” turns out to be the country’s reliance on peat as a source of energy. This is a genuine problem, since peat is responsible for a third of the country’s climate change emissions, but it is precisely the kind of problem that government is built to handle.

Peat-gate does not pose a threat to democracy, of the kind that the U.S. is now facing. If you think that Joe Biden has singlehandedly ushered in an era of good feelings, the lions and the lambs bunking together, a day’s-worth of newspaper headlines will disabuse you of that notion. If you believe that I am being overly dramatic in labelling what’s happening as a genuine threat, cast your mind back to the January 6th storming of the Capitol and consider the ongoing attempts by contortionist GOP politicians to recast it as a jolly garden party.

Finland occupies an alternative political universe, a place where democracy thrives. That fact, not the jocularity of the citizenry, is one reason why the country keeps getting chosen as the happiest in the world.

Still, the increasingly toxic online culture and venomous public forums are cause for concern.

A recent NATO report pointed out that the country’s female cabinet members have been the focus of a social media hate campaign. Those messages have been triggered by the right-wing staples—COVID regulations, immigration, Finnish-EU relations and left-leaning politics.

Yet what’s happening in cyberspace goes well beyond misogyny. Almost half the members of Parliament report that they have been the targets of hate speech. Many of them report that their work has consequently suffered.

Local politicians are under siege as well—in a recent survey, two-thirds report that they have been barraged by invective. As a result, nearly half of them noted that they were less trusting of people they didn’t know and less willing to participate in political debates that, far from being enlightening, can turn ugly and personal.

This venomous environment is now sidelining potential candidates as well. The HT recently reported that nearly a third of those whom the Social Democrats asked to run for local office turned down the Party. This wave of rejections has also hit the Left Alliance and the Greens. In earlier days, these individuals might well have been pleased to be asked to run, but they are unwilling to enter a world shaped by hate speech.

Who can blame them?

With municipal elections around the corner, competing slates of candidates for local office plaster the country, smiling photos pleading for votes. I haven’t been here during election season, and these posters represent a healthy sign of democracy in action. Yet there’s more to the political story than happy faces. The reluctance of newcomers to enter politics and the troll-driven stress under which politicians are laboring are a storm cloud on the political horizon and a potential test of democracy in Finland.

David Kirp, a contributing writer for the HT and a frequent contributor to the New York Times, is a professor of public policy at the University of California-Berkeley. He is a permanent resident of Finland.