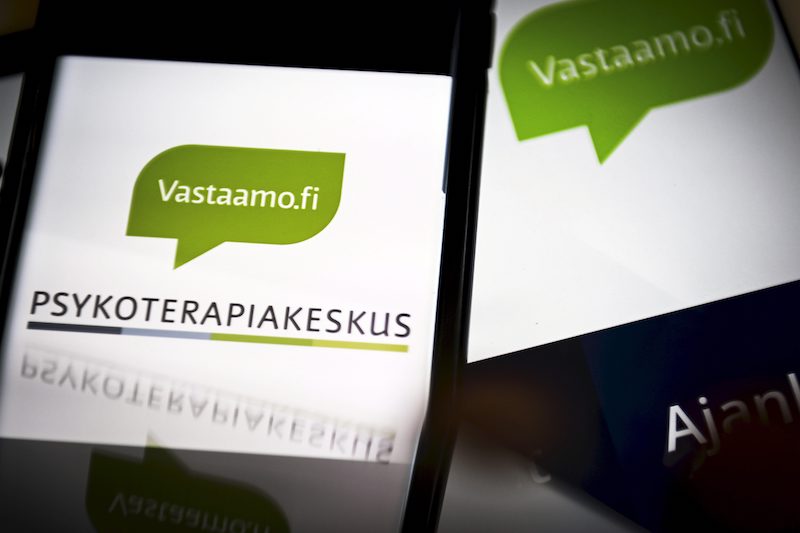 What would you do if the most intimate details of your life were posted on the internet?

Jukka-Pekka Puro’s life, as recounted in Wired magazine, was a nightmare. In 2017, when his wife divorced the University of Turko lecturer, he slipped into depression. When his doctors told him that he had inoperable cancer and had only a few years to live, he contemplated suicide.

Realizing that he needed professional help, Puro signed up with Vastaamo, a firm with twenty-five therapy centers throughout Finland.

We know what happened next. Vastaamo was hacked. The records of approximately 36,000 patients, including youngsters, were stolen. More than 25,000 patients reported the extortion to the police, making this, far and away, the biggest criminal case in Finnish history. It also turned into an international scandal, a cyberattack unprecedented in its scope and fiendishness.

The hackers made off with identity card numbers, leaving the patients vulnerable to identity theft. They also stole the bare-your-soul details of therapy sessions. “We all have our own innermost being that we want to protect,” said President Sauli Niinistö, “and now it has been violated.”

If the therapists’ notes were posted, then personal embarrassment, ruptured relationships, smashed-to-smithereens careers could follow. Pay me 200 euros, “RANSOM_MAN” demanded, or a trove of intimacies would surface on the web.

“Mistakes were made,” acknowledged founder and deposed CEO Ville Tapio—not “I made mistakes,” but the passive voice dodge. Left unmentioned was the fact that, as Mikko Hyppönen, chief research officer at Finnish cyber security firm F-Secure, pointed out, the company left the door wide open to hackers.

Vastaamo offered free therapy to the victims. But after what had transpired, only the terminally naïve would trust this firm to walk their dachshund, let alone reenter their life.

“Finland must be a country where help for mental health can be accessed without fear,” said Interior Minister Maria Ohisalo. She is right to be worried, for her countrymen habitually avoid self-disclosure. Will the psychological wound inflicted on 36,000 vulnerable individuals make Finns even more reluctant to express their feelings?

You have to love the gutsiness of former MP Kirsi Piha, who received a blackmail threat. “Up yours!” she tweeted. “Seeking help is never something to be ashamed of.” But Piha is a one-off, unique in her brazenness.

''Self-control is very important in Finland,'' Liisa Keltikangas-Jarvinen, a psychology professor at the University of Helsinki, told a New York Times reporter some years ago. ''You cannot show anger; it means you can't cope. If a person is very temperamental and alive, expresses emotions like anger and happiness, the person is seen as infantile.''

The way that the Finnish press has covered l’affaire Vastaamo exemplifies this unwillingness to dive into the personal. Only bare-bones facts and quotes from Establishment figures about policy and politics have made it into print. You have to read Wired, an American magazine, to appreciate how the life of someone like Jukka-Pekka Puro has been upended.

This culture of repression has its historical-survivalist roots in the inhospitable Arctic, writes social psychologist H. Valge, in The Finnish Mind. “It was extremely important for the survival of the whole tribe that people set aside all possible turbulence created by personal feelings or disputes, and unconditionally co-operate to battle the forces of nature.”

“Social distancing was developed as a means to limit and restrict the effect of one’s personal feelings to the whole of the social structure,” Valge adds. “As a result, any show of emotion became a taboo.”

Whatever its origins, Finland pays a huge price, measured both in decimated lives and lost euros, for this emotional impoverishment. The Organization of Economic Cooperation and Development (OECD) reported that Finns have the highest estimated incidence of psychological problems, such as anxiety and depression, in the EU.

Here’s a blow-your-mind statistic—almost 20 percent of the populace have had to deal with these issues, and they have usually done so in silence. What’s more, the OECD concluded that the cost of additional social security, lower employment and lost productivity due to mental illness added up to a whopping 5.3% of the country’s GDP.

The only bit of good news to emerge from this sorry episode is that so many people were willing to ask for help. Perhaps the grin-and-bear-it culture is fading away. It would be a tragedy if the events at Vastaamo prompt a reversion to type, driving Finns back to their emotional hidey-holes.

David Kirp is a professor of public policy at the University of California-Berkeley and a contributing writer to the New York Times and Helsinki Times. He is a permanent resident of Finland.