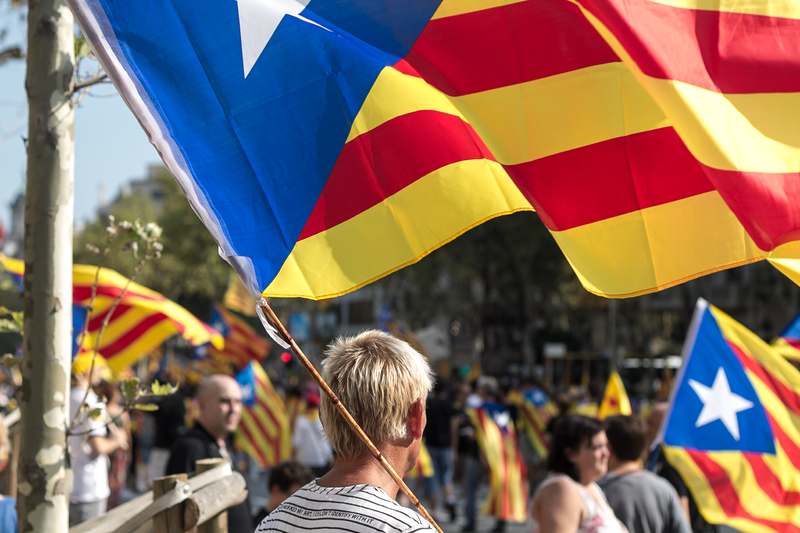 11 September is the "Diada de Catalunya" (Catalonia Day), the day that commemorates the end of the War of Succession, which took place in 1714. The fall of Barcelona came after a long year of siege. The city and the civilian population suffered the consequences of a fierce attack. Visiting the archaeological remains in the Ribera district, you can get a sense of what that loss and the subsequent repression suffered by the people of Barcelona must have meant.

More than three hundred years later, the feeling of lack of freedom is still present. This is evidenced by the hundreds of thousands of people who demonstrate year after year calling for the independence of Catalonia. A territory whose rights have been curtailed. A language, in this case Catalan, should not be undervalued, nor should the identity of a people. No state should be allowed to crush a people's yearning for freedom in such a dramatic way. That is why many voices are being raised towards Europe calling for the same understanding they have shown towards other nations.

While Scotland is preparing for a new referendum on self-determination, we Catalans continue to be denied this right and are punished and criminalised for wanting it and wanting to put it into practice. The European Union lost credibility, in terms of its democratic values, the very moment it looked the other way, when the Spanish state ordered its police to attack the people that was going to the polls to vote in Catalonia's 2017 self-determination referendum, and later when Spain imprisoned politicians, social activists and protesters. The "Diada de Catalunya" is more than a festive event, more than a claim, much more than a memorial: it is the cry of a people who want to break free from the chains of repression.