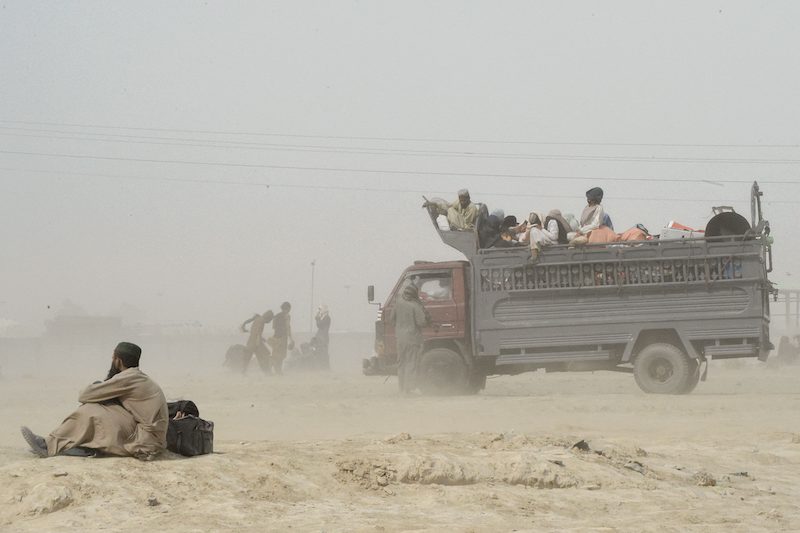 Stranded people wait for the reopening of border crossing point in the Pakistan's border town of Chaman on July 16, 2021, following clashes between Afghan forces and Taliban fighters in Spin Boldak to retake the key border crossing with Pakistan. LEHTIKUVA / AFP

The Taliban claim to want peace and an inclusive, Islamic system of government, but have rejected every call for a nationwide ceasefire and continue on the warpath. Now, they want Afghanistan’s Ashraf Ghani out. His only crime, it would appear, is being not only an intelligent Pashtun, but a highly educated one. What’s next on the Pakistan military and ISI’s wishlist for Afghanistan?

A leader of Afghanistan who is a graduate of a Pakistani madrassah? Would the young Mohammad Naeem, a Taliban spokesman, who supposedly holds a Master’s degree in Islamic Studies from a university in Islamabad be a better fit? The elderly Haibatullah Akhunzada, perhaps, the Taliban “supreme leader” whose background is unclear, save for a curious online photograph and the occasional statement from an unknown address in Pakistan? Everything is fuzzy, hidden, dark, vague and unknown with the Taliban and Pakistan.

Are Afghans to be led into darkness from darkness?  In a way, it has been an unfair matchup for Pakistan, led by a former cricket star. For the US-Taliban Deal, the State Department’s Zalmay Khalilzad sought Pakistan’s generals and politicians. These, however, are the people you consult about perpetual war in Afghanistan. The people you seek to kick the can of terror down the road for another generation of Pakistanis, Indians, Afghans, Americans, and the world.

Afghans want to uproot terrorism—entirely. Islam is a religion of truth. Light. Logic. Cease fire. Put Afghan lives first. The well-being of Afghans: there’s your oil and gas pipeline, there’s your Islamic system. Now, it’s not too late for Pakistan to seek its own academics and scholars. I would start with Dr. Muhammad Tahir-ul-Qadri whose Islamic decree, “Fatwa on Terrorism and Suicide Bombings” is in book form.