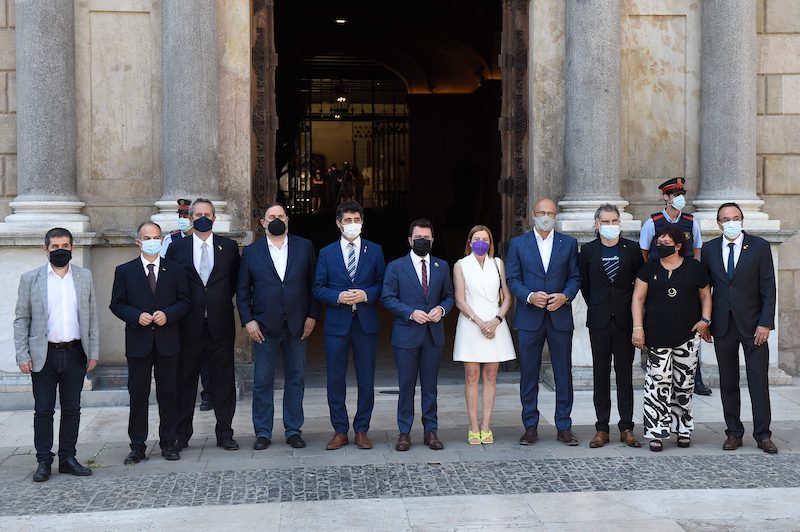 The Solidarity Fund collects solidarity donations from thousands of anonymous people who support the victims of Spain's repression of the democratic and non-violent actions that characterise the Catalan independence movement. It was created by the civil organisations Assemblea Nacional Catalana and Òmnium Cultural when Spain imprisoned their presidents, Jordi Sánchez and Jordi Cuixart.

Now, when there are already 3,300 victims of retaliation, this Solidarity Fund is managed by an independent association. From 2017 until now, it has paid 640,000 euros in fines and lawyers for grassroots militants and €14.4 M in bail imposed by courts and administrative bodies. Aside from the disproportionality of the bails and fines, let's look at an example of unjustified abuse: the Solidarity Fund has had to cover not only  €4.1M, demanded from the Catalan government by the Supreme Court for alleged embezzlement in the 2017 referendum, but also €6M demanded by a Spanish Court in Barcelona from high-ranking officials for exactly the same concept!

Almost simultaneously to the announcement by Prime Minister Pedro Sánchez of the pardon for nine pro-independence leaders sentenced (Council of Europe put pressure on Pedro Sánchez to release the prisoners) to long prison sentences, an administrative body, the Court of Auditors, demanded bail of €5.4M from 34 former senior officials and workers of the Generalitat (Catalonia’s Institutional Political System) related to the international promotion of Catalonia from 2011 to 2017. If they have not deposited these exorbitant bonds by 21st July, their properties, salaries and pensions will be seized. As Carles Puigdemont's lawyer explains "This is a dreadful and openly abusive action that only aims to generate damage, this time by affecting assets ". Also, 33 Nobel Prize winners in economics criticise the Court of Auditors and support one of those being prosecuted, Andreu Mas-Colell, former Harvard professor and minister of economics in the Catalan government from 2010 to 2016.

In the face of this offensive against Catalan leaders and workers, the Catalan government has created a fund of €10M to guarantee these and future bails. In anticipation of the Spanish courts blocking this fund (which is likely because both the Spanish government and the opposition parties are considering taking the fund to court), the Solidarity Fund has been reactivated and, after only three days, has already collected 300,000 euros in donations from citizens and continues to grow.