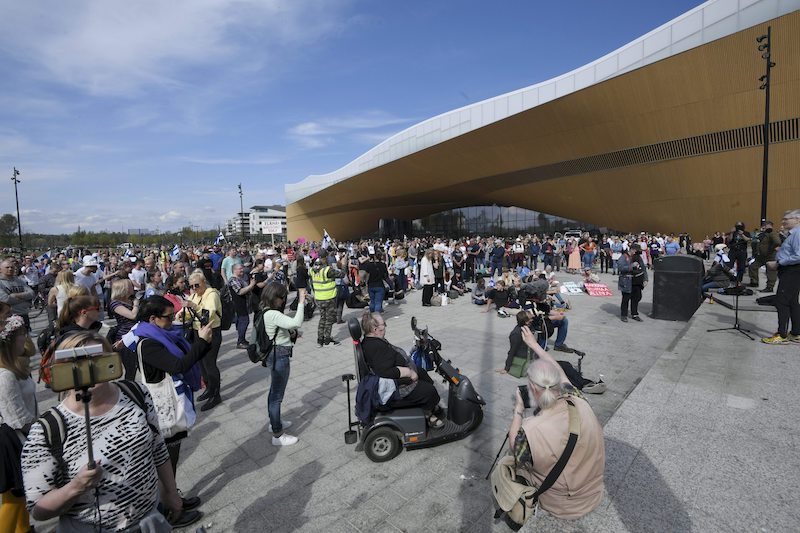 A protest for freedom of speech and a better future in Helsinki on the 15th of May 2021.

Freedom of speech is frequently under attack. Perhaps that’s to be expected in countries where dictators call the tune but the problems still exist in free societies in the definition of hate speech. One recent example is the accusations against Päivi Räsänen, a respected politician whose Christian views are well known. She faces prosecution by the Finnish General Prosecutor for expressing her religious beliefs. She didn’t express hate towards anyone.

Human rights are very much in the news these days. The right to life is the most fundamental – without it the rest are pointless. The left are increasingly strident in their condemnation of anyone who dares to publicly defend Christian values which can hardly be termed hateful – simply because they disagree.

A street preacher in London was detained by police for quoting biblical texts. He wasn’t expressing hatred towards anyone. He was released hours later without charge, miles away from his home, and with insufficient funds for his bus fare. Similar examples are easy to find on the internet any day of the week.

In the UK the all-party parliamentary group on religion in the media point out that journalists were generally indifferent to religion at best and biased against people of faith at worst.  Facebook has banned Donald Trump – it doesn’t share his views. Many folks disagree with him but he is entitled to his views however wacky they seem.

In a nutshell, there is a left wing constituency which appears determined to stamp on any opinion which reflects Christian values. Perhaps that is motivated by hate?