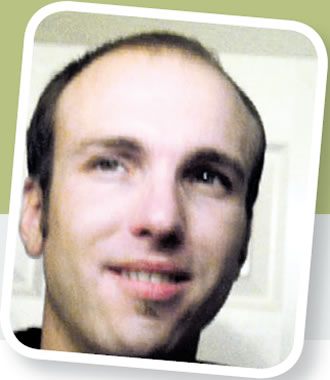 I’M rather enjoying the weather in Helsinki. Before I moved here, I spent a brutal summer in North Texas – a primeval landscape of sweltering heat, populated more by swarms of giant insects than by the proud ranchers who wave to passing cars. On my growing list of uncommon destinations, I found myself in this unsettling place where I would never blend in. I grew up just a few states away in California, but I would indeed feel less out of place as far away as Finland.

When I applied for a PhD in Urban Studies last year, Helsinki was an easy choice. I’d read as much as I could about Finland, and studied the language a bit. The obvious drawbacks to life here would be no surprise, nor were they a deterrent. No matter how cold it is outside, you can always add layers. When it’s 46C (115F) in Texas, there’s little to be done. The knowledge that I would soon be in icy Finland helped me survive the endless heat of last summer.

My first day in Helsinki, I spent hours walking around my new city, learning the texture of its streets. Sure I was lost, confused about whether to pull or push on a door, but nothing gave me away. My kiitos was pronounced well enough, and people in shops were otherwise silent. Unlike an American in a London pub, I did not stand out. Everywhere, the culture of quiet wrapped me into the city, welcoming me. It’s quite a bizarre feeling to blend right into somewhere entirely new, so very foreign in every way to where I had just been living. The physical cityscape amplified this feeling. I shot an e-mail to my mother: There is something about the Art Deco architecture: a sort of motif all over town if you look closely, from the 1920’s. The blocky style of the human form, like the men holding the globes at the railway station, in green tarnished copper, or carved in stone. It’s futuristic, streamlined, and OLD at the same time.

At grocery stores Kellogg’s Corn Flakes next to strange items that even my web translator can’t solve. On the main boulevards downtown, nicer establishments with names like “Amarillo” and “Memphis”. This place is strange. Past meets future, familiar meets foreign.

Memphis is in Tennessee, and Amarillo is in North Texas. I’ve been there, along with many places in the United States that are not suitable for a family vacation. But people long for something foreign and opposite, and business owners in Finland wouldn’t be the first to exaggerate and repackage romantic imagery of the West. But wishful thinking did not bring me to Finland. In the end, it doesn’t matter why I am here, more that it was entirely my choice, not made in the shadow of idealised history. Maybe it’s cold, maybe people are hard to talk to at first, but maybe by trying a little harder we can hope for a better result. Helsinki is a real city, and that means that anything is possible.