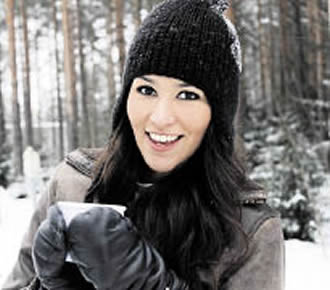 IT’S a sunny day at the pool and I can’t seem to get rid of the heat. A sweat drop rolls from my forehead, which I wipe with my hand. I’m surrounded by a group of Finnish youngsters. My mind is evoking images about their comments: a wooden house, a fireplace and a bowl of porridge; my first glimpse of Finland.

It was not during my exchange in Malaysia that I pictured myself in a Nordic country; it happened when I arrived in Mexico to finish my Architecture Degree. Just then I thought: I’m going to Finland. Seven months later I’m in a transatlantic flight to the Design Capital of the World 2012. How would it look like? What does a country needs to be ‘it’? What an honour! I can’t imagine how the city would look like and my heart beats faster. Plane lands, first stop: Helsinki.

The highway, the signs, the landscape, they don’t differ much from what I am used to. We approach downtown. A series of pragmatic boxes parades along Mannerheimintie and I’m wondering about the architecture trends that this country has encountered through the years.

While passing downtown, Aleksanterinkatu displays the Lundqvist commercial building which has central European art nouveau and neo-gothic motives. Built during 1900’s it clearly resembles a country influenced by the Russian Empire (a majestic empire back then). Continuing along the street I spot the main railway station, an example of strong character and permanent architecture. While Finland was experiencing independence, a Civil War and the First World War, architecture was slowed, but not stopped. During this period numerous buildings were created with strong façades made from stone, and motives that evoked a sense of reliability.

It is also during these years that Finland starts reconstructing itself. The need of work and homes makes architects socially responsible of providing solutions to the planning of industrial facilities and housing. I consider this to be a settling point in the country’s architecture as housing starts being more functional and industrial buildings proliferating around the country, specifically in Tampere (a never-ending industrial charm).

After eight months living here, I came to the following conclusion. Finland’s architecture may not be as iconic, but it is inspirational as it carries a long and heavy historical baggage. I have seen that in this Nordic latitude sublime design can be found, not only in architecture, but also in furniture, shower curtains, kitchenware or any other object. This tells about a society that has learned that the wel-being of its citizens is the number one priority. Good design in daily products expresses a pragmatic, independent, respectful society that is open to progress.

Now I understand; this is what it takes to be a Design Capital of the world, an a-temporal state of striving for the best.