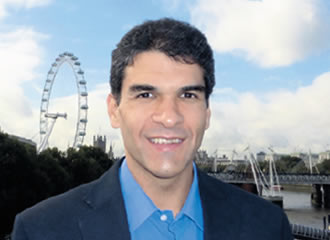 What was it about Finland that made such an impression on me when I visited the country for the first time earlier last year?

The scenery was wonderful, of course. I got a taste of what was to come as the aeroplane flew in over the Baltic Sea and then over a beautiful green landscape dotted with lakes. Although I never ventured out of Helsinki, even the capital was an oasis compared to London, where I live and work. My hotel was just a twenty minute tram ride from the Central Railway Station, and yet a few minutes' walk away was Seurasaari, a lovely little island where, as I sat on the rocks overlooking the pristine waters, with just the odd duck paddling by and not a sound to be heard, I might have been a million miles from civilisation.

I also loved the fact that the country is sparsely populated – yes, even Helsinki! Again, the scene was set in my first few moments in Finland: mine must have been the only plane to have landed recently, because only one of the carousels in the baggage collection area at Helsinki Airport was operating, and the arrivals area beyond was all but deserted. Of course, the city centre is bustling in places, but the main shopping street, Mannerheimintie, felt far less congested than most of the main roads near my home in the London suburbs. For someone like me who enjoys walking, it was a real treat to be able to stroll around, looking at the sights, without constantly doing battle with other pedestrians and road – wusers.

But what I most liked about Finland wasn't its natural beauty or the fact that it isn't crowded, but rather its people.

For one thing, I encountered none of the curtness that the guidebooks had warned me to expect. On the contrary, the locals – whether passers – by from whom I sought directions, shop assistants or tram drivers – were extremely friendly and patient, despite the fact that I didn't speak a word of their language.

There was something more to it than that, though. In England, we seem to have fallen into the habit of shouting about ourselves as loudly and as often as possible. We boast about our achievements on the Internet, we bellow into our mobile phones in public places, we show off about our homes, our cars and our ever more exotic holidays. My impression of the Finns was that they don't set much store by that sort of behaviour. They seemed to me to be altogether quieter, more modest and generally more laid back. Public transport was a case in point: for most of the time, you could hear a pin drop, and even when people were talking, they did so quietly, as if they understood that their conversations weren't necessarily of interest to all those around them! And it was the same in cafés and parks: whilst there was, of course, plenty of conversation and laughter, I also noticed that many people seemed to be content to sit quietly, just watching the world go by.

I have no idea whether Finns are naturally well-mannered and quiet, or whether they are taught to be polite and to recognise that maybe the world doesn't revolve around them. I do know that I admire that aspect of their national character. Cultures like mine, in which people are encouraged to develop an exaggerated sense of their own importance, sometimes to the detriment of society as a whole, have a lot to learn from Finland!