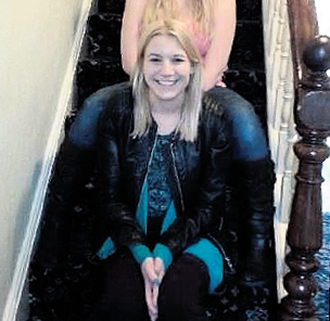 I was born in Helsinki and lived here like any normal Finnish child with typical hobbies (gymnastics, ballet and that hilarious attempt at violin). I started school here and dreamed of that near distant day when as a sixth grader I would take a trip to England with my friends.

I was eight when my road took a sharp turn. A big move to a different country, so I hugged my friends goodbye and promised to back in time for six grade and that trip to England.

Instead next came nine years of moving, like a bingo card of collecting all the continents. When I arrived back in Finland at age 17 to finish off my high school degree, it was like being thrust into a play where you're the only one without a revised script. Everything was familiar but you're still out of sync with everyone. I didn't know anything about being a teenager in Finland; I didn't have a membership to that group.

I struggled with language, which I had only used with my parents. My Finnish was outdated and clunky, compared to my English. I didn't know anything about Finnish pop culture or politics and even taking the bus by myself scared me.

But what frightened me the most about re-settling in Finland was the freedom. The simple fact that I could walk out my house by myself and go anywhere. With all the privileges of living board, this had not been one of them.

Being spontaneous was not part of my vocabulary.

But that is what Finland became to me, the ability to be spontaneous. This included, to my mother's shock, an impromptu trip to a tattoo shop on a school morning to get my first tattoo. But also less impulsive adventures, like getting off a stop or two early and walking the rest of the way home.

I love to walk. It is an option I will take over a car any day.

But after re-settling in Finland and living here happily for three years, I left once more. Perhaps it was that six-grade trip that kept nagging me all those years or something entirely different but I did end up in the UK. For three years I bounced between Finland and Wales, between snow and rain – I still don't know which I detest more. The years in Africa and the Middle East did somewhat spoil me.

This summer when I graduated and moved back home once more, on my final flight I asked myself a question: What it is Finland to me?

Because to be honest, I probably will never settle here full time.

And this is the answer I came up with.

To put it simply, Finland is my anchor. It's my blue and white port in a storm.

When the bags get heavy and foreign food doesn't tempt me anymore, there is a place I know will always welcome me back.

All the roads I've walked on whether under the blue sky of Johannesburg, through the sand storms of Dubai or my beautiful Bucharest where my last name hails from, I know all these roads lead me back to my anchor, Finland.