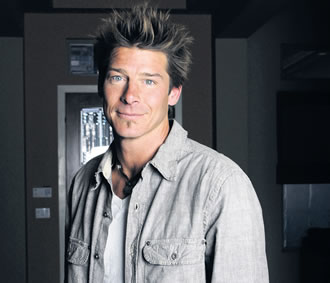 We’ve had reality TV; welcome to manipulation TV. Normally, producers don’t care how you react to their show, so long as you watch it. For example, when you see Simon Cowell on Pop Idol, you might love him, or think he’s a calculating, money-grabbing, cynical git. It’s up to you, and the producers love the fact that there’s a love/hate thing going on. With manipulation TV, in contrast, you are left in no doubt as to how you are supposed to respond – a reaction involving tears and despair, normally. Extreme Makeover (Hurja Remontti), now in its sixth season, is the finest example of this breed of programming. It’s also a fine example of desperation setting in over at Nelonen towers as they show this programme on both 4 and sister channel Liv no less than three times a week.

Emerging from the US like a soul-crunching behemoth dressed up as Mother Theresa, EM takes a deserving family, and redevelops their house. If the house is too knackered to renovate they’ll knock it down and build a new one. The families invariably have some hard-luck story to tell. Even a hardened cynic like myself found it hard not to feel moved, for example, by the story of the guy who got shot in the face during a failed robbery at the convenience store where he worked, was blinded, and his wife had him and three young kids to look after. The house they built him was amazing – designed specifically for a blind person, with loads of cool gadgets everywhere.

The show receives about 5,000 applicants per episode, so the chances of being selected are extremely slim. If you are chosen, however, one morning you’ll wake up to the sound of Ty Pennington (carpenter, host, loon) yelling at you through a megaphone. Personally, I find Ty very annoying, as his boundless and manic enthusiasm makes me want to slam him in the face with a nice solid two-by-four. On the other hand, he’s not building me a house, which I imagine puts a rather different slant on things. Ty will whisk your family off on holiday for a week, while an army of volunteers builds your dream home. The companies involved give their time and products for free, making the resulting programme feel like an hour-long advert for Sears or Wall-Mart. You will return from vacation to find a new residence which is packed full of crazy stuff. There will be more technology than you could shake a stick at, the loo will be big enough to play football in, and everyone gets lavish, individually designed bedrooms.

So, deserving family gets free house – not bad, eh? Well, there have been some problems. One group of seven kids failed in a lawsuit after the family who had taken them in after their parents had died kicked them out of the new home. Some families have had to sell their homes because they can’t afford the property tax. It might not be wise building a one million dollar house in the middle of a neighbourhood where the average home costs 60,000 bucks. Having a pink bedroom with fairies all over the walls is great for a five-year-old girl but what about in a few years when she goes all emo? An email from the show declared that they’re looking for families with specific problems – victims of hate crimes, progeria sufferers, or those who have lost a child to drunk driving are IN. Having a seven-bedroom house requires a lot of upkeep. Oh, and don’t forget to CRY. Yeah, CRY you lowlife. You can try and hold it in, but we’ll get you. Oh yes we will.