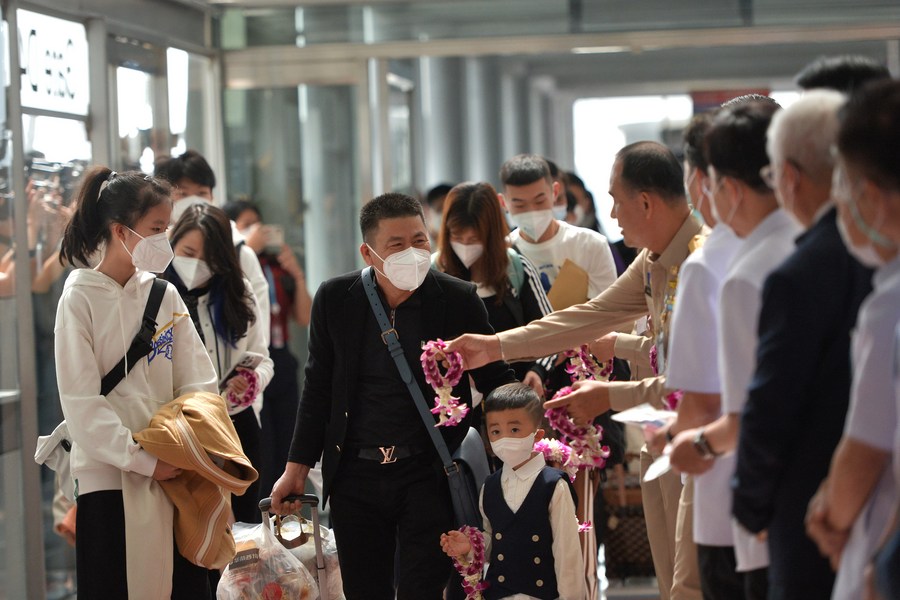 A "final victory over COVID" is dawning in China and beyond; unfortunately, a political virus continues to linger in the West.

BEIJING, Jan. 13 (Xinhua) -- After China downgraded its COVID management, a few of countries imposed entry restrictions on travelers from China. These discriminatory policies are futile for public health, detrimental to a global economic recovery and performative at best.

The United States, Japan, South Korea and several in Europe have imposed additional border rules only on passengers from the Chinese mainland, ranging from testing requirements and mask mandates to suspension of short-term visas, citing a possible infection surge and potential new variants.

Such reasoning is faulty at best.

In an article published in The New York Times, emergency physician Leana S. Wen opined that the coronavirus load from any infected traveler would be just "a drop in the bucket" for the United States. Tom Frieden, former head of the U.S. Centers for Disease Control and Prevention, estimated his country had had "at least 200 million infections" by the end of 2022.

Also, an existing strain isn't a concern. Consider the predominant variants in China for now, BF.7 and BA.5.2, two offshoots of the Omicron subvariant BA.5. They have all circulated in the United States and many countries for quite a while and failed to exhibit an evolutionary advantage over other variants.

Among the roughly 900 variants and subvariants documented in the SARS-CoV-2 lineages system "Pango" by researchers from the University of Edinburg, the single-digit number of variants found in China pales in comparison to more than 600 in the United States, 500 in Britain, over 240 in France, 150 in Japan, 50-plus in Italy.

If those countries were sincerely committed to limiting imported cases, why not impose controls for all inbound travelers, not just from China? Furthermore, if saving lives is crucial, why were restrictions lax during the spread of the more pathogenic original strain and Delta variant?

The probability that international travelers could export a severe outbreak to a destination country is relatively low, as is proven in the case of Singapore.

Singapore has yet to add restrictions to arrivals from China since new variants can emerge from anywhere in the world. "How will other countries treat travelers from Singapore when we encounter another infection wave?" Ong asked.

Regrettably, the scientists' calls have fallen on deaf ears. 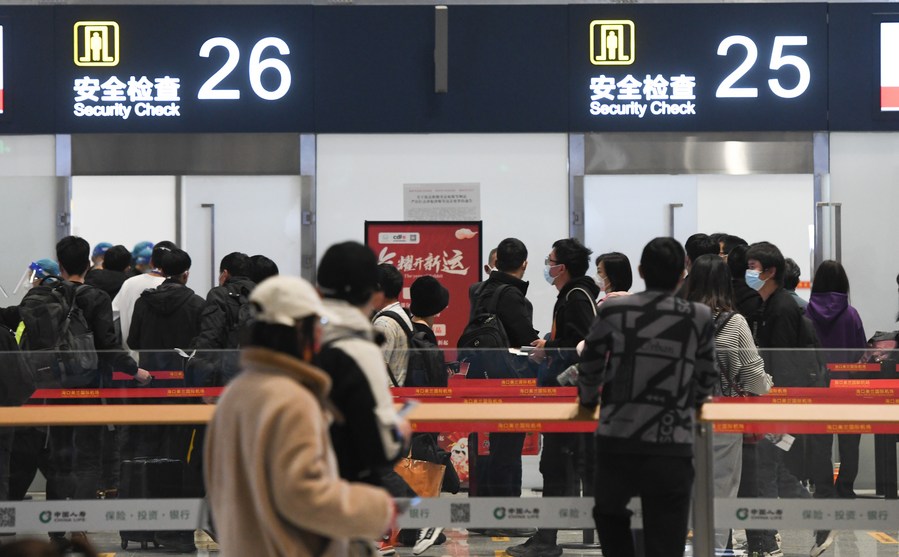 The way Washington and its allies are treating China travelers is reminiscent of their disastrous early response to the pandemic. Disregarding scientific advice and facts, stoking up racism and spreading disinformation, the United States, in the first half of 2020, delivered a COVID response "100 times worse" than China regarding numbers of deaths, TIME wrote.

Although accusing the former administration of "hysterical xenophobia" amid the pandemic, the current White House and its allies are hardly behaving differently, applying the usual double standards and hypocrisy found in Western political discourse.

In a piece in The New York Times, Frankie Huang, a Chinese American writer and illustrator, condemned Washington's selective reinforcement by geographic origin, saying, "The U.S. government effectively endorses the centuries-old tropes of Asians as the 'diseased other'... This places Asians in America once more in the crosshairs of racist scapegoating."

Meanwhile, these biased rules could harm the return of corporate travel and tourism.

"We have the tools to manage COVID-19 without resorting to ineffective measures that cut off international connectivity, damage economies and destroy jobs," said Willie Walsh, director general of the International Air Transport Association, in a statement last week.

A recent survey from Bank of America showed predictions for higher growth in China are up to about three-quarters, with those for a weaker world economy falling slightly. "The easing in (global) recession expectations were likely driven by an improved outlook on China's growth." That bit of good news could be hampered by the irrational and unreasonable application of COVID controls against China, undermining global cooperation.

A "final victory over COVID" is dawning in China and beyond; unfortunately, a political virus continues to linger in the West.