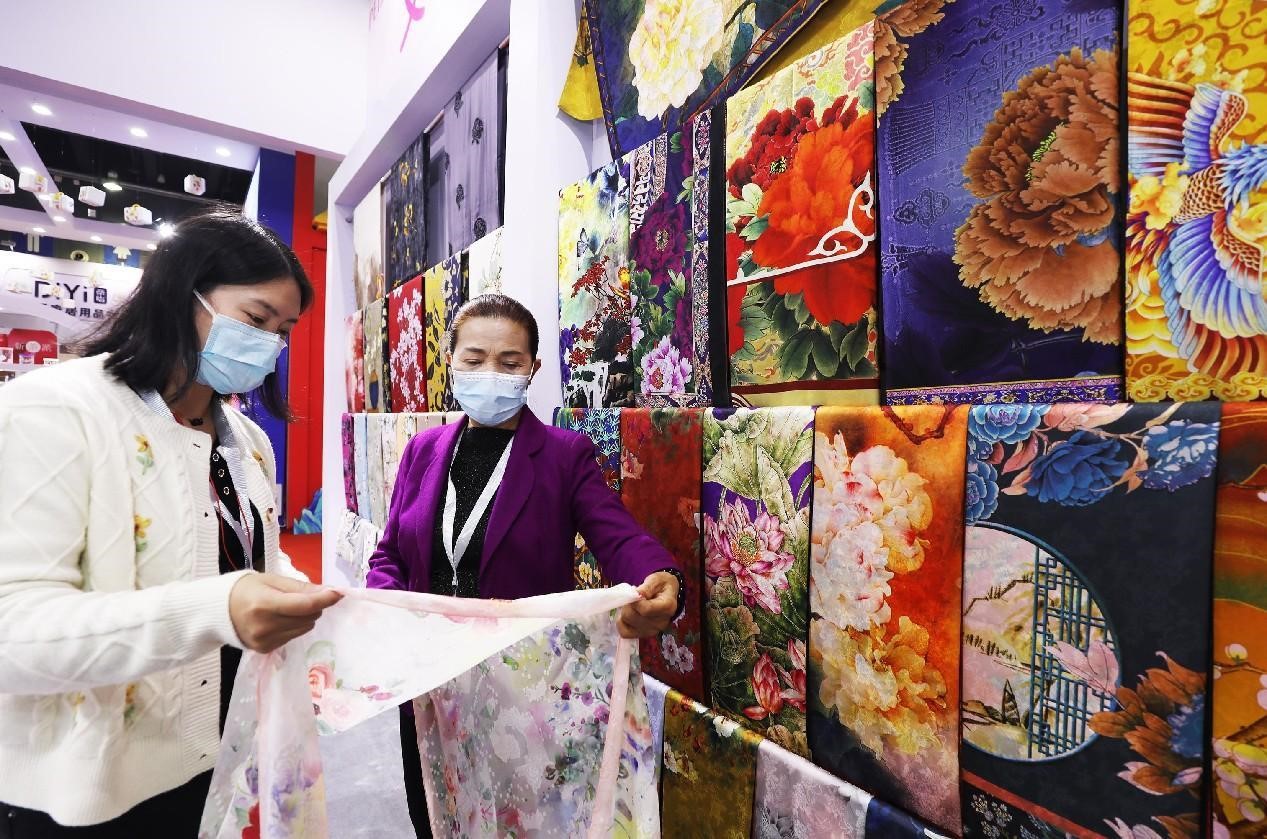 Yiwu, a city in east China's Zhejiang province, is dubbed as the "world's capital of small commodities." It has trade relations with over 230 countries and regions around the world.

The Yiwu China Commodities City, a global center for the circulation, information and display of small commodities, celebrated its 40th anniversary last November.

At the entrance of the market, a series of bestsellers over the past four decades are displayed, including mainspring toy frogs that were extremely popular in the 1980s, enamel cups in vogue in the 1990s, as well as selfie sticks and fidget spinners that became trendy in the 2010s.

These bestsellers well explain how the market maintains its vitality - following trends, making innovations and selling them to the world. 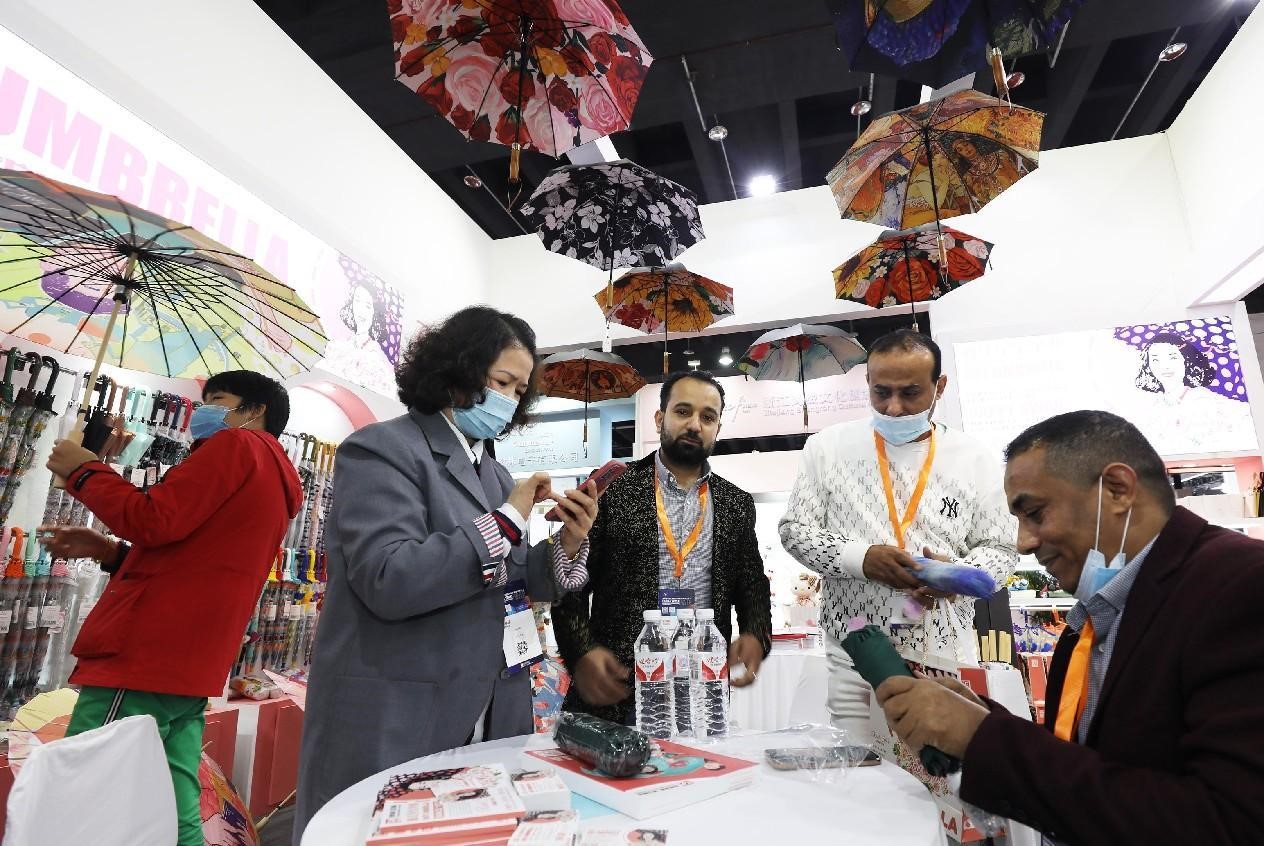 Guo Zhenrong, chairman of Lanyu Digital Technology, a tech firm in Zhejiang province, told People's Daily that he came to Yiwu years ago with a new digital textile printer the firm had developed, which was able to directly color cross-stitch products.

Soon, digitally dyed cross-stitch products overwhelmed the market. Within half a year, the technology was employed by 46 enterprises, who saw their output value increase by 300 percent and their rate of profit hit 200 percent.

"I've come to Yiwu for five years. In the past, we competed with price advantage, but now we attach more importance to the design of our products," said Sun Lingjuan, founder of a company that manufactures accessories.

"We launch around 1,500 new earrings, bracelets and necklaces each year, and we have clients in Europe and Africa," Sun noted.

The market launched its online platform "Chinagoods" at the end of 2020. The online marketplace offers one-stop services including shopping, shipping, tax return and payment of collection, and also provides international warehousing, logistics, payment and cargo space booking services for merchants. It is warmly welcomed by merchants, and its total transaction volume hit 16.8 billion in 2021.

"A total of 390 customers browsed my online store in half a day," said Fu Miaoling, general manager of a woodwork company in Yiwu, who was among the earliest to join Chinagoods.

"I always waited for clients to come to me, but with Chinagoods, now I have more channels to get in touch with them," she told People's Daily. According to her, almost all orders she received after last October were from the online marketplace.

So far, Chinagoods has been joined by 55,000 merchants that sell a total of more than 5 million commodities. Over 2.1 million purchasers have registered on it. 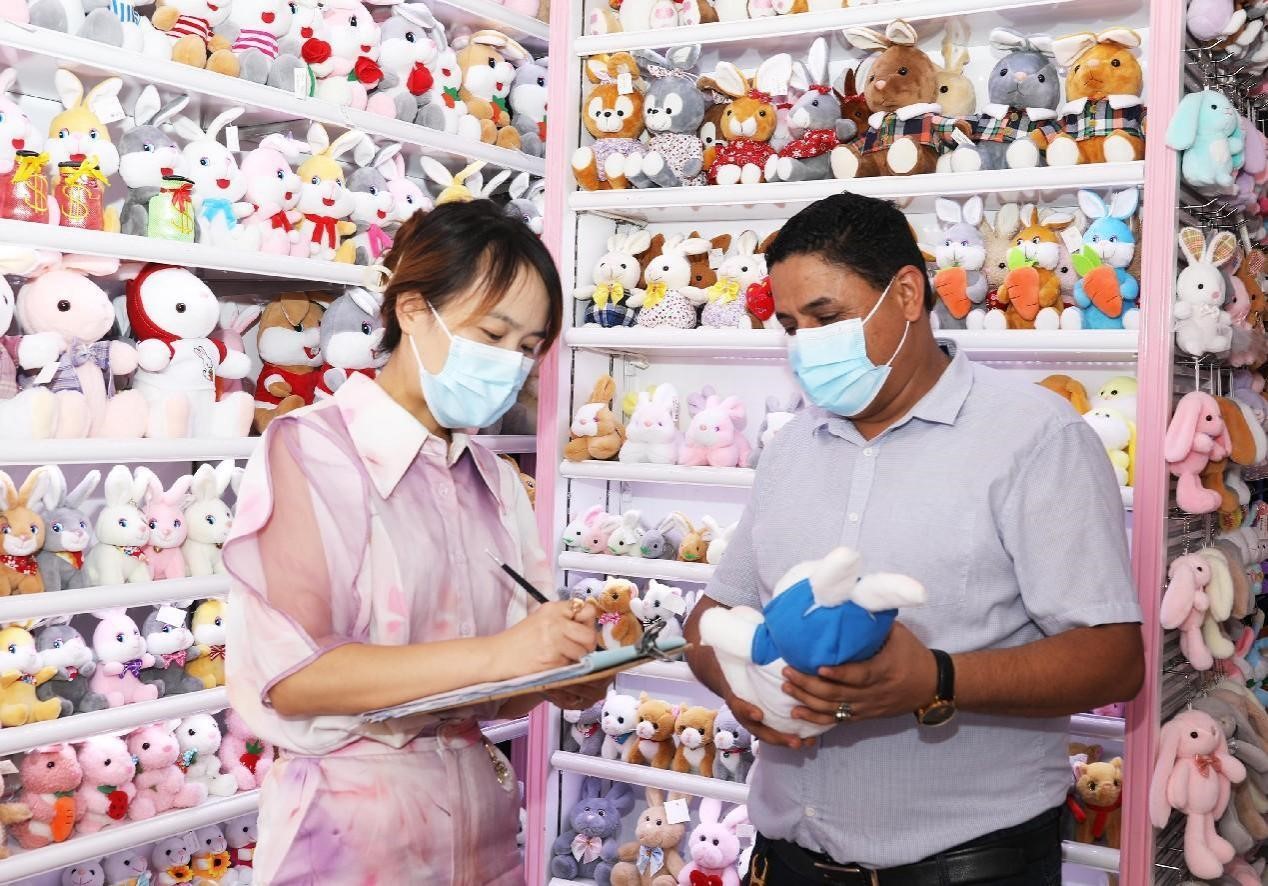 Chinagoods upgraded its functions under the suggestions of merchants. For instance, all trade data are synchronized on the platform and exchange settlement is completed online soon after deliveries are done. Besides, the platform is able to translate commodity information into six languages, and also translate inquiries from clients and replies from merchants directly online.

"We are more and more benefited by digitalization," Fu said.

The Yiwu China Commodities City opened its first overseas branch in Dubai in June 2022. Covering 200,000 square meters, it boasts an investment of 1.06 billion yuan and sells more than a million types of commodities. It enables overseas purchasers to place orders without going to China.

The Yiwu-Xinjiang-Europe freight train now reaches over 160 cities in some 50 countries around the world. They made a total of more than 2,000 trips last November.

"We build overseas warehouses so that we can provide warehousing, sales and the 'last-mile' delivery services overseas," said Zhu Rongfang, general manager of a supply chain management company in Yiwu.

"In the past, we waited for foreign clients to come to Yiwu, but in the future, more Yiwu merchants will go global and set up overseas warehouses," Zhu added.