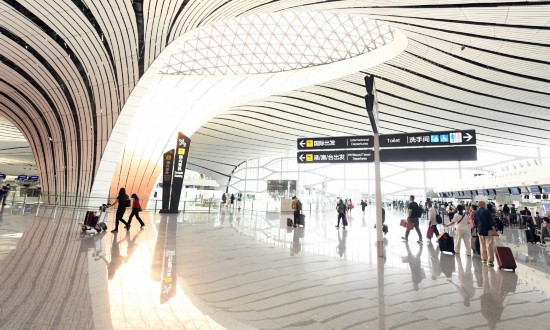 After three years' hard efforts to keep the pandemic at bay, China announced earlier this week that the management of COVID-19 will be downgraded from Class A to Class B and the country will resume outbound travel for Chinese citizens in an orderly manner. It remains unclear as to how fast the growth of Chinese outbound travel will be and what that process will look like, but one thing is clear, that the adjustment of China's COVID-19 response has been much talked about as the potential catalyst for global economic growth in 2023. However, an interesting market phenomenon is that different countries have showed different attitudes toward the opportunity offered by China.

China's further optimization of COVID-19 responses has raised hopes that its multi-billion dollar travel business will flourish again and many around the world try to put themselves in a good position to capture the potential market. For instance, Thailand, whose economy relies heavily on tourism, hopes that potential Chinese tourists can offer a boost for its economy next year. Thailand's Minister of Finance was quoted by Reuters as saying on Tuesday that the country's economy may accelerate next year and hit the 3.8 percent growth forecast provided its tourism sector will get a boost from the adjustment of China's COVID-19 responses needed to offset slowing global demand.

As an interesting comparison, the US and Japan's attitude has seen by many as overcautious. Bloomberg reported on Tuesday that the US is considering taking new COVID-19 precautions for people traveling from China, and also on Tuesday, Japanese Prime Minister Fumio Kishida announced that Japan will tighten border controls for COVID-19 by requiring tests for all visitors from China as a temporary emergency measure.

It comes as no surprise that there are different responses among countries toward the potential for the growth of Chinese tourism. It is understandable that some call on quarantine for those with symptoms or who test positive, but it should be pointed out that the US and some other Western countries have chosen to "live with" the virus from the very beginning. The US has so far reported its COVID-19 death toll surpassing 1.1 million partly because of its policy inaction. Currently, the virus has become milder and less fatal. Why have some politicians in those countries begun to suddenly show increased concern for the spread of the virus? There are reasons to believe that political prejudice against China contributes some part to their "shifted attitude" toward the spread of the virus.

If those countries do nothing to stop their rapid domestic spread of the virus and only take new COVID-19 precautions for people traveling from China, such efforts will be meaningless to reduce their infection rate, but instead, will only damage their own economies.

At a time when the world economy is more complex than ever and faces many shared challenges, some nations have become less willing to support globalization and free trade. The spirit of global cooperation is currently under stress. However, as the world has entered a period of turbulence and transformation and the global economy is facing a challenging outlook, global cooperation will be critical to promote economic recovery in the post-epidemic era.

China was the world's largest outbound tourism market before COVID-19 restrained global travel, with its overseas visitors spending $127.5 billion on travel in 2019, according to Reuters. We hope that all countries and regions in the world can share the dividends from China's economic growth, but the premise is that certain politicians in some countries should set aside their political prejudice and stop an economic "decoupling" push and return to the right path of win-win cooperation.