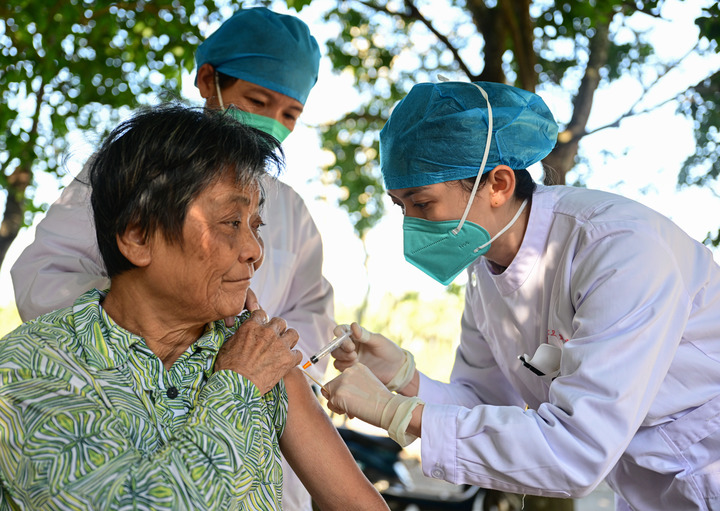 Three years on, some hard truths have proved what China has done right in the fight against COVID-19. China's remarkable feat is too significant to be ignored, though some Western media have slandered and quibbled with them.

The absurd, bloated and irresponsible smearing of China was only another episode of the farce by a few Western media with their deep-rooted bias, arrogance and double standards.

China's achievement is real, concrete and hard-won. It has recorded the lowest rates of severe cases and mortality in the world, taken the initiative in the regular prevention and control phase, and bought precious time for universal vaccination, as well as rapid research and development of testing reagents and drugs.

Under the leadership of the Communist Party of China (CPC) and guided by the philosophy of putting the people and their lives first, China has protected people's lives and health to the greatest extent and minimized the impact of the epidemic on the country's economic and social development.

Even in the COVID-hit years, the average life expectancy of Chinese people increased from 77.93 years in 2020 to 78.2 years in 2021. In 2020, China was the first major economy in the world to achieve positive economic growth. In 2021, China's economic output expanded by over 8 percent, far outpacing other major economies.

China has given an effective solution in line with its national conditions with the lowest overall social cost, tested in practice.

Experiences in combating various virus strains from Delta to Omicron have provided China with space for adjusting and optimizing anti-COVID measures in light of the new developments and the comprehensive assessment of varied conditions.

The new optimization is a science-based, timely and necessary choice. Assumptions that China's latest policy adjustment was too hasty ignore the remarkable progress made in China and expose the West's longstanding prejudice.

As one of the first countries to face the epidemic, China has accumulated rich experience in containing the virus. It has built up a relatively solid immunity barrier with a full vaccination rate of over 90 percent of its population, and enhanced its capacity for drug research and development, medical treatment, and material support.

The Western media's double standards couldn't be more evident by their prejudice against China.

When China adopted a strict epidemic prevention and control policy, the Western media criticized it. When China optimizes its policies, they are also picky. If they can show more rationality and understanding, rather than just nitpicking, will it be more consistent with the moral high ground they have been trying to claim?

What the Western media should care about is that China is taking concrete steps to ease the strains in the medical and healthcare system. The government has called for more immunization coverage for the entire population, especially the elderly, sped up the improvement of tiered diagnosis and treatment systems, and increased the supply of drugs and other medical resources.

The CPC has upheld the philosophy of putting the people and their lives first since the start of the fight against the epidemic. Driven by this fundamental principle, China has effectively dealt with multiple waves of domestic outbreaks and shielded itself against the impact of global occurrences.

Effective coordination between epidemic prevention and control and economic and social development has borne fruit.

In the first three quarters of this year, the total value of China's imports and exports increased by 9.9 percent year on year, maintaining the stability of the global industrial chain and supply chain. As China adjusts its epidemic prevention policies, global financial institutions predict that the Chinese economy will experience a recovery in 2023, which will provide more impetus for the world economy.

China has done what it can to help other countries. In the past three years, China has shared its experience and methods with the world, provided over 2.2 billion vaccine doses to more than 120 countries and international organizations, and provided epidemic prevention solutions and materials to more than 150 countries and 15 global institutions. As many experts from global agencies have lauded, China has become a world model in the fight against COVID-19, and its contribution to the world is indelible.