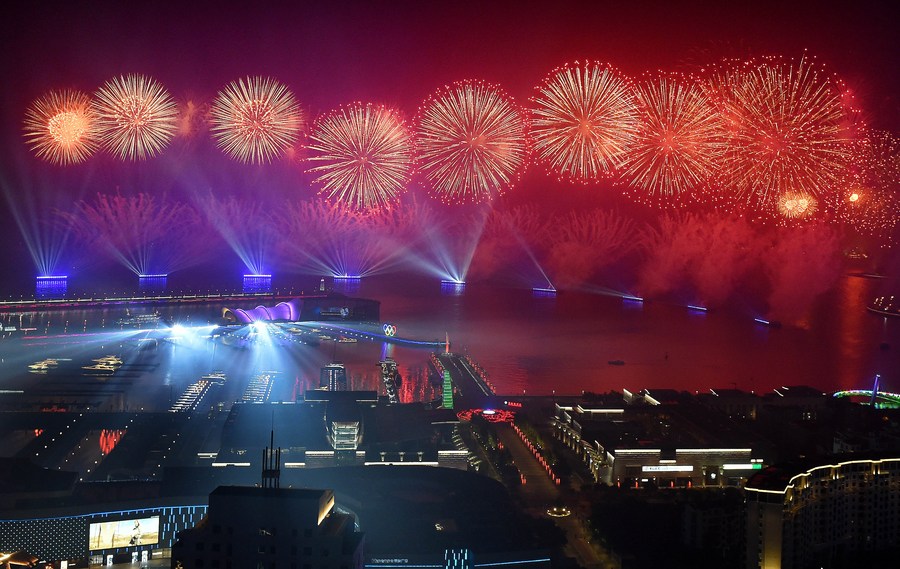 With fruitful achievements, the SCO has grown into the world's largest and most populous regional institution, and it has endeavored to explore new ground, both theoretically and with actual steps, with a view to building a new type of international relations and a community with a shared future for mankind.

Chinese President Xi Jinping will attend the 22nd meeting of the Council of Heads of State of the Shanghai Cooperation Organization (SCO) in the city of Samarkand, and pay state visits to Kazakhstan and Uzbekistan from Wednesday to Friday.

Xi's trip is expected to promote the development of the SCO and enhance China-Kazakhstan and China-Uzbekistan relations.

Since its founding in 2001, the SCO, the first inter-governmental organization named after a Chinese city, has had an extraordinary journey.

After 21 years, the organization, now with eight full members, four observer countries and multiple dialogue partners, has become not only a strong pillar of global peace and development, but also a major force for international equity and justice.

"The SCO enjoys strong vitality and momentum of cooperation. This, in the final analysis, is attributed to the Shanghai Spirit, a creative vision initiated and followed through by the SCO that champions mutual trust, mutual benefit, equality, consultation, respect for diversity of civilizations and pursuit of common development," Xi said at the 18th Meeting of the Council of Heads of Member States of the SCO in 2018.

Within the framework of the SCO, countries have supported each other on issues concerning their respective core interests and major concerns. Together, they have fought against terrorism, separatism and extremism, and taken tough actions to curb the spread of drug trafficking, cybercrime and transnational organized crime. People-to-people programs such as art festivals, the SCO University and the SCO Forum on Traditional Medicine have been launched.

With such fruitful achievements, the SCO has grown into the world's largest and most populous regional institution, and it has endeavored to explore new ground, both theoretically and with actual steps, with a view to building a new type of international relations and a community with a shared future for mankind.

Practices over the years have shown that the values embodied and advocated by the Shanghai Spirit have been fully recognized by the member states, said Zhang Ming, secretary-general of the SCO.

In fact, as a founding member of the SCO, China has been committed to promoting a sound development of the organization. Since 2013, President Xi has put forward a series of initiatives while participating in the SCO summits, which have enriched the Shanghai Spirit. 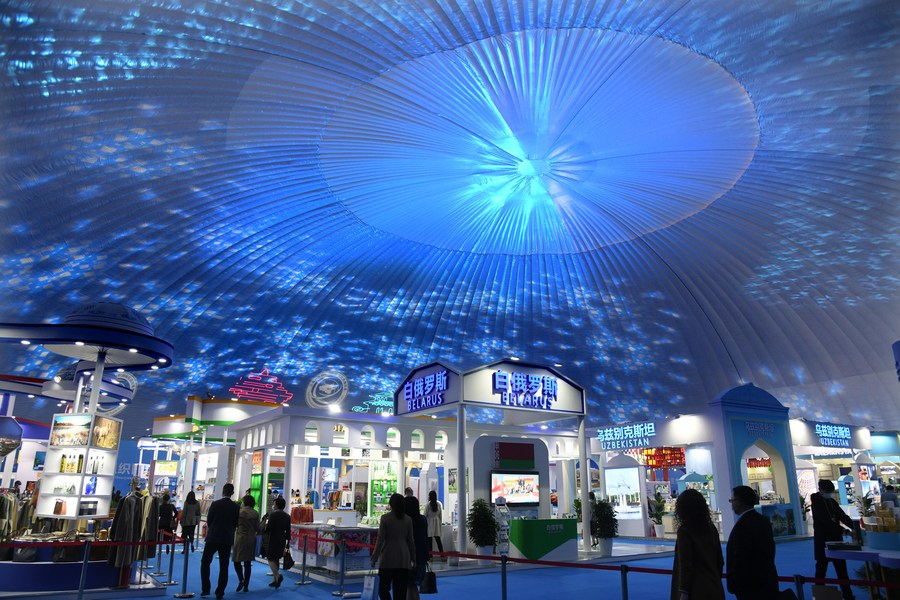 The Chinese president's remarks have summarized the SCO's practices, and adequately met the needs of regional governance and the requirements of the organization's development, said Deng Hao, secretary-general of the China Center for SCO Studies.

As the world is witnessing profound changes, especially after the outbreak of the COVID-19 pandemic, the Chinese leader has proposed the Global Development Initiative and the Global Security Initiative, which have been widely recognized by the international community, including SCO countries.

At the Qingdao Summit of the SCO in 2018, Xi said that the Chinese government supports building a demonstration area in Qingdao for local economic and trade cooperation between China and the SCO.

Since then, the China-SCO Local Economic and Trade Cooperation Demonstration Area in Qingdao has grown into an important logistics hub with flourishing freight train services.

China's efforts to promote SCO development in economic and trade, as well as in other areas including health and poverty alleviation have benefited people in different countries.

Within the framework of the SCO, the member states are witnessing significant economic development, great improvement in people's lives and closer relations with each other, which has attracted countries outside the organization, Zhang, secretary-general of the SCO, said.

Committed to true multilateralism, the SCO has always opposed hegemonic, domineering and bullying acts, and will never attempt the forming of cliques.

To translate true multilateralism into practice, the organization has been making full use of the SCO-Afghanistan Contact Group and actively cooperating with such international and regional organizations as the United Nations, the Association of Southeast Asian Nations (ASEAN), and the Conference on Interaction and Confidence Building Measures in Asia.

It has also been promoting synergy between the Belt and Road cooperation and the development strategies of various countries and regional cooperation initiatives such as the Eurasian Economic Union. 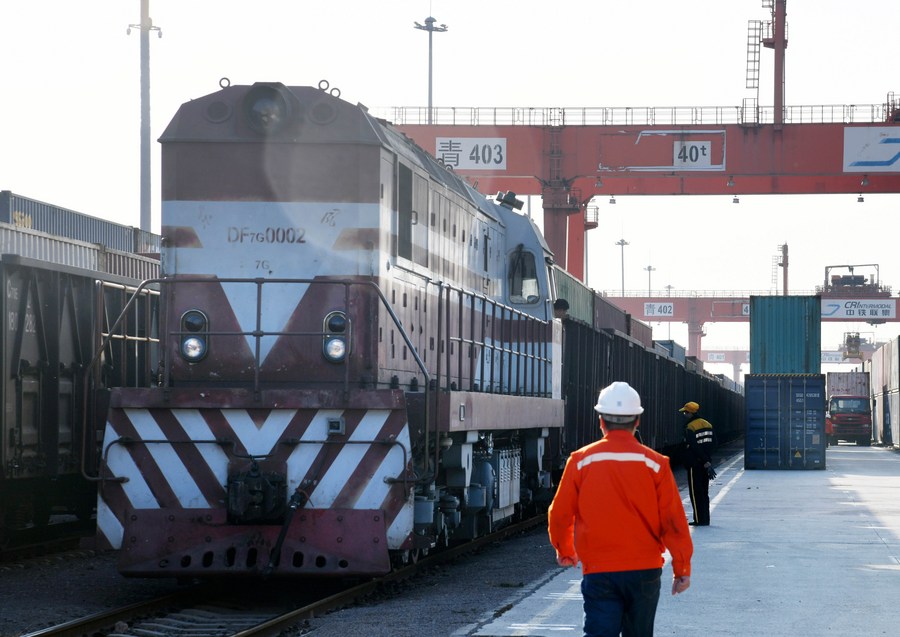 Meanwhile, the SCO calls for observing the purposes and principles of the United Nations Charter and the principles of extensive consultation, joint contribution and shared benefits, providing a new platform and model for multilateral cooperation to improve global governance.

As B.R. Deepak, a professor at Jawaharlal Nehru University in India, has said, the SCO "has proved to be an excellent example of multilateralism in the 21st century," and "has played an important role in enhancing the voice of developing countries in global institutions and forums."

Over the past 30 years, China's relations with the two countries have maintained a sound momentum of development.

Since 2013, China-Kazakhstan relations have achieved leapfrog development with the Belt and Road cooperation, bringing tangible benefits to the people of the two countries.

In 2021, the Zhanatas wind power plant, the Turgusun hydropower station and other China-built projects were completed and put into operation. Kazakh companies have participated in the China International Import Expo for four consecutive years. The import and export of goods between China and Kazakhstan totaled 25.25 billion U.S. dollars in 2021, up 17.6 percent year-on-year. Their economic cooperation has withstood the tough test of the pandemic and shown strong resilience. 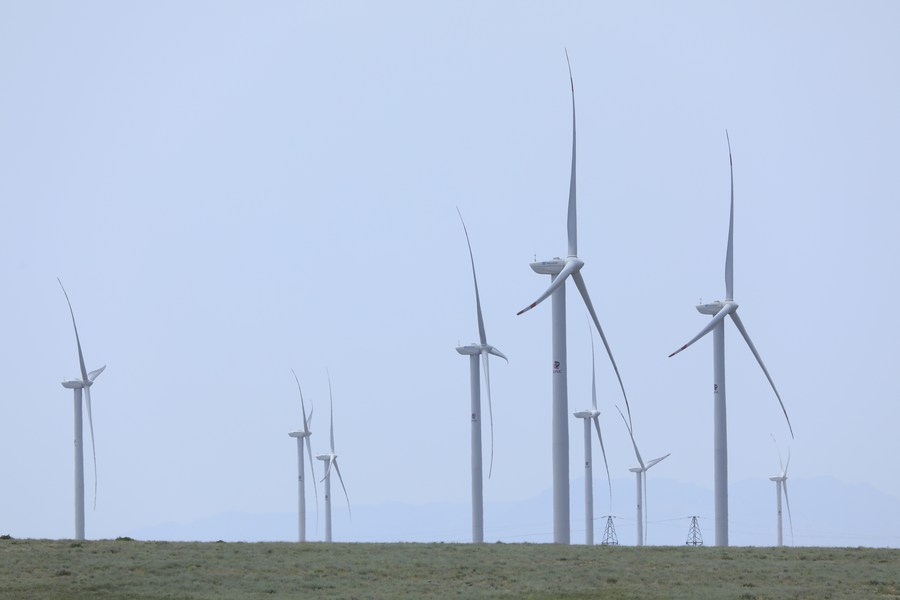 Wind turbines are seen at central Asia's largest wind farm built by a Chinese firm near the city of Zhanatas in the Zhambyl Region, Kazakhstan, May 24, 2021. (Photo by Kalizhan Ospanov/Xinhua)

Xi visited Uzbekistan in 2013 and 2016. In 2016, China-Uzbekistan relations were upgraded to a comprehensive strategic partnership. Since then, China has been Uzbekistan's largest trading partner and largest destination of exports.

Under the framework of the Belt and Road Initiative, the two sides have carried out close cooperation in the fields of economy and trade, investment, energy, transportation, agriculture and people-to-people exchanges, and undertaken a number of projects like the Pengsheng industrial park and China's Ming Yuan Silu Corp-funded plate glass manufacturing and deep-processing facility.

Kazakhstan and Uzbekistan are both important participants and contributors to Belt and Road cooperation.

More than 2,000 years ago, along the ancient Silk Road linking Asia and Europe, civilizations in the East and West told a story of mutual assistance and mutual learning. Now the Belt and Road has carried forward that spirit across the Eurasian continent, bringing SCO members even closer.

Sun Zhuangzhi, director of the Institute of Russian, Eastern European and Central Asian Studies at the Chinese Academy of Social Sciences, said that in line with the concepts of "a green Silk Road" and "a digital Silk Road," practical cooperation among SCO member states will be expanded to green development, digital economy and other areas in the future.

After more than 20 years of development, the organization has been forging ahead toward closer cooperation. As the Samarkand Summit is approaching, the SCO is expected to continuously uphold the Shanghai Spirit, commit itself to building a closer SCO community with a shared future, and make greater contributions to lasting peace and the common development of the world.