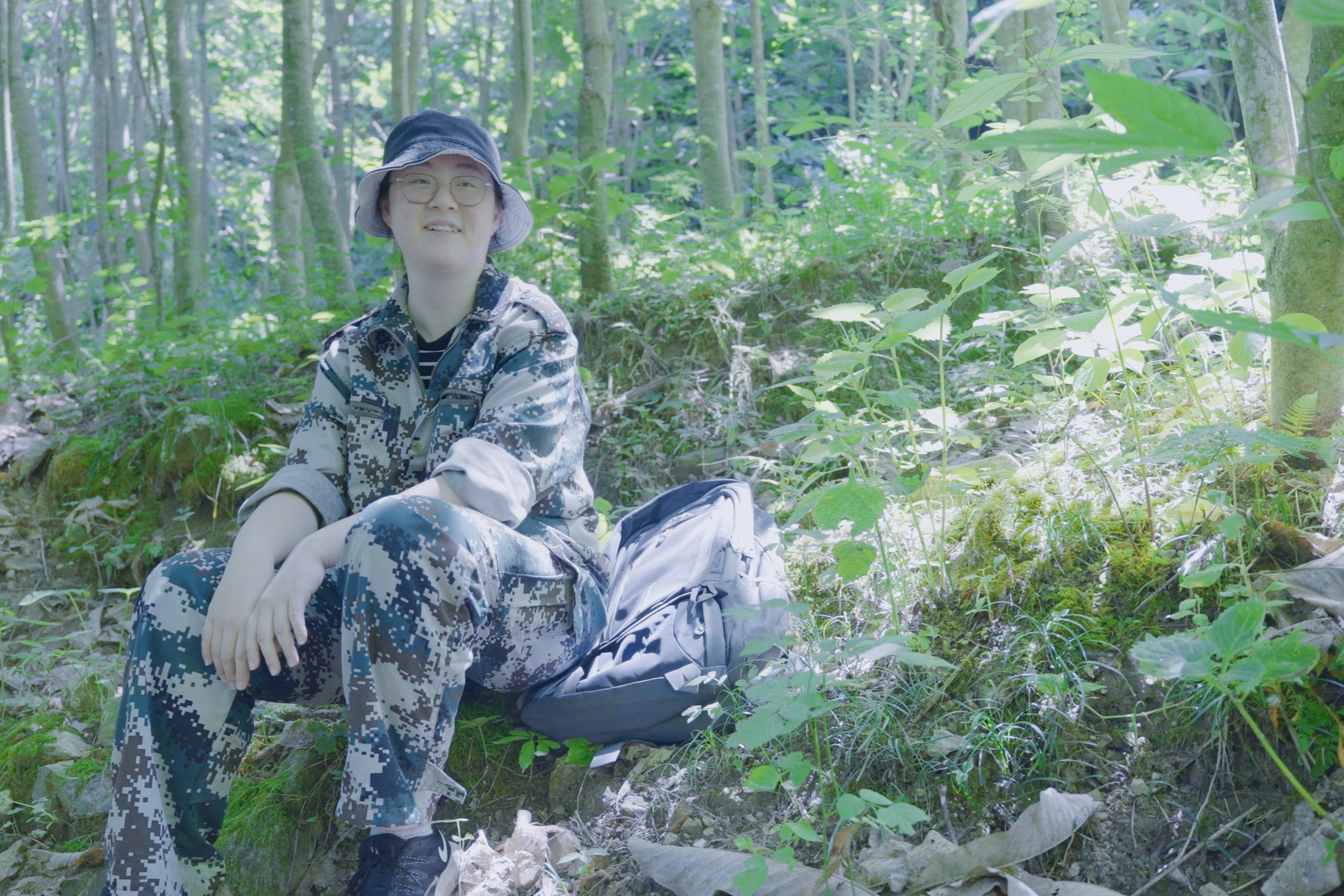 Chen Yuanyu poses for a photo among Magnolia trees while on patrol in the Qinling Mountains on August 9, 2022. The Magnolia, called Houpu in Chinese, is used as a supplement in traditional Chinese medicine . (People’s Daily Online/Yuan Meng)

Chen Yuanyu, born in 1995, left her hometown of Xi'an city, capital of northwest China’s Shaanxi province, for a rural county situated among the sloping folds of the middle ranges of the Qinling Mountains. After giving up a job offer to become a programmer upon graduating from university, the young woman decided she would rather become a forest keeper in the Foping Nature Reserve. Confident in her decision, Chen was quick to affirm that she was now “proud to be a mountain guardian.”

As a member of the Generation Z and the only female on her team, the brave woman has contributed her efforts to the protection of the ecosystem of China’s northernmost habitat for the giant panda after persuading her family living comfortably in the city to support her work in the rugged and remote mountainside. Chen has put her power and strength on full display, carrying out daily patrols and going all out to do her part to preserve the mountains and rivers that the giant pandas in the area call home.

Girl power: softness is not a weakness but instead a strength

When Chen first joined the team of forest ranger s, she initially believed that all her efforts would be exerted in catching up with her male counterparts during their work inside the forests, requiring her to redouble her efforts to produce the same solid results needed to succeed. However, her thoughts have since undergone something of a transformation. As the only woman on the team, Chen encountered some difficulties that she had to overcome, including when having to cross mighty rivers during her team’s daily trek. Once she attempted to have a try in view of other’s success; but afterwards, a local suggested her to avoid taking such chances.

Under such circumstances, one possible risk could be that an accident takes place, which would mean that other team member might have to come to the rescue, potentially putting themselves in danger. Obtaining lessons from reality, Chen said “as the only girl on the team, I am not afraid of my incapability and not engaging in something beyond my abilities is neither timid, nor a weakness, as I contribute my share by making up for this in other aspects.”

This approach echoes a concept found in the ancient Chinese philosophical tradition of Taoism: “Water is fluid, soft, and yielding. But water will wear away rock, which is rigid and cannot yield. As a rule, whatever is fluid, soft, and yielding will overcome whatever is rigid and hard. This is another paradox: what is soft is strong. ” Softness can therefore be another form of strength. 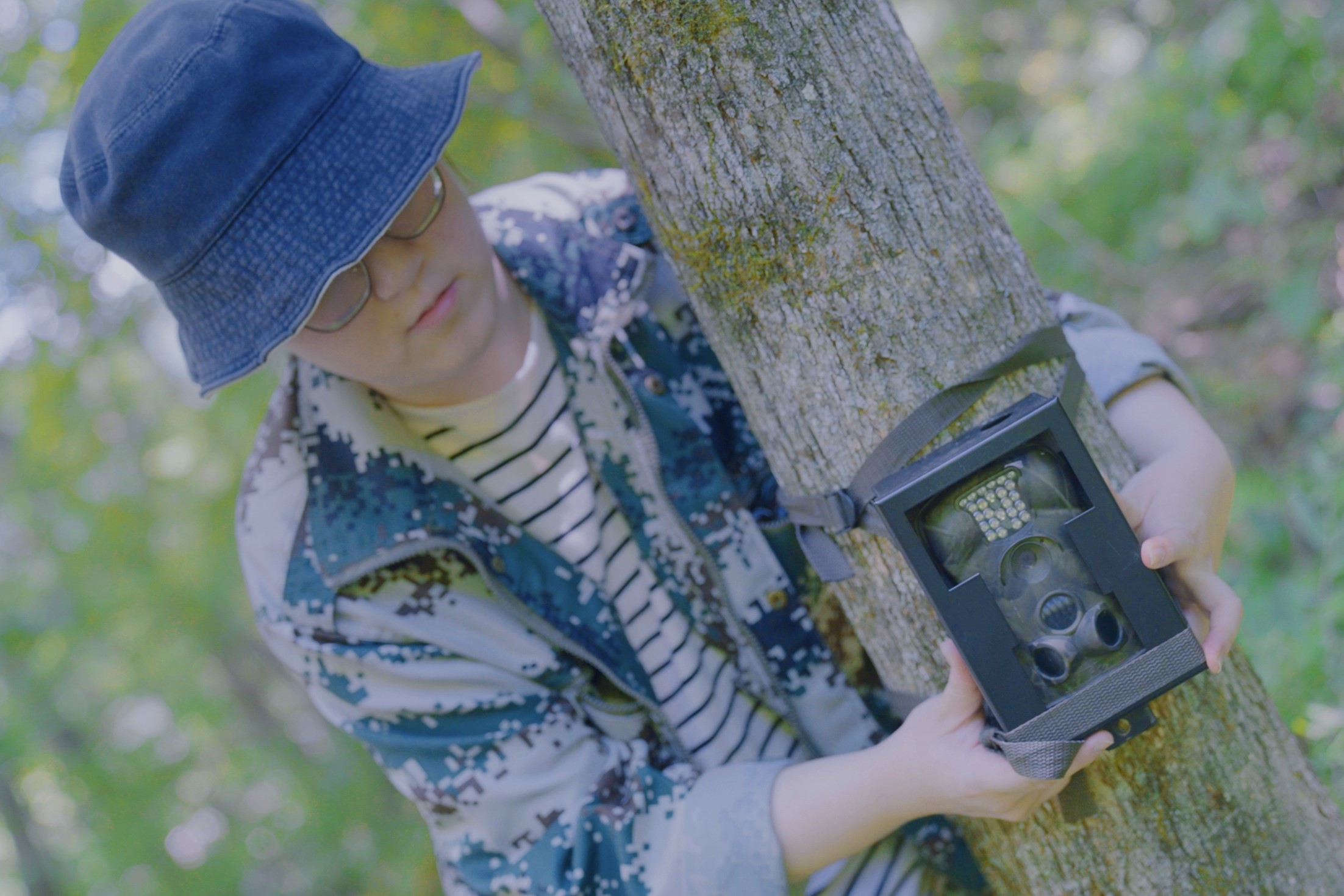 Chen’s job involves daily patrols of the forest at least once every two days, which also involves searching for and recording any wildlife tracks, in addition to accessing, cleaning and maintaining infrared cameras set up along their route, while capturing photos and conducting natural resource surveys. The information about the date, weather, and number of animals, species, and potential pests, as well as on different geographic features and locations, also need to be collected.

“My father is actually a city person, and he has hardly borne any hardships in his lifetime. So he doesn’t understand why his daughter would choose to stay on a remote mountainside. And nor does my grandpa,” Chen recalled, referring to the first impression that her family had regarding her choice of occupations as a forest keeper.

Among the four protection stations, Chen chose the most secluded one for the sake of its surrounding environment, which also requires an 8-kilometer hike in order to access in comparison to those sites able to be reached by vehicles. Seeking to gain the encouragement and support of her next of kin, Chen invited her father several times to come have a first-hand look at her daily life on a weekend excursion.

In the end, the head of the household finally came down from his high horse and took a stroll with his daughter in the forested mountains of Shaanxi, having at last relented in his doubts upon experiencing the trek for himself. 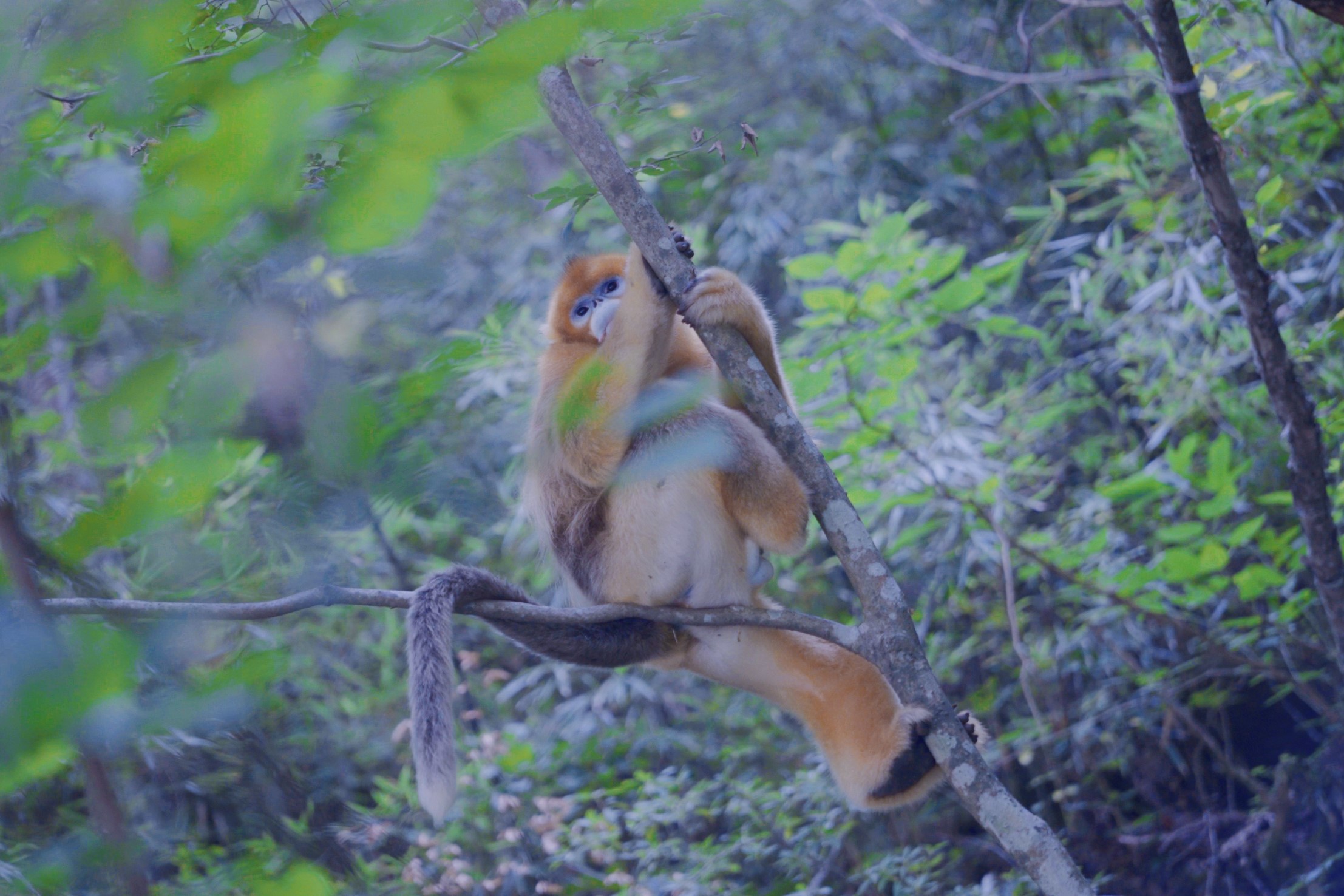 Fresh air, clear waters, lush mountains, overflowing herbs, amazing wildlife, and even traces of giant pandas roaming off in the near distance, revealed the profound magnetism of the Qinling Mountains to Chen’s father during their long walk together on the mountainside. The man also slept more soundly than ever before in his first nighttime slumber amidst mother nature. On their second day, she accompanied her father on the 8-kilometrer march on foot to see him off before his return to Xi’an, before making the same 8-kilometer trip back to her remote post in the forest. Her father burst into tears at the end, having completed the long journey alongside his daughter. “Dad, you’ve walked together with me, and you like it here, right? I don’t feel tired, because I like here,” Chen remarked. 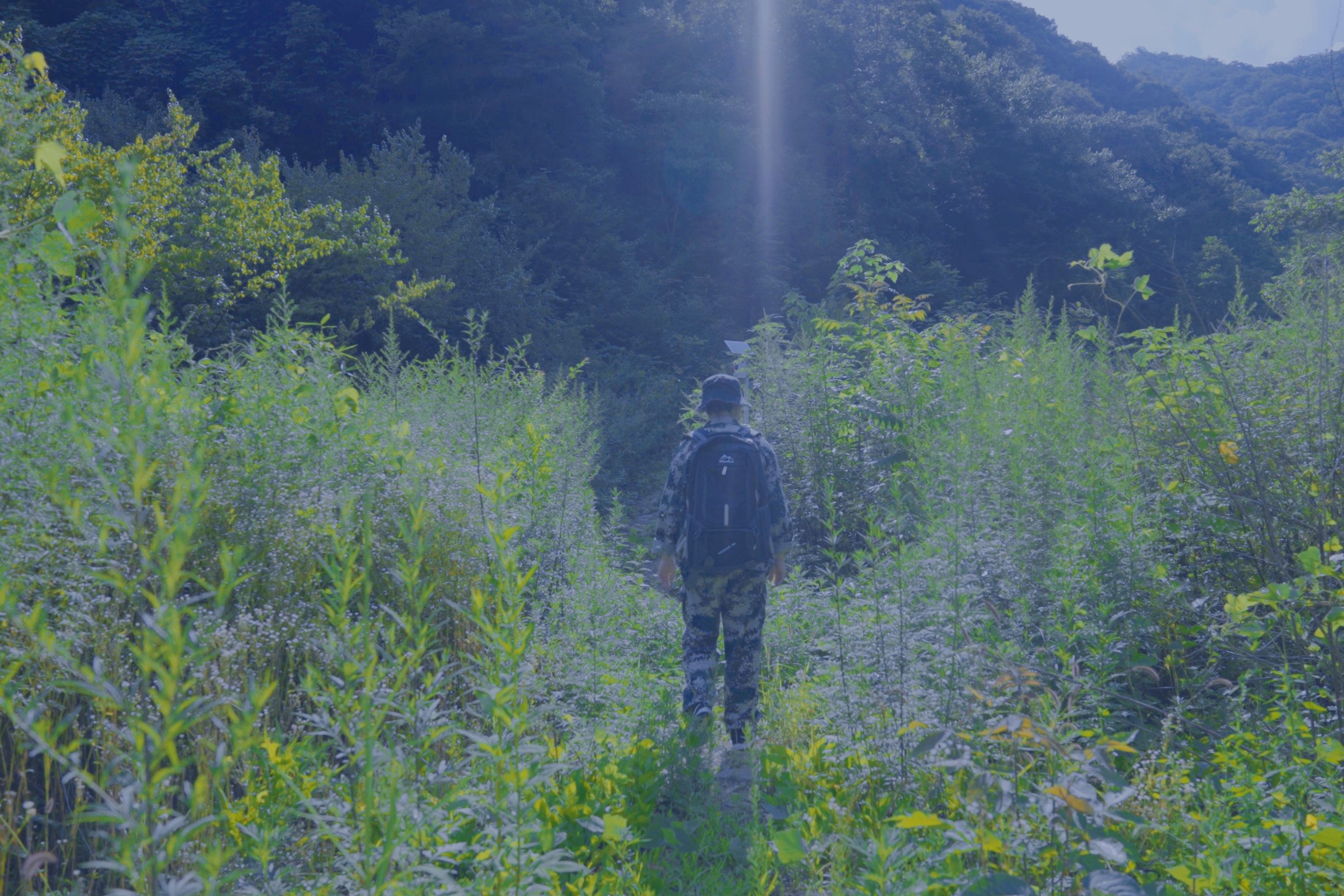 In fact, the tears proved to be the most apt expression of a father being overwhelmed by his daughter’s passion and zest for life. A youthful woman in her twenties feels inclined to leave the big city, leaving her family and friends behind, all in order to head towards the remote mountainside to play a small part in the conservation and protection of nature, while safeguarding the giant panda’s habitat, this is surely a remarkable story for anyone to behold.

Encounters with the giant panda: love at first sight

“The most captivating part about my job is when coming across giant pandas, golden snub-nosed monkeys, and various plants and herbs,” Chen said. The forest keeper felt as if she had developed a deep connection with the giant pandas living in the area and had a special place for Qinling Mountains in her heart.

One day, she was all alone on a familiar path that was only about a meter wide, passing through a bamboo forest. She recalled a sudden remarkable encounter unlike any other she previously had while trekking through the forest canopy: “When I turned my head to look back, I saw a panda lying there. At that moment, I was just totally stunned.” They were so close to each other, so close that Chen even forgot to raise her camera to capture a photo as a memento.

During that very first encounter, she had no idea whether to move or stay still because she was just too nervous and lacked any such previous experience. The funny thing is that the panda bear, named Yimao, didn’t even noticed Chen in the first place. Instead, the giant panda was playing with its lunch in its paws. Then, at one moment, it suddenly raised its head and caught a glimpse of her. The shock of being in that moment made Chen feel a bit stressed, who wondered how she might react if Yimao had made a move for her, and with no one accompanying her on that day. 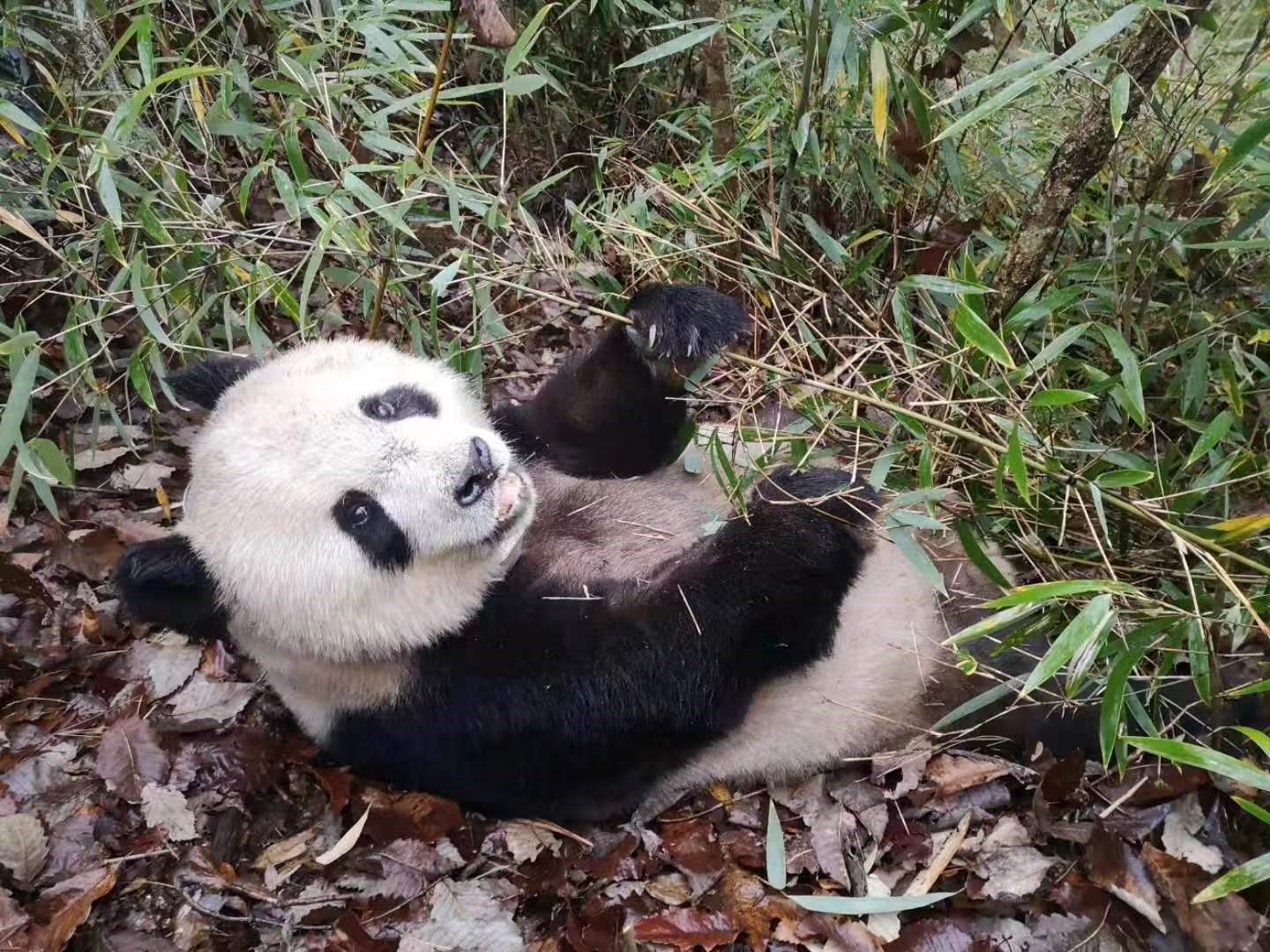 After looking at each other for about 10 seconds, Yimao put down the bamboo and then turned back before ambling deep into the forest. Chen felt relieved. By then she had yet to realize that the panda was Yimao, but only became aware of this after mentioning the encounter to her colleague. Yimao, also nicknamed “Maomao” by other forest keepers, is a gentle animal friend already familiar with locals and acquinted with an older panda also living in the area. So luckily, the panda was already accustomed to the sights and smells of human beings. Unlike other giant pandas who might be alarmed in the face of a person or some other large animal, generally a panda will run away if it feels intimidated by the presence of some creature off in the distant .

This encounter gave Chen a deeper understanding of the meaning of serving in the role of a forest keeper. She left with a fresh outlook and an even firmer frame of mind to continue protecting the mountain forests.

Chen asked herself proudly: “How could Xi'an become the capital of 13 dynasties including the Tang Dynasty and nourish so many people?” The largest share of the contribution falls on the Qinling Mountains.

As the locals often say, wind brings to lands southward the soil of the Chinese Loess Plateau in north-central China, while the Qinling Mountains are like a wall, holding together the land’s soils, letting the Guanzhong region stand. Besides, the Qinling Mountains are the source of the Feng River and Jue River that cross around Xi'an, and are representative of China’s rich biodiversity, as well as being home to more than 300 giant pandas .

However, the surging growth of the human population during the Tang Dynasty brought overfishing, unrestricted logging, excessive hunting, and overexploitation of the mountain landscape and natural resources. Many centuries later, gone were the heydays of Xi'an during the era of ancient China. Nowadays, the Foping National Nature Reserve alone has become the home to 1,271 species of seed plants, 338 species (subspecies) of vertebrates, and 1,353 species of insects . In view of Qinling Mountains’ geographic location, natural resources, colorful biodiversity, and deep cultural and human elements, it’s no wonder that such a wonderland can attract a youthful woman from Generation Z to seek out a new adventure away from the hubbub of the big city life by taking on the role of forest keeper and guardian of the mountain forests of Shaanxi. 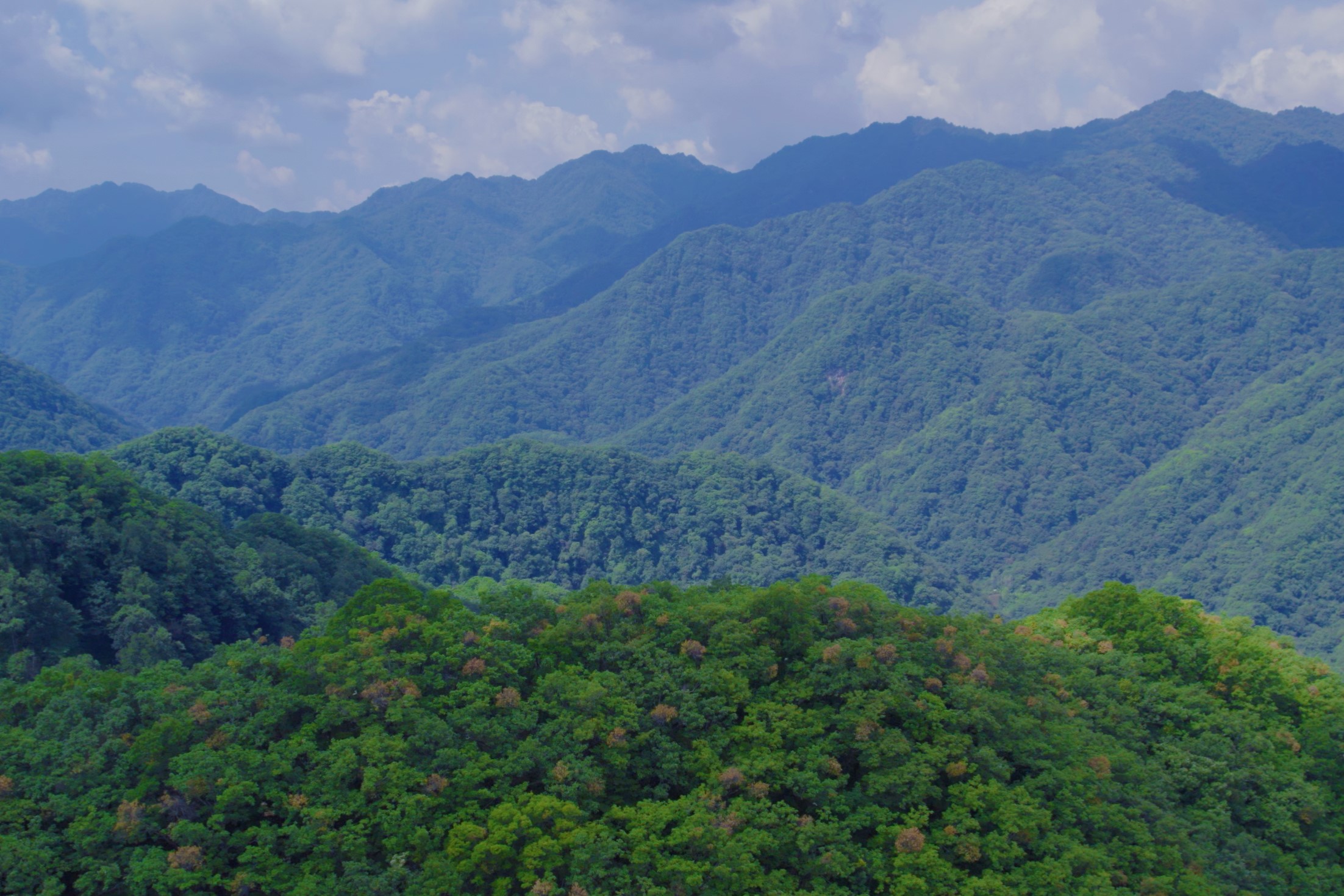 Photo shows an aerial view of a section of the Qinling Mountains. (People’s Daily Online/Yuan Meng)

Why is protecting the Qinling Mountains so crucial? The Qinling Mountains are a treasure trove in all facets. Chen believes that if it was gone, the whole country, and even the whole world, would suffer from a huge loss. It’s okay to embrace the silence of a forest today, and it’s okay to accept the absence of soils and water sources tomorrow, but how could the animals, plants, and local residents survive the day after tomorrow after losing what their lives rely on? “Protecting the Qinling Mountains is to protect humans themselves. Lucid waters and lush mountains are invaluable assets,” Chen affirmed .