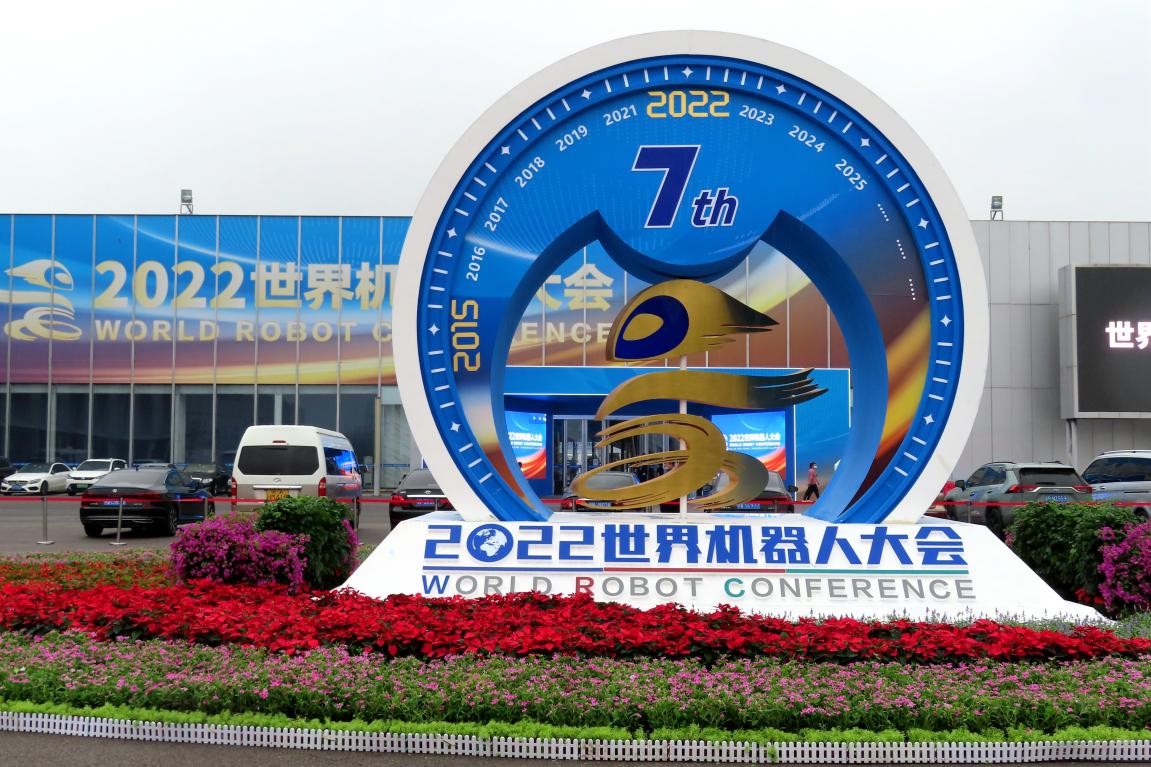 On Aug. 18, 130 robot dogs danced to the music on a 1,000-square-meter stage at the Beijing Etrong International Exhibition and Convention Center, to celebrate the opening of the 2022 World Robot Conference (WRC).

The WRC is the largest and highest-level robot event with the widest foreign participation in China. It has become an important bridge of technology and industry linking China and other countries.

Over 500 advanced robots were exhibited at the four-day event, of which 36 were debuted, the most in the WRC history, said Liang Liang, deputy chief commander of the WRC and deputy secretary-general of the Chinese Institute of Electronics (CIE).

For instance, a 1:1 robot replica of Teresa Teng Li-Chun, a renowned deceased Chinese pop singer, was displayed singing in an exhibition hall of the event, and a robot version of Albert Einstein was "teaching" physics to visitors. Besides, a robot was even able to imitate visitors' facial expressions. 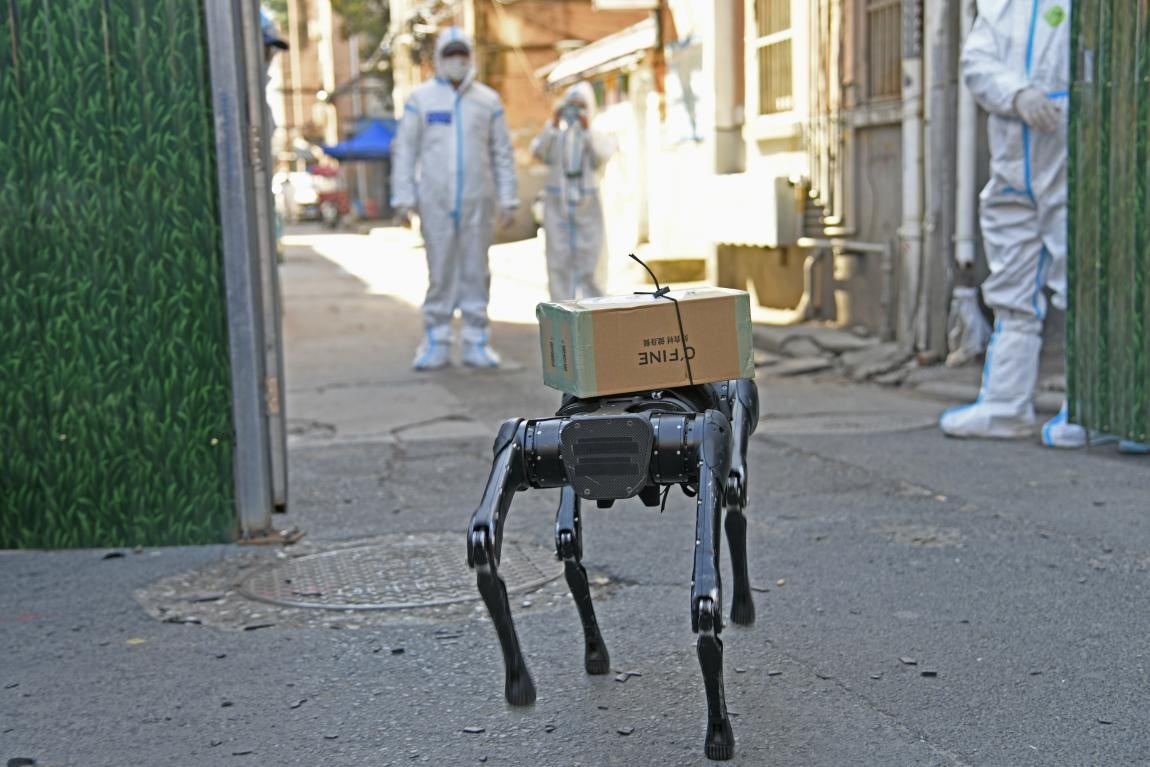 China's robot industry has stepped to a new level, and China has become the world's largest market for robot applications, said Xin Guobin, vice minister of China’s Ministry of Industry and Information Technology.

In recent years, the Chinese robot industry has embraced fast expansion, with wide application scenarios in both industries and services.

At this year's WRC, the concept of "robot plus" was highlighted, which facilitates the application of robots in agriculture, manufacturing, logistics, healthcare, finance, home decor and many other industries. It demonstrated the important role played by robots in the intelligentization and digitalization of traditional industries.

In the field of medical care, robots are not only helping patients recover as rehabilitation exoskeletons, but also able to help surgeons to complete various types of surgeries such as joint replacement, minimally invasive, and vascular intervention surgeries in a convenient and safe environment.

In agriculture, robots are being applied to help with farming, fruit picking, animal husbandry and other agriculture operations. 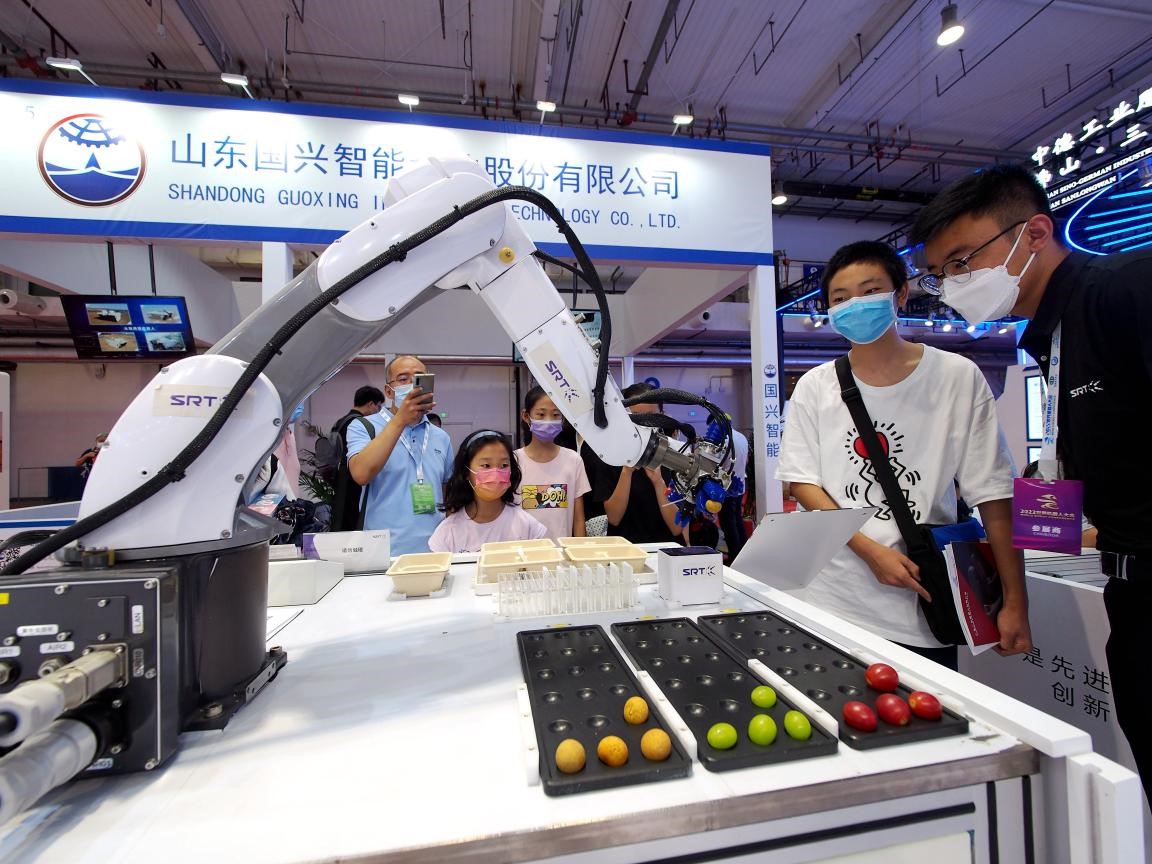 At the WRC 2022, a firefighting robot that's able to work over 30 minutes in an environment with a temperature over 1,000 degrees Celsius was displayed. The robot can perform lasting firefighting and reconnaissance missions at dangerous firegrounds for rescuers.

Apart from being applied in industries, robots are also getting closer to people's daily life with various abilities of massage, cooking and coffee making. They not only represent cutting-edge technologies, but also are changing the lives of the people.