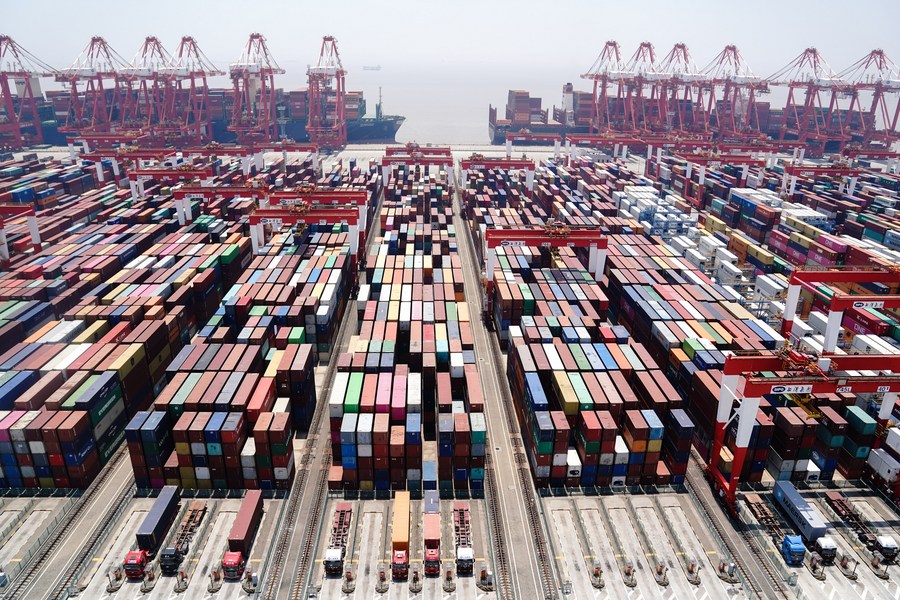 Shanghai has made pioneering progress in its pursuit of all-around development over the past decade, according to a press briefing held Monday.

Over the past 10 years, Shanghai's urban function has achieved a new leap forward. The total transaction volume in the city's financial market has surged from 528 trillion yuan to 2,511 trillion yuan. Shanghai Port's container throughput has ranked first globally for 12 consecutive years.

Shanghai has made new breakthroughs in its reform and opening up. The China International Import Expo has been held in the city for four consecutive sessions. Shanghai is now home to 857 regional headquarters of multinational corporations and 516 foreign-funded research and development centers.

The city has also focused on ensuring and improving its residents' livelihoods. Shanghai's per capita disposable income increased from 38,600 yuan in 2012 to 78,000 yuan in 2021, and its average life expectancy was up from 82.41 years to 84.11 years.