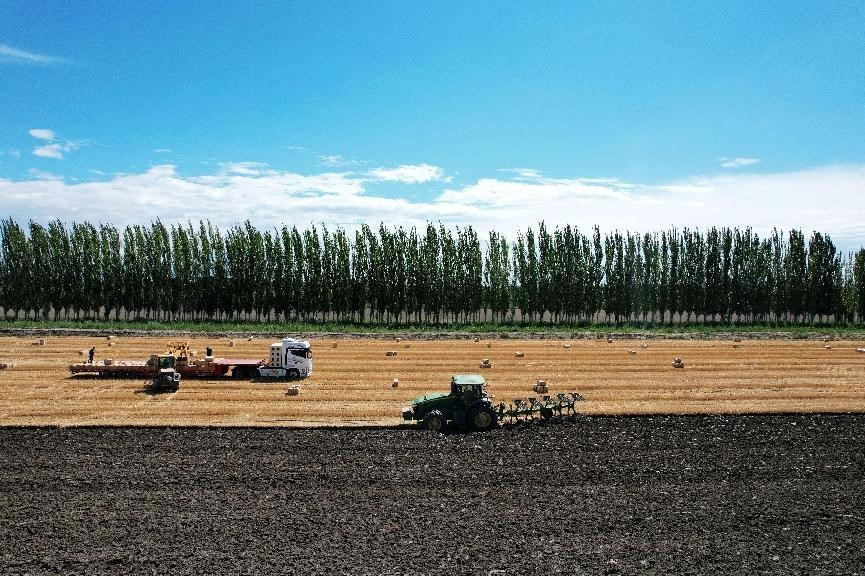 Based on the so-called "Uyghur Forced Labor Prevention Act," the U.S. defines all or part of the products manufactured in Xinjiang as so-called goods produced through forced labor, and prevents Xinjiang-related products from entering the U.S.

What's behind the lies concocted by the U.S. is clear - protectionism in disguise of human rights.

As a matter of fact, the U.S. is oppressing Xinjiang's competitive industries through political means, which is typical economic coercion and complete political manipulation. It seriously undermines the conventions and rules of the international trade.

China is the world's second largest cotton producer, as well as the largest cotton importer and textile producer. It is also the world’s largest photovoltaic (PV) manufacturer and has more installed capacity than other countries.

Large-scale mechanized and industrialized production has been achieved in Xinjiang. For instance, in most of the areas in the autonomous region, more than 98 percent of the cotton sowing work was carried out by machines, some of which were guided by the BeiDou Navigation Satellite System and autopilot technology. Besides, drip irrigation and mechanical picking have been widely adopted in Xinjiang's cotton production.

Xinjiang's products have been deeply integrated into the global industrial and supply chain. The fundamental reason lies in the autonomous region's industrial advantages and the quality of the products.

The so-called "Uyghur Forced Labor Prevention Act" is implemented to protect U.S. trade, not human rights. It is not preventing the so-called goods produced through forced labor, but eliminating competitors of the U.S.

Some American politicians have claimed under public occasions that the U.S. would compete with China in clean energy and other areas. The so-called "Uyghur Forced Labor Prevention Act," which requests American companies and other countries to remove Xinjiang's products from the supply chain, is exactly an excuse for the U.S. to contain Xinjiang's industrial advantages and transfer the PV industry out of China.

The U.S. claims that its commerce and industries are facing unfair competition. However, it indeed is the one preventing fair competition by politicizing the economy.

The so-called "Uyghur Forced Labor Prevention Act" is another piece of hard evidence proving U.S. sabotaging the order of international trade and the rules of free trade.

Following a principle of "presumption of guilt," the U.S. arbitrarily detains or confiscates the products from Xinjiang and requests all Xinjiang-related enterprises around the world to prove their "innocence." It has seriously distorted the normal order and competition of global trade, and trampled on the fair competition principle and the rules of the WTO.

To prove the so-called "innocence," relevant enterprises have to spend tremendous manpower, materials and money. They even have been forced to seek more expensive substitutes, which significantly drives up their cost. The so-called act has brought significant and unreasonable pressure to global importers.

Such practice receives little support as it is against the market rules and business ethics, and undermines the international business environment. It has been strongly opposed by a number of American companies.

Former chairman Rick Helfenbein of the American Apparel & Footwear Association said the enforcement of the act was like a "level-10 typhoon" for relevant American industries.

Sean Hunkler, CEO of American company FTC Solar noted that the practice of the U.S. restrained the imports of PV parts and the development of the American PV industry, as many enterprises had been forced to halt production and shipment. 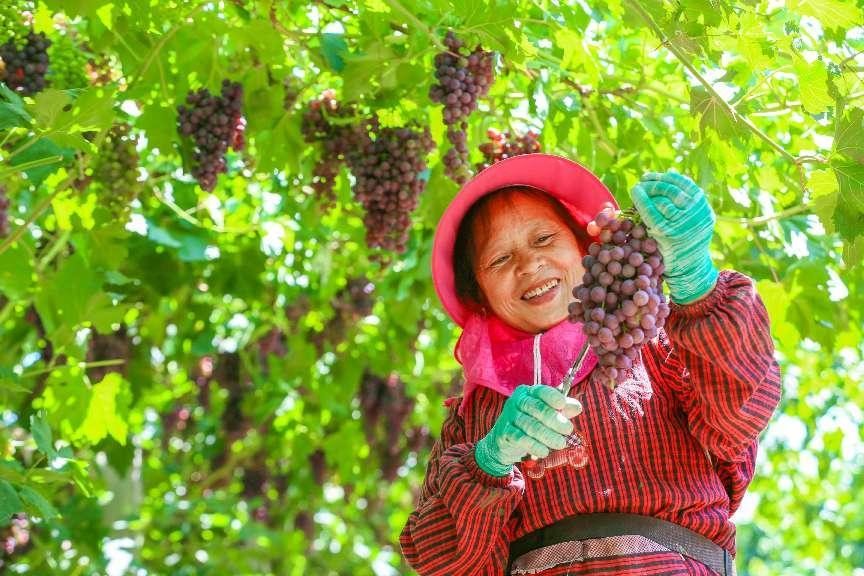 Politico believes the enforcement of the act would throw American retailers and manufacturers into chaos, and some analysts said the act might exacerbate the inflation of the U.S., which has hit a 40-year high.

It will be proved that the so-called "Uyghur Forced Labor Prevention Act," which tries to take Chinese enterprises' fair opportunity to join global trade competition, will only end up hurting the U.S. itself.

A business insider from Xinjiang recently said that Xinjiang would focus more on technological innovation and make better products that are more competitive, so as to prove its capability to more partners and leave the choice to the market. It indicates that Xinjiang's products fear no fair competition, nor the political manipulation by the U.S.

The U.S. should reflect on its protectionist and hegemonic practices, stop political manipulation, halt sanctions against Xinjiang, and abandon the practice of undermining the rules of international trade and hindering global growth.