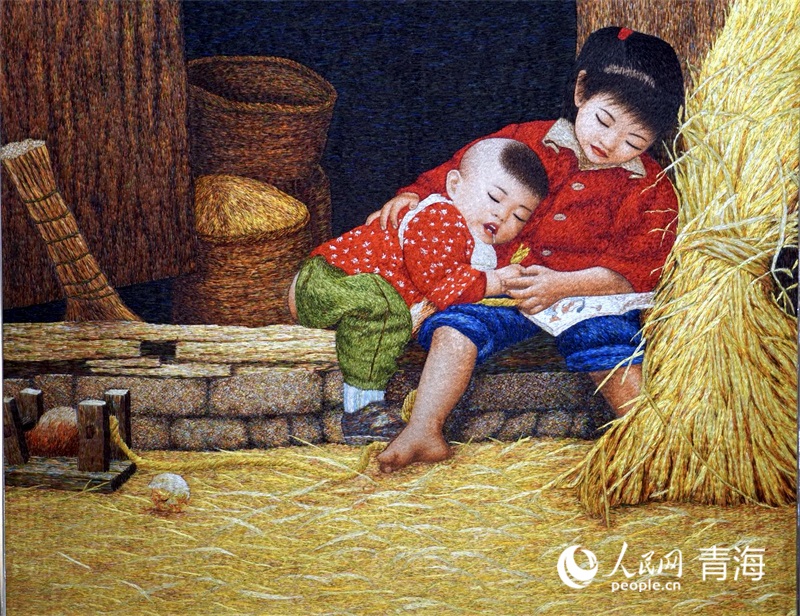 “When I was 12, I started to learn embroidery from my mother and my grandmother, and I’ve been engaged in the trade for 30 years. In the past, women of the Salar ethnic group would embroider pillows, waist belts, and shoe pads when they were preparing a dowry for a daughter of the family when she got married,” said Han Yimina, an inheritor of the embroidery craft from the Salar ethnic group, the craft being a provincial-level intangible cultural heritage project in northwest China’s Qinghai Province.

Enjoying a long history, the Salar embroidery is known for the application of exquisite stitching skills and its workmanship, with the finished embroidery works taking on a three-dimensional form. Besides, the original features of the Salar embroidery works have been well-preserved and improved, which has enabled these artworks to fully embody local people’s traditional culture, folk customs, and other characteristics that define the locality.

Han Yimina and her husband founded a company in 2007 in Xunhua Salar Autonomous County, Haidong city, Qinghai. Nowadays, women from 120 households in the locality work for the company, with these women also having time leftover to do their own farm work at home, meaning that they make money as both workers and farmers. 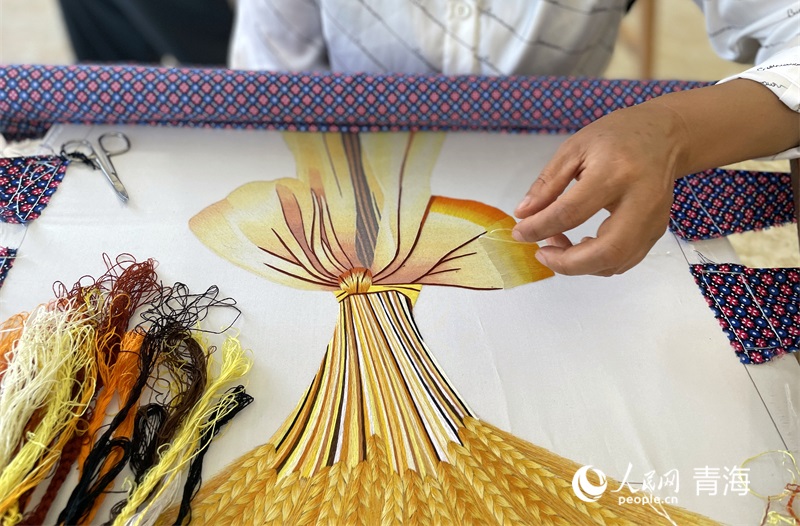 In 2012, Han Yimina found that the Salar embroidery had entered a bottleneck period and was on the verge of extinction. To save the craft from being forever lost, she sought support from various departments in Xunhua Salar Autonomous County and then, with assistance and support from relevant departments, she organized 29 training sessions in Salar embroidery techniques on behalf of women of the Salar ethnic group. Through the training sessions, more women in the locality came to know about the embroidery culture of the Salar ethnic group, while many young women were able to proficiently master the embroidery skills, contributing their efforts to inheriting and eventually passing on the culture of Salar embroidery.

Between 2010 and 2020, a total of 2,600 women of the Salar ethnic group were taught embroidery skills with the guidance of the training program.

“In the past, women of the Salar ethnic group worked as migrant workers or ran restaurants. Nowadays, they can make money without leaving their homes. Most of the flexibly employed women can earn 20,000 yuan ($2,960) in a year,” said Han Yimina. 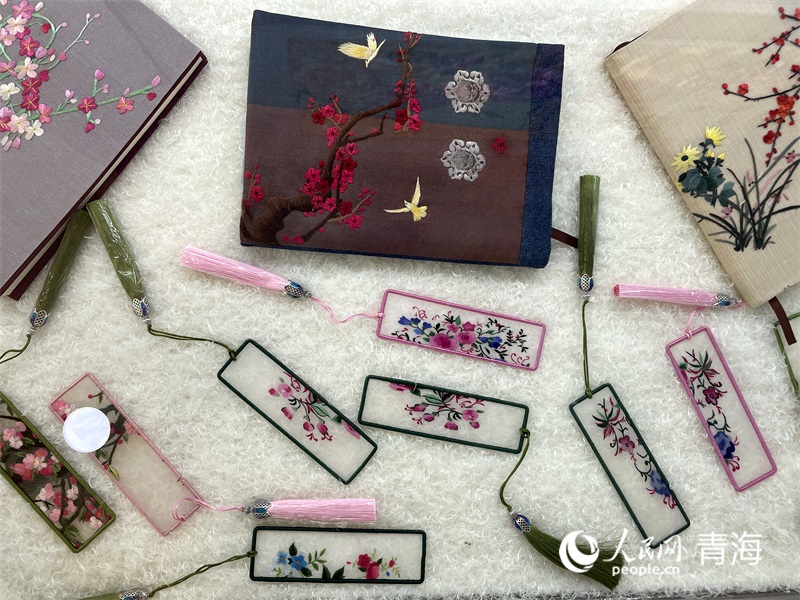 In addition to inheriting the culture of Salar embroidery, Han Yimina also actively takes part in communication activities and has constantly embraced new innovations in a bid to inject a renewed impetus into the artform. Her company now produces over 380 embroidery products compared with 18 when it was just established.